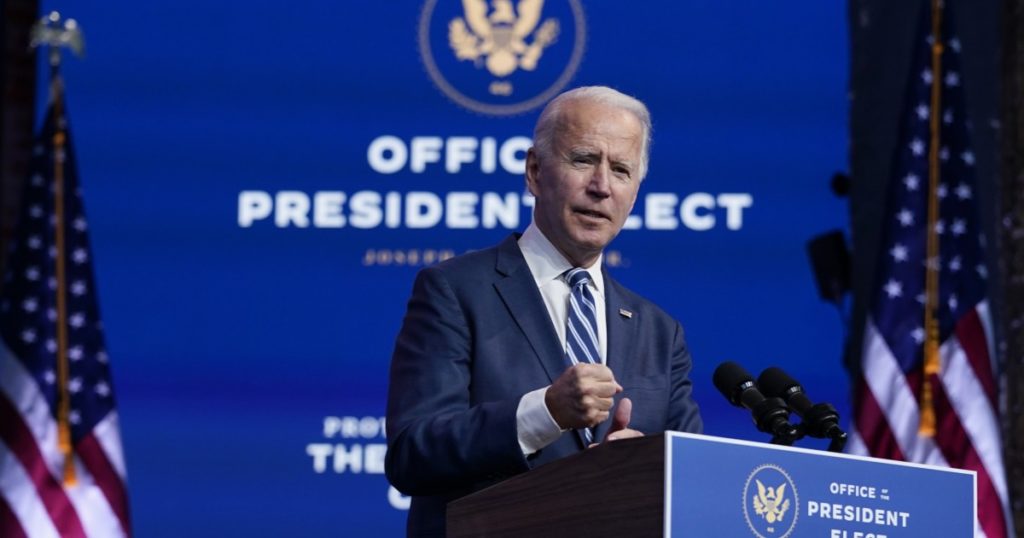 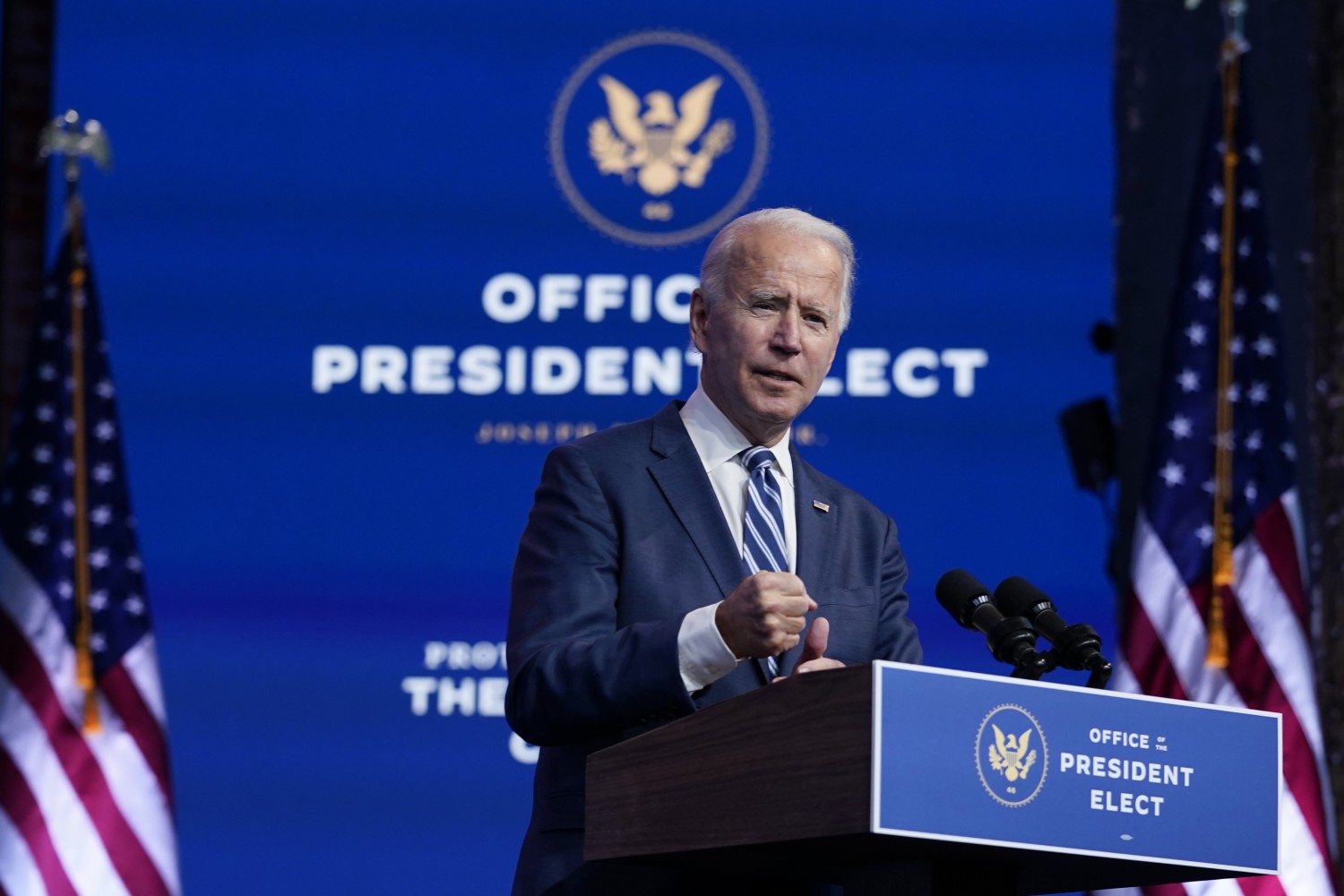 As members of the electoral college meet in state capitals across the country Monday to make official the victory that voters gave to Joe Biden weeks ago, President Trump’s desperation to cling to power has turned what is typically a little-noted event into a flashpoint for yet more anxiety and drama.

The president is unlikely to succeed in hijacking the constitutionally required convening in all 50 states, which for more than a century stood out only for how little attention or controversy it drew. But his push in past weeks to rig the electoral college — and thereby overturn the will of American voters — puts Trump in a category by himself among presidents.

Not since Reconstruction has there been more strain on America’s elections system, nor have so many voters been skeptical of the integrity of the vote count. It may prove one of Trump’s most enduring legacies.

“There’s no question that having two-thirds of Republicans, and about a third of the country, questioning the legitimacy of the duly elected president is not healthy for a democratic political system,” said Whit Ayres, a longtime Republican pollster.

The electors are expected to do as they’ve always done — cast their votes for the candidate certified to have won their state — cementing President-elect Biden’s win and rejecting Trump’s unabashed crusade to overturn the election results on baseless claims of voter fraud, just as dozens of federal and state courts have done.

The question is what bad feelings will linger among the citizenry. Trump has persuaded much of the Republican Party that the election was illegitimate. The fallout could undermine not just Biden’s authority as he tries to steer the nation out of a pandemic and economic distress, but also the foundation of democracy — the assumption that Americans will accept the results of free and fair elections, and support the peaceful transfer of power.

“There is always discontent after an election and always people who think the other side stole it,” said Brendan Nyhan, a Dartmouth professor and co-director of Bright Line Watch, a group of academics who track the resilience of democratic institutions. “The question is whether elites recognize and affirm the legitimacy of that election. If a party refuses to recognize the validity of the other party holding power, democracy is in big trouble.”

“My worry is that alleging the election was stolen and questioning the legitimacy of the other party’s victory becomes a part of the Republican Party playbook,” Nyhan said.

Nearly two-thirds of the Republicans in the House, including their highest ranking member, Minority Leader Kevin McCarthy of Bakersfield, last week joined a widely panned Supreme Court lawsuit filed by Texas and joined by 18 other Republican-led states, aiming to overturn Biden’s win. The critics’ appraisal was confirmed by the Supreme Court’s swift dismissal of the suit Friday as constitutionally groundless.

The courts’ rejection of the cases from Trump and his allies, and the opposition to them from some Republican state election officials, are being held up by experts as signs of strength of the country’s democratic institutions. Yet behind that relief is anxiety about how this unsettling new dynamic could play out in a presidential election much closer than the one the nation just went through.

“Once this path has been illumined, it would be naive to expect that others will not try to exploit it in the future,” said Alex Keyssar, a Harvard University history professor and author of “Why Do We Still Have the Electoral College?” “The next person might be savvier about it.”

The outlook for American democracy hasn’t been so murky in decades, scholars say. Some are skeptical, however, that other Republican leaders could replicate Trump’s unique ability to use grievance and disinformation to make so many Americans believe elections are rigged.

“It remains to be seen if there are other politicians who can really take advantage of this,” said Charles Stewart III, a political science professor at MIT and co-director of the Caltech/MIT Voting Technology Project. “Elected politicians can only ride this pony for so long before they start to look like hypocrites. It calls into question the validity of their own election. They have to be deeply conflicted about attacking American elections this way.”

Scholars are watching closely to see whether voter suspicion of the results endures following the avalanche of court decisions exposing the hollowness of Trump’s claims. For hard-core Trump supporters, Stewart said, the rulings merely confirm a “deep state” conspiracy at work. But for other voters who may have favored Trump, doubts about the election’s fairness could quickly fade, he added, reflecting a longstanding pattern of skepticism immediately after an election is called among those whose candidate lost, followed by a return to confidence in the system.

If the past is any guide, Stewart said, a development as simple as victories for the Republican Senate candidates in next month’s special elections in Georgia could restore some faith among GOP voters.

Yet one thing seems certain: Trump’s attacks on the system will persist. In 2016 he predicted the election was rigged and then, even when he won in the electoral college, he still falsely claimed he’d been robbed of a popular vote victory because millions of illegal voters chose Hillary Clinton.

Historians have to reach back nearly a century and a half for an example of a major party trying to do anything like Trump has attempted. And that 1876 controversy, when Republicans and Democrats each claimed victory in the presidential race and submitted different slates of electors, hardly compares.

It happened during Reconstruction, amid widespread, legitimate concerns about voter suppression. A congressional commission ultimately awarded the election to Republican Rutherford B. Hayes.

Keyssar had one takeaway from Trump’s attempt to use the electoral college to cancel the election results: Perhaps do away with it and its unwieldy machinery. “It creates too many risks and sticking points, and potential for undemocratic interventions,” he said.

After Monday’s vote of the electoral college, another hurdle remains. Congress is to meet for the ceremonial counting of the votes Jan. 6. Already, some of Trump’s most ardent allies in the House appear to be preparing to use that event to try to deny Biden’s victory.

It is not clear how much enthusiasm other Republican lawmakers will have for going that long-shot route. While many were willing to join Trump in trying to subvert the electoral college vote, to do more may be a line many of them are not willing to cross.

Former Sen. Jeff Flake, the Arizona Republican whose criticism of Trump made him a pariah in his party, is hopeful that will be the case.

“It’s disappointing that more Republicans haven’t come out already and said, ‘This is beyond the pale. Certain things you just don’t do,’” he said. “But I think a lot are waiting for Monday and then it’s easier to be where they need to be.”