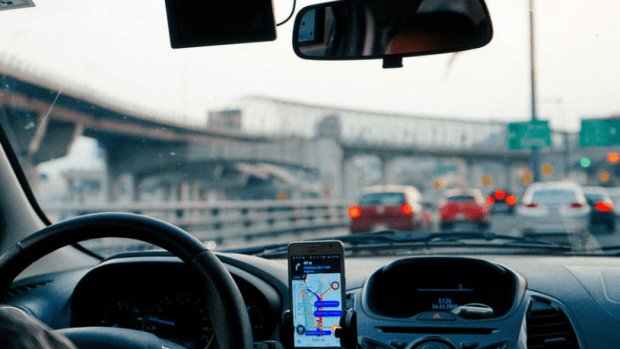 “Ride-hailing” apps that claim they can help end private car ownership are actually increasing it in many U.S. cities, a new study finds.

In a review of vehicle registration records in more than 200 metro areas, researchers at Carnegie Mellon University found that per-capita car purchases increased 0.7 precent on average in the years after Uber, Lyft and other e-taxi giants deployed their fleets, compared to projected registration rates prior to the entry to of the companies.

That might not sound like much, but for perspective, Americans registered 14.8 million cars last year, 0.7 percent of which would mean more than 100,000 additional vehicles on our roadways. (And yes, auto dealerships had a slow year due to the pandemic.)

And in cities that were already car-dependent before the app giants came to town, the increases were even steeper. Metros that had higher-than-average rates of private vehicle ownership to start out experienced, on average, an additional 1 percent increase in vehicle registration over the course of the study period when compared to peer cities — which could suggest it’s finally time to quash the idea that so-called “transportation network providers” are helping users get to inconveniently placed train stations, and thus helping them give up their cars.

The Carnegie Mellon researchers speculate that it’s more likely that app-taxi riders are becoming app-taxi drivers themselves — or that people who already drove are buying another car specifically to enter the gig economy.

“A transportation network centered on car-sharing services certainly could displace private car ownership in the future, but it’s not doing it now,” said Jeremy Michalek, a Carnegie Mellon professor of engineering and public policy who co-authored the study. “That was a surprise, and we don’t quite know why it’s happening. Drivers may be buying more vehicles in order to drive for Uber and Lyft; I’ve certainly talked to people who buy a separate vehicle for their ride-hail driving, and they don’t put their family in that vehicle. … And it’s also possible there may be people who are getting interested in private vehicle ownership for the first time because they try these services.”

Transit-rich cities didn’t experience quite as large a spike in vehicle ownership after gig-taxis joined their fleets, but that doesn’t mean the mode’s impact on our major metros is entirely benign. In places with high proportions of high-income households without children — think Boston, San Francisco, and Seattle — the researchers found that the rise of ride-hailing apps was associated with a larger fall-off in transit use than average.

Put another way: if you’re a rich person in a big city who rides transit, a preponderance of artificially cheap e-taxis isn’t likely to compel you to buy a car so you can drive one yourself, but it might compel you to call a cab so you can skip taking the bus. That’s a big problem for fare-dependent transit agencies forced to compete with privately-backed tech companies who are perfectly happy to operate at a loss — especially if those companies continue to win legal battles that allow them to legally avoid paying fair wages or benefits for their drivers, and potentially slash fares even more.

“The biggest policy takeaway has to do with displacement of transit [in cities with a concentration high-income, childless households,]” said Michalek. “This pattern makes sense, because travelers with more income and fewer car seats are the travelers that will pay a little more for a convenient mode of transportation. Leaders in those cities who want to keep transit strong might want to pay more attention to that.”

Some already are. Advocates in Seattle, Wash. won a major victory this fall when the Emerald City passed a new law securing minimum wages for e-taxi drivers, a move that Uber warned could increase costs to customers by as much as 50 percent. To other ears, though, that warning sounded more like a reassurance — that users of the single least sustainable mode of transportation around were finally being charged a rational fare.

“Economists tend to agree that, ideally, what we’d like to do is tax the unpriced externalities of driving, like emissions and congestions,” Michalek said.  “If we’re thoughtful about that, maybe we can provide the right incentives and create a transportation network that’s as good as possible for society.”