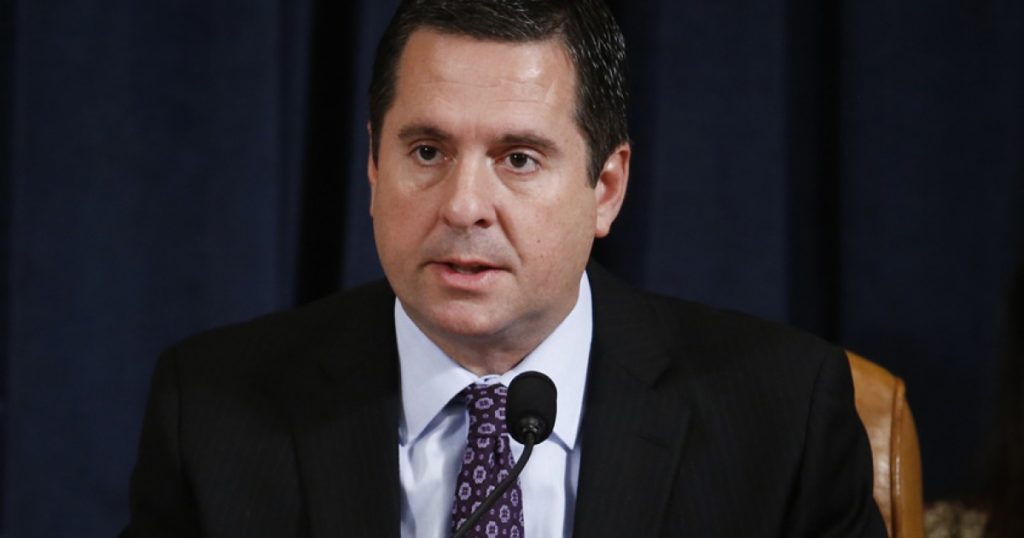 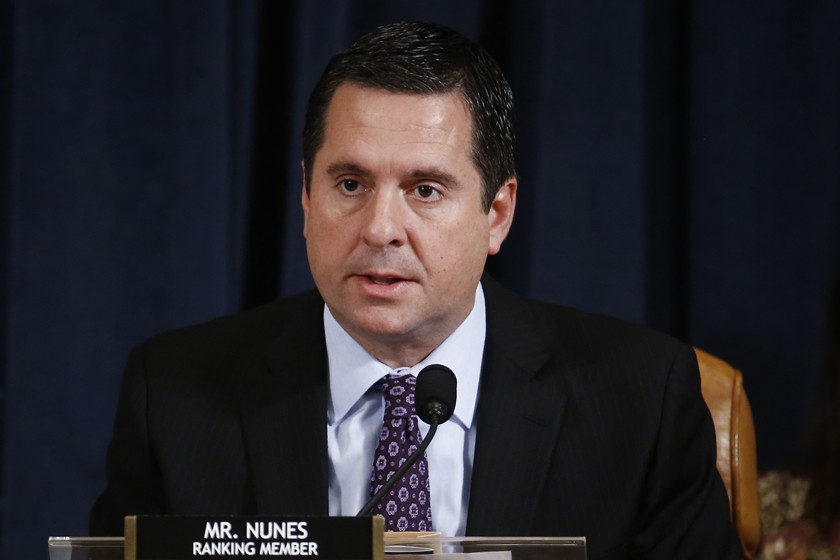 The Justice Department has withdrawn a subpoena filed in the final weeks of the Trump administration that sought information about a Twitter user who parodied Rep. Devin Nunes, according to people familiar with the matter. The California Republican has spent years seeking to unmask such anonymous users and sue them for defamation.

Court papers unsealed Monday in Washington revealed that Twitter was seeking to quash the Justice Department’s subpoena for information related to the user of an account, @NunesAlt, that pokes fun at Nunes (R-Tulare). The social media giant argued that it believed the Justice Department might have been trying to help Nunes in his long-running campaign to learn the identities of such users so he could sue.

Chief U.S. District Judge Beryl Howell ordered the Justice Department to make public by Wednesday its response to Twitter’s motion, which had been filed under seal. The docket and filings did not indicate that the Justice Department had withdrawn the subpoena, which was issued in November when the department was overseen by President Trump’s attorney general, William Barr. The department withdrew the subpoena after the Biden administration took office, people familiar with the matter said.

The New York Times first reported that the subpoena had been withdrawn. Sheila Miller, a spokeswoman for the U.S. attorney’s office in Washington, declined to comment. A spokesman for Nunes did not respond to requests for comment. Twitter issued a statement Monday saying the platform “is committed to protecting the freedom of expression for those who use our service.”

It isn’t clear why the Justice Department was seeking information about @NunesAlt, which describes itself in its profile as the “no-so-proud alt-mom of prolific Libel Tourist, and part-time Congressman, Devin Nunes. (Yes, it’s parody) Probably hammered.” Nunes is a Trump political ally.

Hayden M. Schottlaender, an attorney representing Twitter, wrote in a declaration made public Monday that an assistant U.S. attorney in Washington told him in January that the subpoena was issued as part of a criminal investigation into “threatening communications in interstate commerce” and specifically pointed to an area of the law related to threats to kidnap or injure. The Justice Department, Schottlaender said, declined to provide further information.

The subpoena, which Twitter attached as an exhibit to its filing, revealed that a special agent with the U.S. Capitol Police was seeking the information from the company. Capitol Police have jurisdiction over reports of threats made against members of Congress.

In its motion seeking to quash the subpoena, which was filed under seal in March, Twitter sought to link the subpoena to Nunes’ past legal efforts to unmask users and then file lawsuits accusing them of defamation. It tallied at least nine lawsuits brought by Nunes in the last two years “against individuals, the media and one research and intelligence firm” for either publicizing negative information or making negative comments about him.

The @NunesAlt account originated as a parody of Nunes’ mother, under the name @DevinNunesMom, which was suspended by Twitter in 2019, the company wrote in court filings. The user has verified controlling both accounts and declined to comment further.

Nunes in 2019 sued @DevinNunesMom and another parody account, @DevinCow, which called Nunes “a treasonous cowpoke.” The lawmaker alleged the accounts had defamed him, ruined his reputation and caused him to win his 2018 election by a narrower margin than expected.

Most of the suits have been withdrawn by Nunes or tossed out of court.

Anonymous Twitter critics have dogged Nunes since he rose to prominence in 2017 as chairman of the House Intelligence Committee. From that post, he was tasked with investigating accusations of Russian interference in the previous year’s presidential election won by Trump.

Nunes quickly found himself at the center of a political firestorm in Washington over his quick release of a controversial memo that dismissed the allegations and cleared the president’s campaign of any wrongdoing. Those conclusions were disputed in a similar memo released once Democrats took control of the committee, as well as by the special counsel’s Russia investigation.