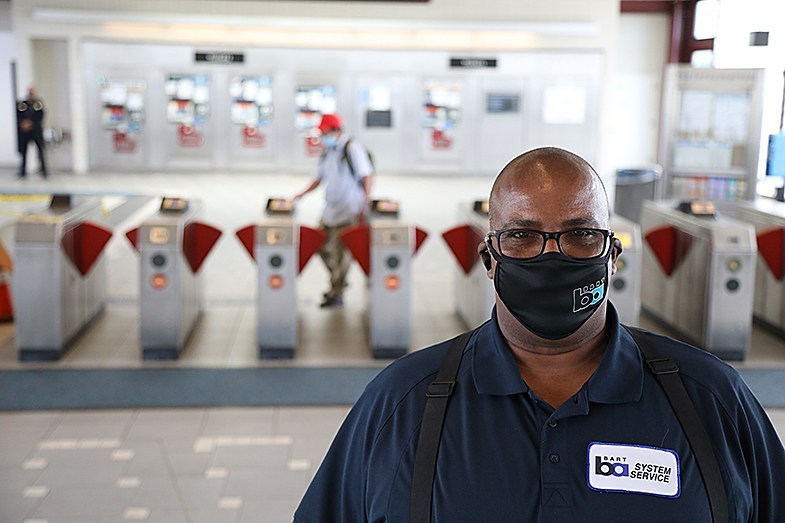 The California Transit Association sent a letter to Governor Newsom [PDF] asking for clarification on his change in plans for vaccinating California state residents. Currently, the state is giving vaccine priority to people 65 and over and to workers in health care, emergency services, food and agriculture, and education. The plan as of last week was to shift to a new tier of prioritized population groups, including transit workers. Under the new plan, once those first groups are mostly vaccinated, the focus will shift to age groups.

The Governor’s Office says the reason for the change is to simplify the vaccine rollout, but the California Transit Association is concerned.

Transit operators are keenly aware that their jobs are essential; the transportation they provide helps essential workers get to their jobs, and many of their riders have no other options for getting to work. “Survey data has found that these essential workers cannot work from home and are overwhelmingly people of color and/or low-income, tracking closely with the findings of the ridership surveys our members have conducted during the pandemic, which also show that many of today’s riders lack access to a personal automobile,” says the Association’s letter.

These are not discretionary trips, especially right now. While restaurants, clubs, bars, gyms, church services, theaters, and the like were closed down, people still needed to get to medical appointments and jobs. Transit services “are absolutely essential and critical for people who do not have access to autos,” Carl Sedoryk, CEO of Monterey-Salinas Transit District (MST), told Streetsblog. His agency, which serves “one-fifth of the California coast – from Paso Robles to the San Jose airport,” has “provided our fixed route and ADA services every day” since the pandemic began. “Christmas Day, New Years Day – our drivers, our mechanics, our staff, have been working every day.”

But transit workers and agencies have been doing much more than that. MST is an example of the new and creative roles transit agencies have embraced to deal with the pandemic and the shutdowns.

The district committed to using its community assets “to help the economic recovery of all the communities we serve,” in alignment with FEMA’s Whole Community Recovery concept, according to Sedoryk.

“Over the summer, we were dispatched to evacuate resident care facilities that were threatened by wildfire, and just this last week, we were placed on notice to be ready to evacuate people affected by potential debris flow from the significant rainfall expected today,” said Sydorek.

Also important is the role transit will play in an equitable rollout of the vaccine for everyone else, which Governor Newsom has repeatedly said is a goal for the state. The Association’s letter applauds this goal, but notes:

To be equitable, the plan must identify more than just the populations that would receive prioritization and actively consider how Californians will reach their vaccination sites. For many low-income people, disabled individuals, seniors, communities of color, and essential workers, accessing the vaccine will require a trip on a bus, rail car or paratransit vehicle.

The letter requests the Governor to consider either preserving the previously stated commitment to prioritizing transit workers for the vaccine or elevating them to equal consideration with other essential workers such as health care and emergency services.

So far, the Association has not received a response from the Governor.

While eventually huge swaths of the population will be vaccinated, the massive numbers of infections are concerning now, and transit workers are particularly vulnerable. Despite precautions including masks, distancing, barriers, training, and the development of contactless payment systems, transit workers are still getting sick, and some union groups are particularly worried about it.

“I don’t envy the governor, or his staff, or our local public health officials,” said Sydorek. “There are few good decisions here and we’re in uncharted territories. I’m not going to beat up on them – but [the policy change] was disheartening for those of us who have been on the front lines throughout.”

“We would like to see the same level of commitment to our drivers as our drivers have made to our communities,” he added.