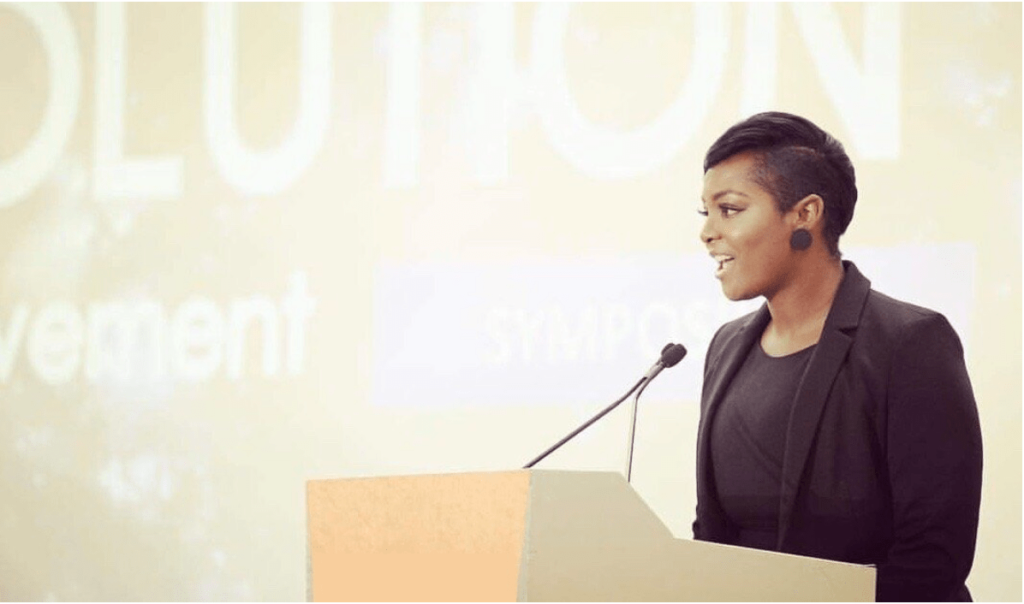 In the wake of the murder of Ahmaud Arbery on the streets near Brunswick, Ga., Dr. Destiny Thomas of Oakland’s Thrivance Group hosted a 23-hour digital teach-in and protest to indict the built environment professions for the role they played in his death, as well as the deaths of countless Black and brown residents like him in cities around the world. The event was known as the Un-Urbanist Assembly, and it attracted more than 8,000 attendees and spark an abolitionist movement to re-imagine how we could build cities outside of the conventional “machine” of urban planning and its associated fields. The formal component Un-Urbanist Assembly will return in June, 2021, but the community surrounding it is already actively at work “co-imagining what their cities could be.”

We spoke to Thomas via phone; this conversation has been edited for clarity and length.

Streetsblog: For those who missed the 2020 assembly, what was it, and what inspired you to create this space?

Destiny Thomas: The 2020 Un-Urbanist assembly was something I did in order to process my own grief around the deaths of Ahmaud Arbery, George Floyd, Breonna Taylor, and really, my angst at the entire urban planning sector for how it contributed to their deaths.

I had a very unpopular opinion about the slow streets projects during the lockdowns — particularly, that they were ostracizing of people of color, that they didn’t get at the root causes of why Black and brown folks die six times more frequently from COVID-19. So I became pretty vocal about that on social media, and I was willing to do that, even if it meant I would never be welcome in the urban planning world again. As expected, I was met with a lot of people telling me I didn’t belong in the field. So I said, well, ‘if I’m going out, I want to go out with a bang.’

What I really wanted [when the Un-Urbanist Assembly began] was to create a space where I could indict the field of urban planning — sort of like a teach-in, or a digital protest, because I’m immunocompromised and I couldn’t participate in the outdoor protests that were happening, and also because I wanted specifically to talk to the urbanist community. At first, I thought it would just be me filibustering for a full day. I chose 23 hours instead of 24 because I wanted to do it in honor of Ahmaud Arbery who was killed on Feb. 23; the word was also that he ran 2.3 miles before he was killed. I thought there was some dark irony to the idea that, at the moment [that news of Arbery’s death was gaining national attention], urbanists were telling everyone, ‘If you go outside and play in the street, everything will be fine.’

But as the word got out about my plan to do this protest, other people started coming forward and offered to carry specific hours of the day. It got to the point where I ended up having to do only one hour myself, because so many people had come forward.

Afterwards, the people who attended were really anxious to keep the momentum going, so that’s why we’re launching the 2021 Assembly now.

Streetsblog: How will this year’s Assembly build on that momentum?

Thomas: There are a couple of key things we want to lift up this year. Everyone’s talking about, ‘what should this field do post-COVID,’ and there’s a very similar pontification around skipping to the last level of the game, without addressing what got us here in the first place. So our theme in 2021 is “atonement” — or, to use perhaps a slightly less digestible of a word, “reparations.” [Editor’s note: Thomas wrote an op-ed about what reparations might mean for the world of street infrastructure for Streetsblog.] We’re using a lot of theories and concepts introduced by indigenous communities hundreds of years ago, but popularized more recently by the theorist Adrienne Marie Brown who’s written some great books about transformative justice.

Another way our intention is also a little bit different than it was last year is that we have specific policies and action items that we’re ready to ask our colleagues to buy into. Those all fit into the idea of what we at Thrivance call a “comprehensive package of reparations through urbanism.” [Editor’s note: You can learn about the CPR-U framework at this upcoming Thrivance Group event.]

We’ve also opened up a call for teachers this year, which we didn’t do last year. And we’re in the process of creating a permanent pace for people to start building relationships before, during and after the event. We’ll keep that space virtual, but regardless, I sort of feel like it could be urban planning’s Burning Man; I’m hoping this space will evolve to a place where people are actually, spontaneously co-imagining what their communities could be.

Streetsblog: Tell us a little bit about what “Un-Urbanist” means, why urbanism is something you feel we need to push back against.

Thomas: I think that there has to be a clear, unrelenting indictment of every system, person, process, agency and tool that was involved in dehumanization on this continent, and that includes urbanism. To me, that means being abolitionist, and I know that’s a scary term for a lot of folks. I believe that’s because the world itself makes you think that abolition creates a void, but the work of an abolitionist is actually to be creative; it’s to be imaginative,  beyond the work of just innovating. Because to me, ‘innovation’ is about evolving what we already have, which is not what I’m looking to do.

The truth is, we could do without urban planning. We really could. And if we did, that wouldn’t mean that no one would be thinking intentionally about how to make cities. But the instrument, the arm, the machine that we’ve used to do city-making for so long — it’s got to go.

The word “un-urbanist” is about planting that seed among practitioners who have anything to do with creating our built environment, and getting them to ask: what if urban planning didn’t exist? What if these roles weren’t assigned to us in the ways they always have been? What if social workers were in charge of what we now call ‘enforcement’? What if dancers and choreographers were able to dictate how we flow or travel through space? “Un-Urbanist” is an an invitation for people who care about how cities are made to do that work, apart from urbanism as we know it.

Streetsblog: How can people who are excited about this even support it, besides registering?

Thomas: Well, this whole event is a call to action, right? The Un-Urbanist Assembly is just a culminating moment; what we want is for people to start having Un-Urbanist interactions and conversations right now. We went people to be scheming and plotting now. We want our online community to start evolving into that space for virtual co-creation now.

And of course, it’d be helpful if people spread the word, but not just by telling people “hey, you should attend this event.” Start conversations about what it means to be un-urbanist; bring people in to that dialogue. What’s particularly challenging for us is that we’re often flagged as a political organization even though we’re not; I think that has something to do with our race, to be honest. A lot of folks don’t realize that when I post a flyer on Twitter about our event, we get flagged. I’m not allowed to buy ad space because of this, so definitely we need help.

And then we need talent. We’re actually doing a small in-person arm to this event — in Savannah, Ga., about 40 minutes away from the road where Ahmaud Arbery was killed — and we especially need help there. We’d like to do some work with the community leading up to the assembly, so we’re looking for residents to share their stories with us, to sit and break bread with us, to show us their community. Anything related to that, even if it’s just someone offering to take us on a bike ride.

This time around, I really view this as not our event. We’re just being responsive to what the un-urbanist community asked us to do. As long as those people continue to show up and tell us what they need, we’re good.

Register for the Un-Urbanist Assembly here.