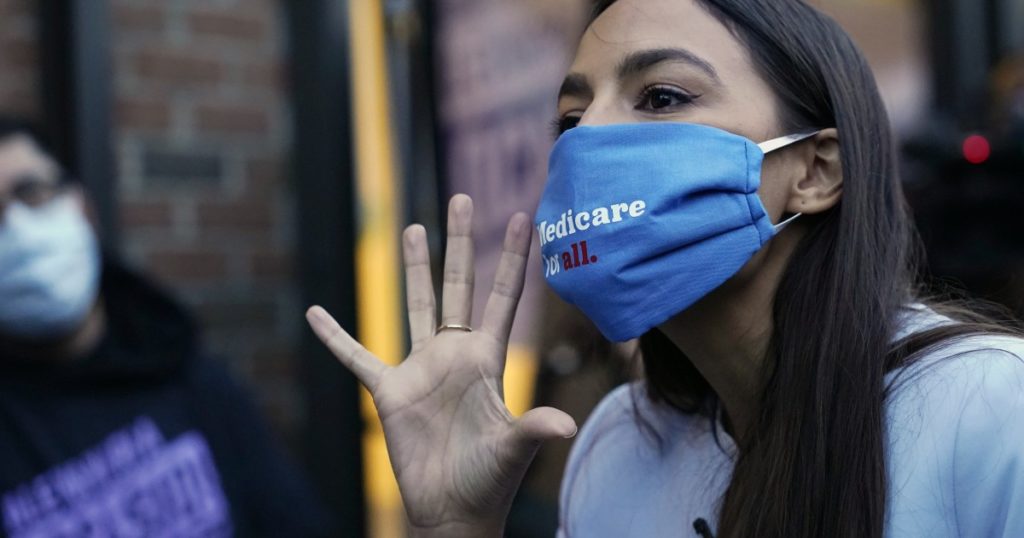 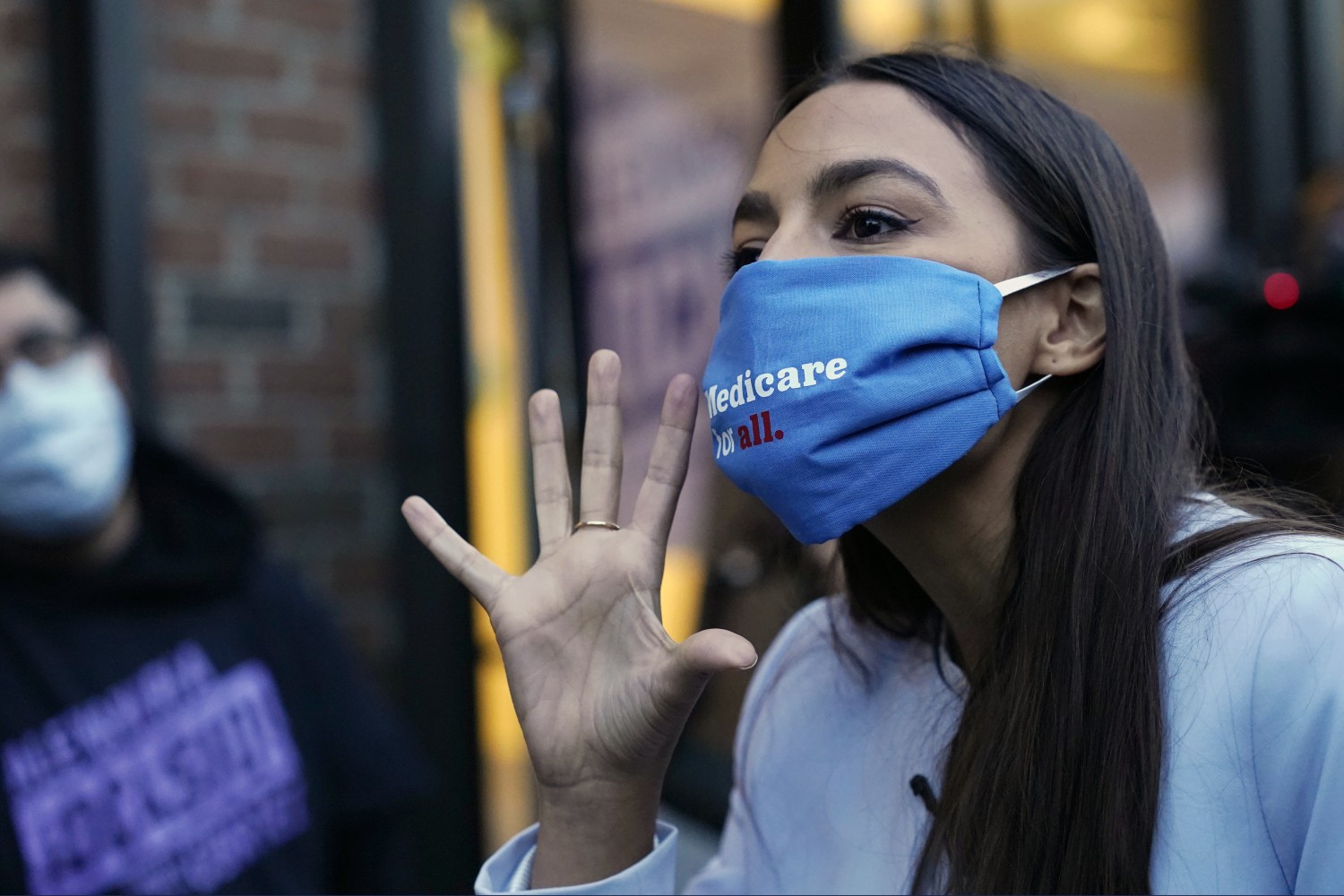 Only days after dancing in the streets and uncorking champagne bottles to celebrate their White House victory, Democrats are in a funk — stewing over the unexpected losses for Congress and state legislatures as they ponder where to go from here.

In a year Democrats hoped to capture the Senate and bolster their House majority, the loss of so much ground in Congress has touched off an intense volley of finger-pointing, insults and plotting by each feuding faction to keep the other out of party leadership posts. The familiar ideological rift between the left and the center-left is intensifying after an election in which the message sent by voters was so muddled: embracing Joe Biden while spurning so many down-ballot Democrats.

An intraparty clash after Republicans exploited leftist slogans and alleged Democrats’ empathy for socialism is compounded by divisions over structural issues in a party still run by an aging old guard that campaigns in a way that proved ineffective in key races.

“The system is broke,” said Chuck Rocha, a progressive strategist frustrated by what he sees as his party’s lack of sophistication in talking to nonwhite voters. “This election exposed how we run all these campaigns the same way, from the same place.”

However, moderates who lost their seats or narrowly escaped defeat directed their blame elsewhere — toward the progressives. Rep. Conor Lamb of suburban Pittsburgh has vented that voters in his district are uneasy with all the talk within the party of ideas such as defunding the police or a Green New Deal. In a postmortem conference call of House Democrats, other swing-district Democrats echoed that complaint.

“The evidence is overwhelming that the Democratic brand is so damaged by the far left and their ideas that it is very difficult to overcome if you are in a very red place, or sometimes even a light-red to deep-purple place,” said Jon Cowan, president of Third Way, a center-left advocacy group trying to push the party back toward the middle. “The far-left undertow just dragged some members under.”

Progressives, however, say it’s absurd that moderate candidates who ran on cautious platforms are blaming the left for their woes. They say that progressives’ calls to action on racial justice, economic fairness and confronting climate change galvanized the voters who were crucial to pushing Biden over the top.

“There is no polite way to put it,” said Cliff Albright, a co-founder of Black Voters Matter, which mobilized Black support for Democrats in more than a dozen states. “It is silly. It is saying because of what some progressive Democrat in some other state is doing or saying it allowed Republicans to define their candidate. It is saying you are so undefined and had such a loose, weak relationship with your constituents that you could not make your own case.”

Silly or not, the argument has currency in the party.

The grievance against the left was amplified by Rep. James E. Clyburn, the South Carolina Democrat who as House majority whip is the highest-ranking Black American in the House and a close confidant to Biden. Clyburn said that progressives’ slogans, especially “defund the police,” hurt candidates in his state, though they tried to run away from the mantras.

An outpouring of progressives’ frustration has followed. “The reality is the Black Lives Matter movement led to record turnout in Detroit, in Milwaukee, in Atlanta,” said Rep. Ro Khanna of Silicon Valley. “We should be thanking the activists and organizers for our victory…. We can’t censor or script the language of activism.”

The tensions underscore the fragility of the coalition that powered the Biden victory, and which must hold if Democrats are going to overcome the odds to win Jan. 5 special elections in Georgia for its two Senate seats. The Georgia races are Democrats’ last chance to gain control of the Senate.

New York Rep. Alexandria Ocasio-Cortez, a leading voice among progressives in Congress, dismisses the idea that “Medicare for all” alienated voters. She noted that all the swing-district Democrats on track to win reelection cosponsored legislation calling for it. “Every. Single. One,” she wrote on a tweet punctuated by hand-clap emojis and liked by 390,000 people.

But several of those Democrats, Third Way countered, took steps during their campaigns to back away from the idea, saying they would fight efforts to replace private insurance with a government-run system.

The left points to California Rep. Katie Porter of Irvine as an example of an unabashed progressive succeeding in a swing district. But moderate skeptics argue she’s an outlier.

They cite the fact that Biden’s vote in liberal Omar’s Minnesota district exceeded Omar’s by more than 70,000 and that Biden carried a Nebraska congressional district where a more liberal Democrat running for the House lost.

But the extent to which voters’ decisions were driven by the narrow ideological fights that dominate Washington is a matter of intense disagreement. Some say broader trends were at play this year.

“People were more than willing to get rid of Donald Trump. But they just did not want to give anything to Joe Biden,” said Mike Madrid, a GOP consultant in California and co-founder of the Lincoln Project, which worked to defeat Trump. In effect, he said, people voted to limit his party’s influence in Congress.

The Lincoln Project itself is now a target of the ideological wars, with Ocasio-Cortez questioning whether the tens of millions of dollars it raised for clever ads to turn moderates against Trump would have been more effectively spent by progressives. Madrid said such attacks miss the point: It took an all-of-the-above strategy and diverse messages to build Biden’s winning coalition.

That was the experience of Democrats trying to hold on to a swing district in California’s Central Valley, where incumbent Rep. TJ Cox is losing to the Republican he ousted two years ago, David Valadao. Allies of the centrist Cox said it wasn’t noise about Medicare for all or defunding the police that hurt him — it was that his campaign lacked robust outreach to Latinos working in the area’s meatpacking plants and farms.

The party’s regional director in that Central Valley district, Humberto Gomez Jr., said talk of such progressive policy ideas “had nothing to do with” Cox’s showing. “Mailers and TV ads and radio ads do not win this district. It is good old-fashioned knocking on doors.”

That was a pattern in almost all of the districts Democrats lost, Rocha said. The swing districts are increasingly diverse, but Democrats relied too heavily on a model for targeting voters that dates to when these places were far more white, and when social media wasn’t a thing and television dominated.

“That formula doesn’t work with Black and brown and Asian voters not consuming information like the upper middle-class white people it was built around,” Rocha said.

Texan Beto O’Rourke, the former congressman who ran a grass-roots turnout effort for Democrats, reached much the same conclusion in a note to supporters: “The central messaging that many Democratic candidates felt obligated to adopt (because they believe that funding and support from other Democratic organizations was contingent on it) doesn’t work.”