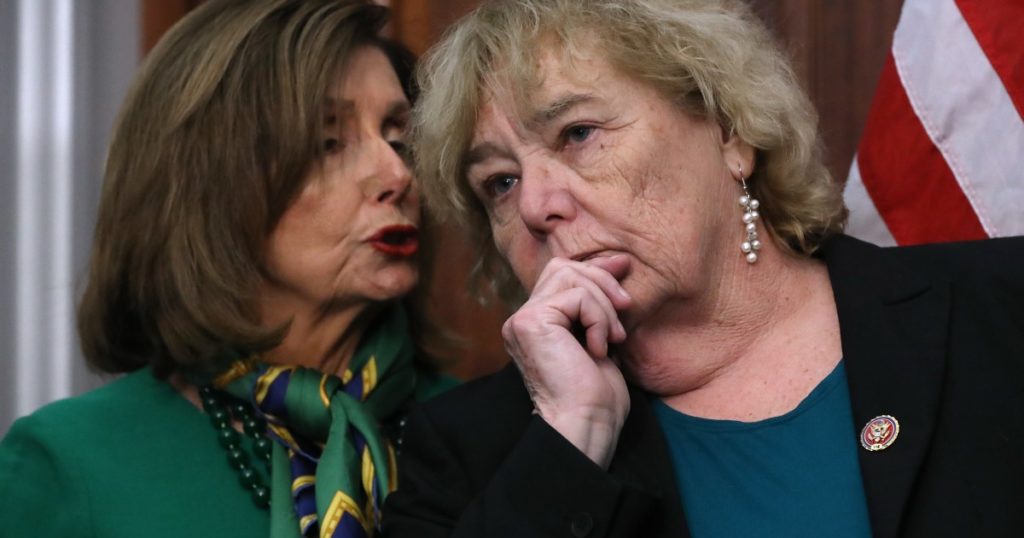 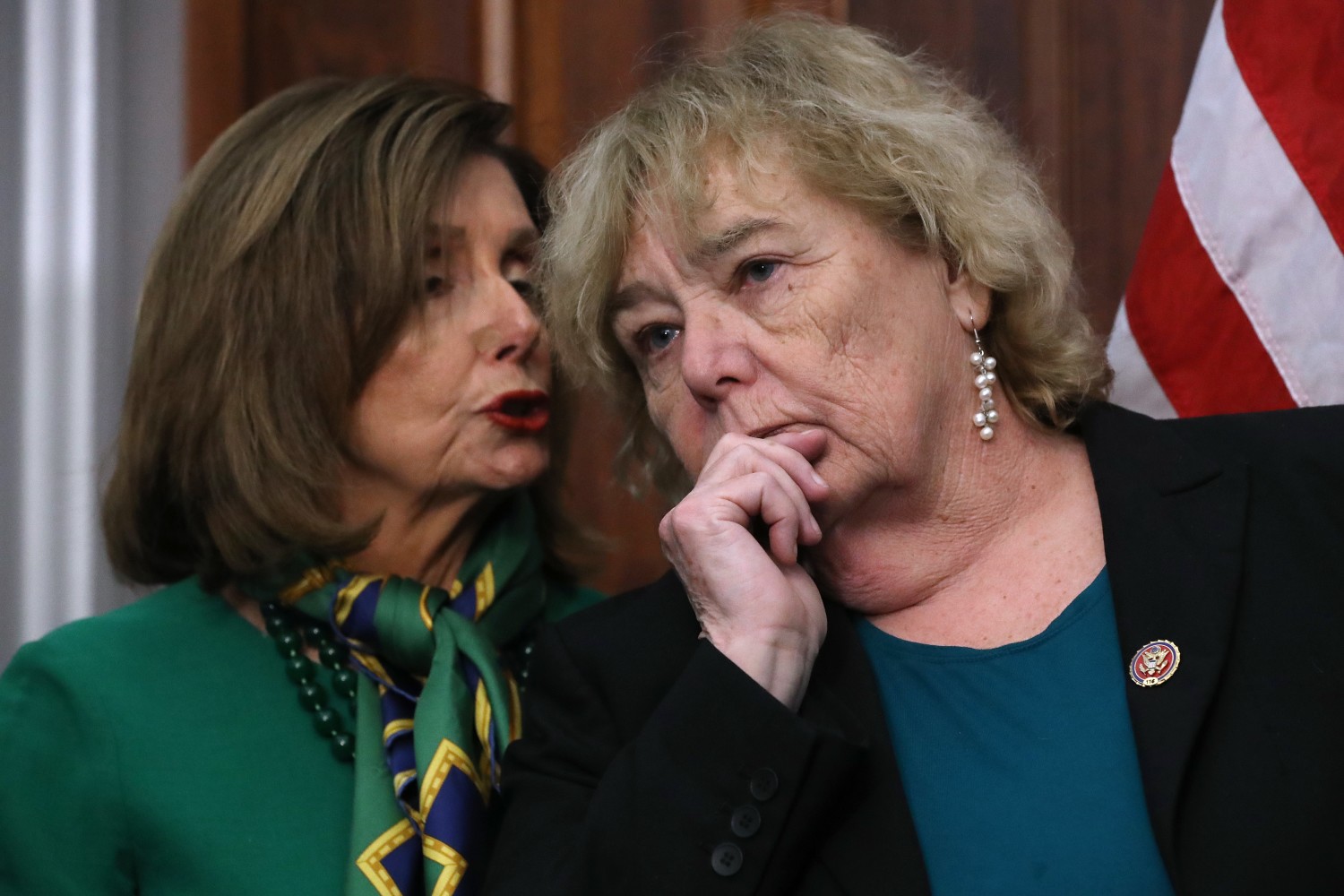 Rep. Zoe Lofgren spent her summer doing “a very nerd-like” line-by-line reading of the 55-year-old law that governs U.S. immigration policy in anticipation of widespread Democratic election wins that would give her party the ability to enact a massive immigration overhaul next year.

But in the face of unexpected Democratic losses, Lofgren (D-San Jose) and other Democrats are now in the process of recalibrating their expectations on a wide variety of issues, such as immigration, healthcare and climate change.

“I believed the pollsters when they said that the Republicans had only a 25% chance of keeping the Senate and that Democrats would pick up seats” in the House, Lofgren said. Now “I don’t know that we’re going to have the opportunity to do that with the very thin margins.”

While congressional Democrats are buoyant that President-elect Joe Biden defeated President Trump, they’re wrestling with the reality that Republicans will be more powerful in Washington next year than they had expected.

Republicans will retain control of the Senate if they win just one of two Georgia seats in by two uphill runoff elections on Jan. 5. But even if Democrats win both, there will be a 50-50 split in which Democrats could not afford to lose a single vote from their side and Vice President Kamala Harris would have to break every tie.

Mindful that Biden’s coattails failed to carry several Democrats across the finish line in swing districts, moderates in the party who represent conservative districts could be nervous about supporting liberal policies.

And despite his loss, Trump proved he could get Republicans to the polls on election day, meaning he will continue to exert influence.

“Our conference is very loyal to President Trump,” said Rep. Jim Banks (R-Ind.), incoming chairman of the conservative Republican Study Committee. “I imagine he will continue to play a role in or out of the White House. Even more important than that, the Trump agenda is a winning agenda with a broad populist appeal. That is something that Republicans will, I think, borrow from for a long time to come to help us win the majority [in the House] in 2022.”

In terms of legislation, that means Democrats are scaling back their plans — and their rhetoric.

“People were talking in a really cocky way before that Democrats were going to take the trifecta [White House, Senate and House], and we were not ever going to talk to Republicans about anything. We were going to ram all this policy down their throats,” said Rep. Scott Peters (D-San Diego), a moderate.

Ambitious liberal policies like Medicare for all and the Green New Deal are likely to be pushed to a back burner, though Rep. Alexandria Ocasio-Cortez (D-N.Y.) and other progressives have signaled they will continue to advocate for their movement.

Pelosi (D-San Francisco) had said before the election that Democrats would expand the Affordable Care Act by using a special procedure in the Senate that required only 50 votes, but it’s unclear now she will have even that.

Up first for the new Congress will be a COVID-19 stimulus bill, unless Congress is able to break the current stalemate and reverse course on failed negotiations to enact it this year. Other bipartisan measures under discussion are infrastructure — including roads, water projects and broadband internet — as well as ending criminalization of marijuana at the federal level.

With a handful of House races uncalled, Democrats could be facing a House majority as small as 222, just a few more than the 218 votes needed to pass legislation. As a result, Democratic leaders are considering changes to make it easier to manage a smaller majority.

Democrats are hoping to reinstate so-called earmarks, or special perks tucked into larger spending bills that benefit a specific recipient, such as a congressional district or institution.

While the practice has been abused in the past, it has also been credited with easing the passage of important legislation by offering targeted incentives to win the support of key lawmakers. Democrats are also considering changing the rules around a procedural tactic the minority can use to slow down legislation in the House by forcing a type of amendment vote on legislation.

In the Senate, Democrats will have a chance to advance their agenda only if they win the two Georgia seats. Otherwise Majority Leader Mitch McConnell (R-Ky.) will be able to block their efforts.

Recalling that McConnell once vowed to do everything he could to make President Obama a one-term president, Sen. Richard J. Durbin (D-Ill.) questioned whether McConnell would do the same with Biden, saying it would not be “conducive for productive work in the Senate” if he did.

Democrats will inevitably lean heavily on the Biden administration to use executive authority to make policy changes they can’t get through Congress, such as rejoining the Paris agreement to address climate change.

Any significant legislative policy changes would rely heavily on the bipartisan bona fides and Senate relationships Biden touted on the campaign trial. While much has been made about the potential for deal-making between Biden and McConnell, who worked side by side in the Senate and cut some agreements during the Obama administration, the two have not yet spoken since the election was called for Biden.

Some moderate Democrats like the idea of essentially being forced to work with Republicans, especially with Biden in the White House.

“The operating premise that Republicans will never work with us, period? We need to test that. We may find out that that’s true,” Peters said. “Mitch McConnell can’t blame Trump anymore for not giving him any leeway. The Senate is going to be exposed” to pressure from both the House and White House.

Others place their hope in the idea that if Trump is out of office, Senate Republicans may be more willing to find areas of agreement.

If the House and White House decide to do a high-pressure campaign on immigration policy, for instance, that would amount to “an incredible amount of pressure that I think will lead to undocumented youth getting the legal status that they would get under Dream Act,” said Rep. Ted Lieu (D-Torrance).

Some Republicans, such as Sen. Lindsey Graham of South Carolina, cite immigration as one policy area in which they, too, hope for bipartisan compromise. While it has been attempted several times without success in the past, recent court decisions invalidating the Trump administration’s changes to Dreamers’ legal protections could force lawmakers to decide whether to grant permanent legal status to young people who came to the country as children.

Lofgren’s ambitious rewrite of immigration policy appears unlikely in 2021, but she doesn’t regret the deep-dive read this summer.

“You start out dreaming big,” she said. “And then you have to confront the realities as you talk to other people who have different ideas. And then you end up hopefully with something that serves the country better than the current law.”