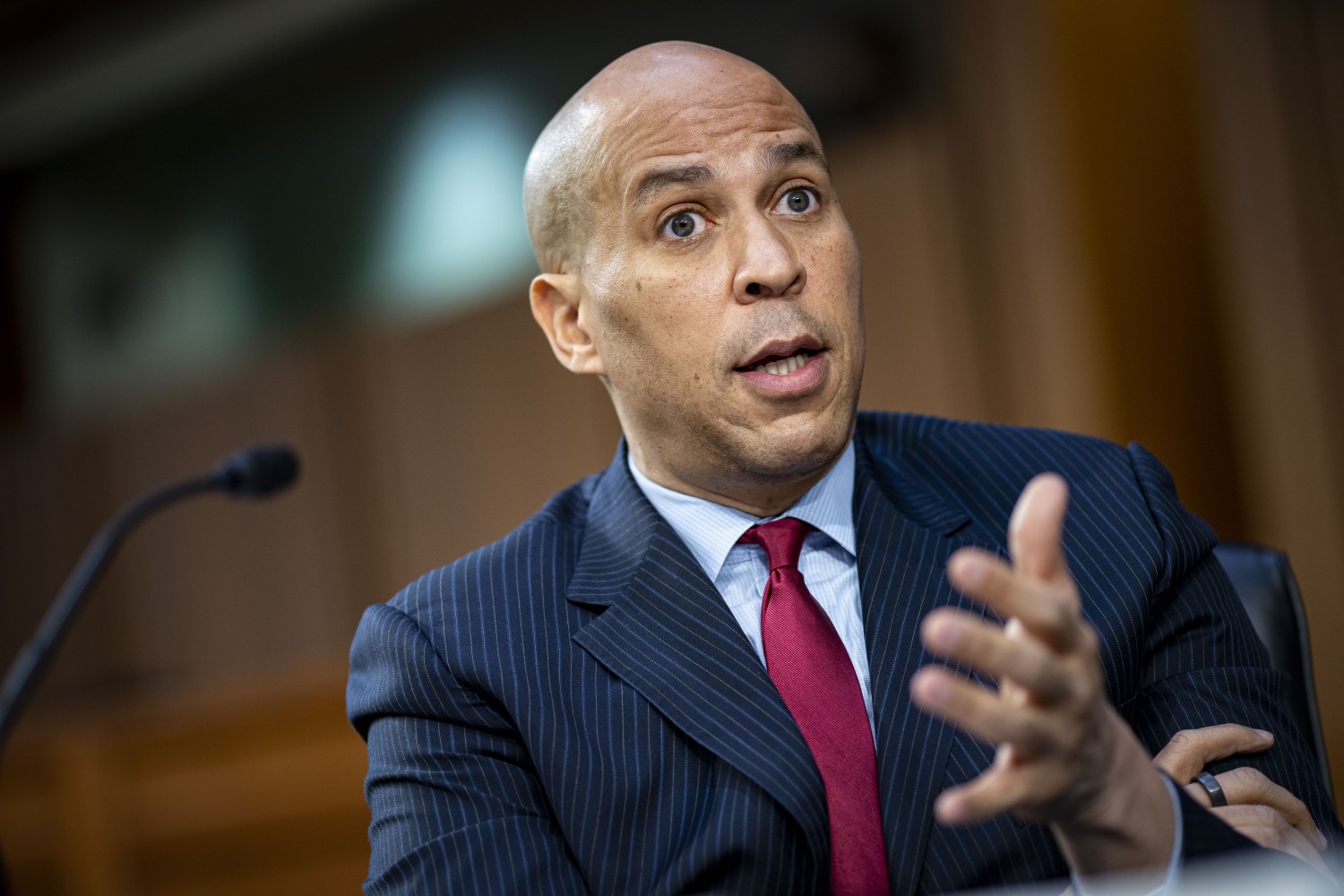 As the House prepares this week to approve a one-year move to fight child poverty as part of President Biden’s COVID-19 relief package, leading Democrats and advocacy groups have begun jockeying to make the policy permanent.

Reducing poverty by expanding the help that the government gives families with children “could be one of the greatest things we achieve in this decade,” Sen. Cory Booker (D-N.J.) plans to say in a speech Wednesday to a conference on poverty, according to an advance copy of his remarks provided to The Times.

“To make this permanent … would be a game changer for the United States of America,” Booker planned to tell the conference sponsored by Robin Hood, a New York-based anti-poverty organization.

His comments are part of the increasingly intense competition over which measures will be included in the next, broader economic package that Biden plans to propose once Congress passes the initial $1.9-trillion COVID-19 relief package.

In the current package, the administration has put forward a one-year, $120-billion plan designed to cut child poverty nearly in half. The proposal would revamp the existing federal child tax credit to provide $3,000 per child over age 5 — $3,600 for younger children — to all but the most affluent families. It would make the credit fully refundable, meaning that families with little or no income would get the money as a refund, potentially in monthly installments.

Currently, millions of children don’t get the full benefit of the credit because their families have too little income to take advantage of it. That’s especially true for Black and Latino families.

By making the benefit more broadly available, Biden’s plan would raise nearly 10 million children up to or above the poverty line, according to an analysis by the National Academy of Sciences, which examined policies to reduce child poverty. The study also said that child poverty imposes a high cost on the U.S. through lower lifetime productivity, higher healthcare costs and other problems, reducing the overall economy by as much as $1 trillion a year.

A plan along the lines of what Biden has proposed would mark a major shift for the U.S., adopting a near-universal child allowance similar to those in place in Canada, Britain and much of Europe.

Until recently, that idea was considered politically unachievable, but lawmakers and advocates say the policy climate has shifted. They now hope to take advantage of “the most wide consensus we have ever seen for increasing one of the things that we know works to reduce child poverty — and that’s resources into the home,” Starsky Wilson, president of the Children’s Defense Fund, said in remarks prepared for the Robin Hood conference.

Democrats have increasingly coalesced behind that plan. The House is expected to approve it as part of the COVID-19 relief package later this week, in a vote that seems likely to fall almost completely along party lines. The Senate plans to take up the package early in March.

With the one-year plan increasingly likely to become law, advocates have begun turning their attention to making the expansion permanent, along lines proposed by Democratic Sens. Michael Bennet of Colorado and Sherrod Brown of Ohio and in the House by Rep. Rosa DeLauro of Connecticut and other Democrats.

Key to achieving that goal is having the measure included in Biden’s broader economic plan.

With the Senate divided 50-50, the administration is relying on the complicated process known as budget reconciliation to pass major spending or tax legislation. That process avoids the threat of a Senate filibuster, but under the rules, Congress can pass only two reconciliation bills this year. Measures that don’t get into the package face a much tougher road to passage.

Although the idea of expanding the child credit has broad support among Democrats, it’s unlikely to gain many Republican votes.

Sen. Mitt Romney of Utah has offered a proposal for a near-universal child allowance that has several points in common with Biden’s plan but is smaller and paid for by reducing other social programs. Although some conservative policy advocates have backed Romney’s plan, fellow Republican lawmakers have not.

Sen. Marco Rubio of Florida, for example, successfully pushed to expand the child credit as part of the Republican tax cut bill in 2017. But he has denounced Romney’s proposal as “welfare.”

Rubio says the money should go only to parents who have paying jobs. That provides an incentive for parents to join the labor force, he argues.

Advocates of a universal child allowance note that when Canada adopted its program, labor force participation went up. Moreover, they say, policymakers should recognize that raising children is hard work that has value to society.

“This is a shift if we think about a child allowance as being tied to the idea that when children do well, the rest of the country does well,” said Myra Jones-Taylor, chief policy officer at Zero to Three, a group that advocates for young children. That is “a fundamental shift in the way we approach this challenge.”