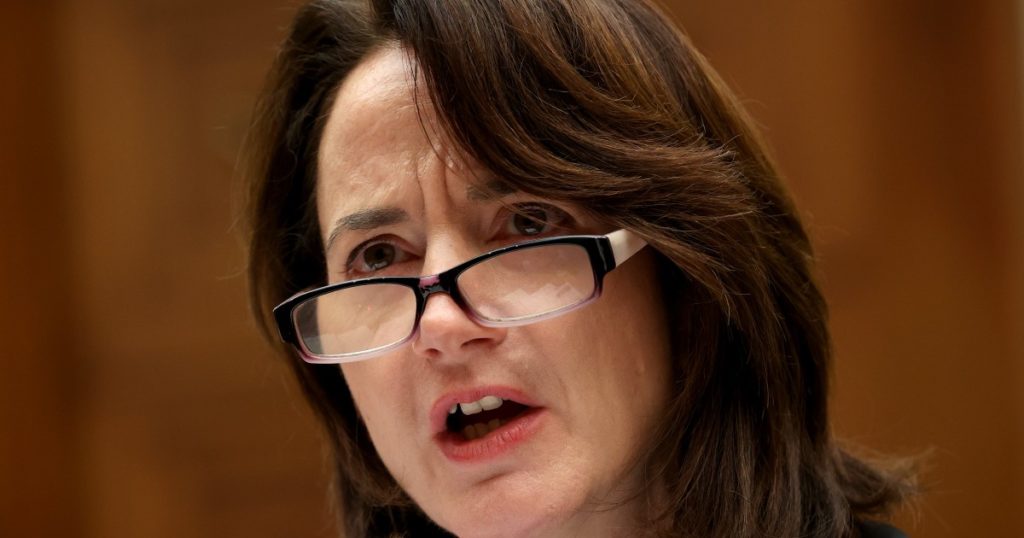 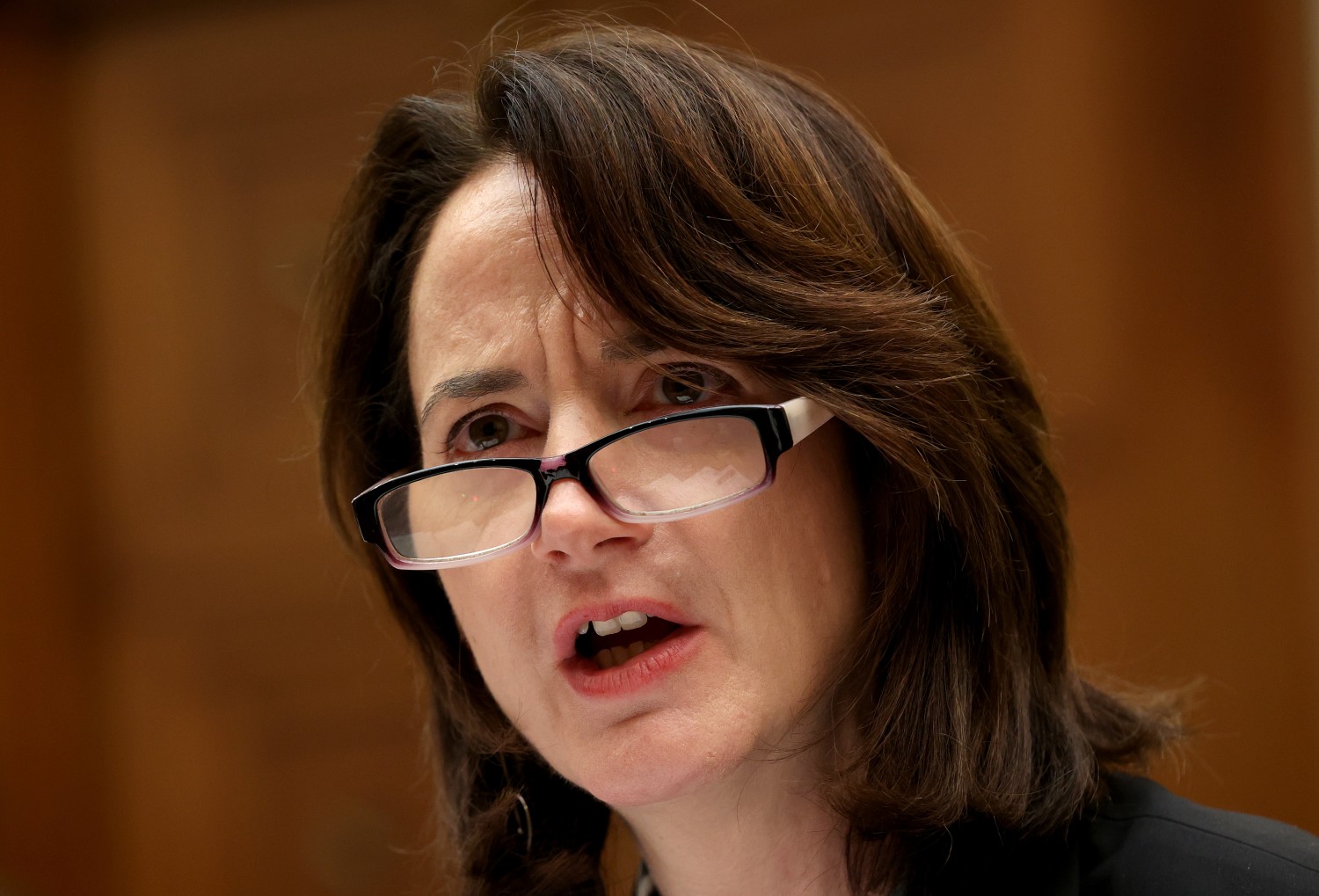 With the swearing-in of three new senators Wednesday, Democrats have more muscle in Washington than they have had in a decade, controlling the White House and both chambers of Congress. But exercising the power is already proving fraught.

They got notably little done in Congress on day one of their expanded authority, securing confirmation for just a single nominee for President Biden’s Cabinet, Director of National Intelligence Avril Haines, by a vote of 84 to 10. Not since President George H.W. Bush has a president ended the first day in office with so many unconfirmed Cabinet positions.

Democrats’ hopes of pushing ahead with Biden’s robust policy agenda are tempered by razor-thin majorities in both the House and Senate, a contentious impeachment trial that will drain oxygen, and a GOP minority with many tools at its disposal to gum up the works.

The elation Democrats experienced Wednesday at taking the gavel from outgoing Senate Majority Leader Mitch McConnell (R-Ky.) came with anxiety about being able to deliver on the promises on which Biden built his campaign: a massive stimulus package, student debt relief, climate action, immigration reform and a vast expansion of the Affordable Care Act.

It is an ambitious agenda even for a party with substantial room to maneuver. The Democrats have none. The swearing-in Wednesday of Sens. Jon Ossoff and Raphael Warnock from Georgia, along with Alex Padilla of California, will leave Democrats with exactly 50 votes in the Senate.

Pushing through anything unanimously opposed by the GOP will require a visit to the chamber from Vice President Kamala Harris, empowered by the Constitution to cast the tiebreaking vote in the event of a 50-50 split. But under Senate rules, most legislation would require the support of 10 Republicans to overcome a filibuster, a huge obstacle in the current environment that has prompted Democrats to consider doing away with the requirement.

But even agreeing to abandon the filibuster will be a heavy lift for a party that is so often at odds with itself. The party’s moderates, including Sens. Joe Manchin of West Virginia and Kyrsten Sinema of Arizona, face political peril if they are perceived as caving to the demands of the left. Progressive stalwarts such as Sens. Bernie Sanders of Vermont and Elizabeth Warren of Massachusetts are warning they will not settle for half a loaf on major policy goals.

Moderate Senate Republicans, meanwhile, are signaling little interest in collaborating even on some of the most popular of Biden’s plans. “We just passed a program with over $900 billion in it,” Sen. Mitt Romney of Utah said Wednesday when asked about Biden’s plans for more economic stimulus. “I’m not looking for a new program in the immediate future.”

Even after the mob attack at the Capitol this month sobered lawmakers and unleashed a flurry of calls for unity, they are hardly poised to start working across the aisle. Nerves are frayed, finger-pointing about who was to blame for the attacks persists, and the impeachment trial threatens to further damage relations.

Democrats are bracing for McConnell, as minority leader, to use the filibuster to stymie the new administration, just as he did when McConnell was minority leader during the Obama era. Republicans suspect the Democrats are angling to axe the filibuster altogether so that they can churn far-reaching, leftist legislation onto the president’s desk with no regard for their concerns.

“Obviously there’s a lot of suspicion and doubt on our side given the history of McConnell in the minority under the Obama administration,” Sen. Richard Blumenthal (D-Conn.) said. “A lot of reasons for skepticism and cynicism about his willingness to move forward positively. But we’re at a time of crisis unlike anything we’ve seen in our lifetime. Whether it’s Kentucky or New York, the hurt and the pain are the same.”

Before lawmakers even start debate on many of Biden’s plans, however, the Senate will be consumed with an impeachment trial that could lead to former President Trump being barred from ever again holding office. Such waters are uncharted. Never before has a president been impeached twice, much less stood trial after being voted out of office.

That left some lawmakers focusing their attention Wednesday on the things Biden actually will be able to do — the things that don’t require any help from Congress. That includes the 15 executive orders Biden signed Wednesday that rescind some of the most far-reaching and contentious actions of his predecessor. The actions enabled Biden to — among other things — rejoin the Paris climate agreement and the World Health Organization, restore protections for “Dreamers,” halt construction of the border wall and nix approval of the Keystone XL pipeline.

“What’s most exciting to me about what is going to happen today are the executive orders,” Rep. Josh Harder (D-Turlock) said on the West Front of the Capitol as he waited for the inauguration to begin.

Not everyone shared his joy about them. Sen. John Barrasso (R-Wyo.) signaled they may ultimately make it even harder to find common ground. He expressed disappointment with Biden’s plan to immediately revoke the permit for the Keystone XL pipeline after his inaugural speech. “It was a speech of unity, and it’s important to govern that way as well,” Barrasso said.

Democrats in Congress are already hitting roadblocks in the one place where they hoped they wouldn’t: approving Biden’s Cabinet nominees.

Sen. Josh Hawley (R-Mo.), who led the effort in the Senate to overturn the electoral college vote, said he would block quick consideration of Biden’s Homeland Security secretary, a Cabinet post that typically gets moved swiftly given the national security considerations of the job.

“The next several months will be very, very busy, and a very consequential period for the United States Senate,” Sen. Charles E. Schumer of New York, the Democrat reclaiming the role of majority leader, said Tuesday. He’s hoping to pick up the pace after a slow start.

The Senate wasn’t in session for much of January, so only a few Cabinet officials were vetted by committees in advance.

Schumer and McConnell still need to hash out an agreement on how to share power in the 50-50 divided chamber. They met Tuesday, but both men left the meeting reporting little progress.

Both parties expect the framework to mirror how the Senate operated when it was last evenly split in 2001, during which committee membership was evenly divided. But McConnell is demanding that Democrats also agree to keep the filibuster requirement that most legislation get 60 votes. Schumer won’t make that pledge.

“Even before the Georgia races, this was going to be among the most cumbersome and complex legislative moments in a generation,” said Mike Spahn, a former chief of staff to Sen. Patty Murray (D-Wash.). He said the conditions Biden is inheriting are even tougher than they were when he became vice president and the nation was in the depths of the foreclosure crisis, the collapse of the auto industry, and widespread economic stress.

“It puts the multiple crises of 2008 and 2009 almost to shame by comparison,” Spahn said. Control of Congress and the White House does offer the Democrats opportunities to “move more swiftly and more aggressively” than they could if they were sharing power, he said, “but the theory of legislating is a lot easier … than the practicality of legislating.”