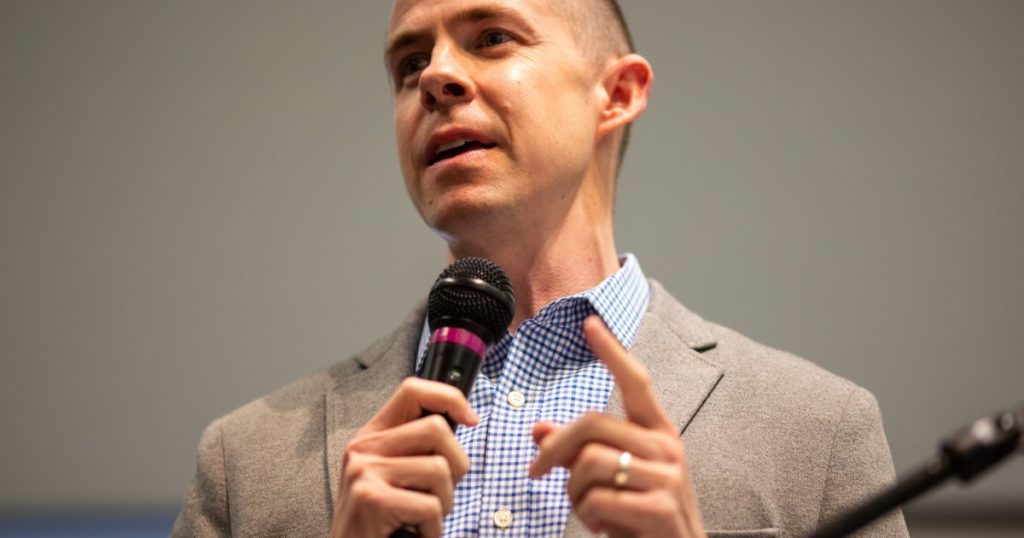 The California Democratic Party is facing backlash after referring to the campaign to recall Gov. Gavin Newsom as a “coup” nearly a week after the violent pro-Trump insurrection at the U.S. Capitol.

“This recall effort, which really ought to be called the California coup, is being led by right-wing conspiracy theorists, white nationalists, anti-vaxxers in groups who encourage violence on our democratic institutions,” said Rusty Hicks, chairman of the California Democratic Party. “Today we’re here to say enough is enough is enough.”

Hicks and other Democratic leaders, described in a party press release as the “Defending Against The California Coup” coalition, held a midday Zoom event with reporters in which they alleged ties between the backers of the recall effort and those who overtook the Capitol on Jan. 6.

Hicks did not provide details or evidence to back up the assertions made during the news conference. A spokesman for Newsom did not respond to a request for comment about the party calling the recall effort a coup.

It’s common and fair game to paint your opponents as extremists, said Rob Stutzman, a Republican political consultant who has not endorsed the recall effort. But describing a legal recall process as a coup at this point in history minimizes the attack in Washington, he said.

“It’s always irresponsible to call a process prescribed by the Constitution and statute a coup,” he said. “It is beyond reckless to characterize the recall as a coup when there’s a literal coup underway in the United States.”

Though activists initiated the recall effort months ago, and backers include some fringe elements and right-wing groups, the campaign has since been adopted by mainstream Republicans, such as former San Diego Mayor Kevin Faulconer and the state GOP.

Backers of the effort must collect nearly 2 million voter signatures by March 17 to qualify for the special statewide election. If successful, it would be only the second recall election against a governor in California history — the first leading to the removal of Gov. Gray Davis in 2003.

“It’s too late to lay this on a few people when so many people have responded to it,” said Anne Hyde Dunsmore, campaign manager and finance director for Rescue California, one of the organizations in support of the recall effort. She said the recall campaign has gathered more than 1 million signatures that transcend party lines. State officials report that more than 500,000 signatures have been submitted.

When asked to respond to the criticism during the call, Hicks said he was not “here today to question the legality” of the recall.

“I think what we are focused on is making clear to signers, endorsers and funders as to exactly who is leading this effort — a number of extremist individuals and groups that have come together and initiated this recall,” he said.

Fellow Dems: Recalls are not coups. Be careful.

Both Republicans and Democrats were quick to call out the party‘s rhetoric.

“I’m extremely disappointed and disturbed to see [the California Democratic Party] using this language,” tweeted Samantha Corbin, a Sacramento lobbyist and Democrat. “Especially now, when we are in a real national constitutional crisis, with threats of violence here in our own state Capitol.”