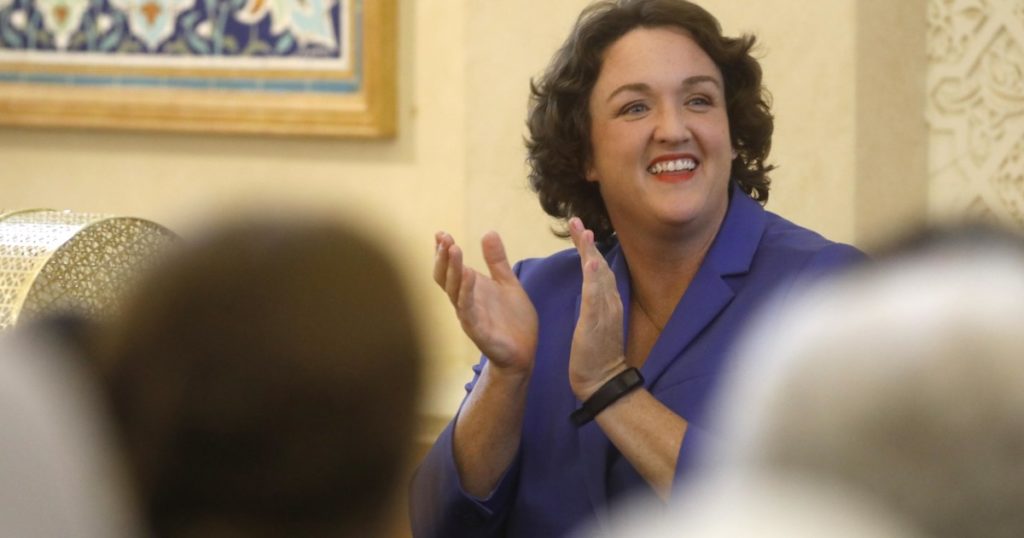 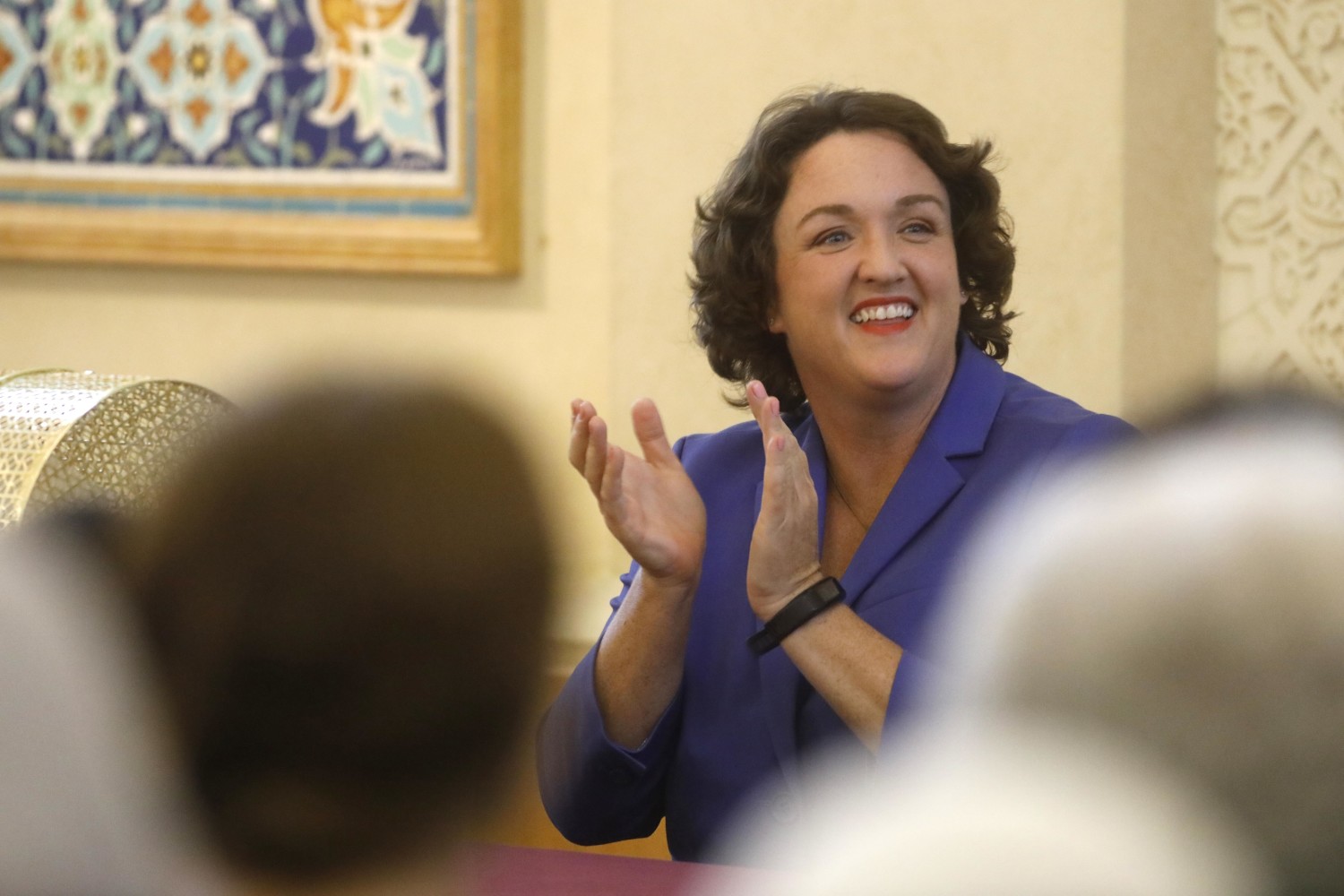 But it felt different when Porter’s progressive passion and impatience for convention turned to them.

Just as she wielded a whiteboard and sharp questioning to expose the flaws and outdated thinking she saw in Postal Service management or the nation’s COVID-19 testing system, Porter recently took aim at House Democrats’ rules and traditions for what is usually a behind-the-scenes competition to determine which lawmakers sit on which coveted committees.

It was a calculated high-stakes gamble that resulted in Porter not returning this year to sit on the Financial Services Committee, one of the House’s most sought-after panels and one for which the former bankruptcy and consumer law professor was highly suited.

But in an institution fueled by seniority and relationships — especially within one’s own party — Porter’s tendency to ruffle feathers could cost her the allies she will need in the future in order to get legislation approved.

In an interview, Porter expressed no regrets that her actions might have cost her support. In some ways, she may have felt she had nothing to lose. None of her progressive bills made it through the Democratic-controlled Financial Services Committee in her first term, a factor in her decision to focus more on oversight.

“That was a big concern for me as a front-liner,” she said, using the Democrats’ term for a politically vulnerable member, “and as somebody who’s very committed to governance and to doing the work.”

Though she will no longer serve on one of the House Democrats’ four “exclusive” committees, Porter did not walk away empty-handed. She will continue to be on the House Oversight Committee, the body’s top investigations panel, where her knack for cutting to the chase and simplifying complex issues will come in handy.

Porter also picked up a subcommittee oversight gavel on the House Natural Resources Committee, and she’s already announced plans to go after polluters and oil and gas companies.

“I absolutely love oversight,” said Porter, who recently purchased the new vanity license plate “OVRSITE” for her minivan. “I came into Congress with a background in banking, but what I found is that the oversight skills I developed there, and the ability to explain technical things, particularly economic issues, translates really well to oversight across a large variety of subjects.”

Porter, 47, came into Congress in a freshman class distinguished by its unprecedented number of women, progressives and younger people. Like Porter, many hold no fealty to the expectations placed on new members, such as respecting seniority and waiting your turn.

Rep. Alexandria Ocasio-Cortez (D-N.Y.) said Porter is simply doing what she was elected to do.

“So many of us, regardless of ideology, run on ‘shaking up Washington.’ But then when you actually come here, there’s a lot of consequences for doing that,” said Ocasio-Cortez, who sat near Porter on the Financial Services Committee and remains on the panel. “There are many strong personalities in our class, and that leads to some ruffling of feathers, because we’re sent here literally to try to disrupt.”

But Porter’s critics say there is a risk in trying to change the system that her colleagues have been operating under for years, particularly trying to undermine committee leadership.

“This is a place that operates on relationships,” said one Democratic lawmaker, echoing a sentiment repeated by others but speaking on the condition of anonymity. “These things don’t win Katie any friends.”

Porter may already be on shaky political ground as a progressive serving in a Republican-leaning, Irvine-centered district that the GOP is targeting for a pickup in 2022.

Porter won reelection in November, but by less than President Biden’s margin in the district, a sign that she is vulnerable. The coming post-census redistricting of California’s congressional map might make reelection even harder in 2022.

Though some have wondered whether Porter might seek refuge in a 2022 challenge for Sen. Alex Padilla’s seat in the Senate, she took such a move off the table, disclosing that she has endorsed Padilla for 2022 and contributed to his campaign.

“I’m a strong supporter of Sen. Padilla,” Porter said, “[I] really look forward to working with him and have already begun conversations about policies we can collaborate and opportunities to introduce him to the Orange County community.” Padilla was appointed by Gov. Gavin Newsom to fill the seat previously occupied by Vice President Kamala Harris.

Porter did not rule out, however, a future bid for the Senate. Progressives hope she runs when Sen. Dianne Feinstein, 87, leaves the Senate, although it is certain to be a crowded field.

Thanks in part to her hearing moments that went viral, Porter’s campaign has become one of the top fundraisers in the House, a rarity for a lawmaker in only her second term.

“It’s so hard to break out and have a national presence,” said longtime Democratic operative Bill Carrick. “She managed to be able to do that in her first term, especially on the Financial Services side.”

Porter made her exit from that committee almost as prominent as her tenure, providing a window into her political style.

Committee assignments are key to lawmakers, offering television exposure, political contributions and a platform to advance a legislative agenda or steer federal dollars.

For Democrats, four committees are labeled “exclusive” due to their influence and time commitment. In addition to Financial Services, they include Ways and Means, Appropriations and Energy and Commerce.

Porter immediately clashed with committee Chairwoman Waters, a powerful member of the California delegation who is close with Pelosi. In addition to balancing the needs of her party’s moderates with the boisterous newcomers, Waters, a longtime force on Democrats’ left flank, didn’t always see eye to eye with the new crop of progressives.

The first time Porter tried to use a poster board in the committee, Waters upheld a Republican objection, citing committee rules. When Porter came back to another hearing with a “Financial Services bingo” board, Waters again told her to take it down. “We’ve talked about this before,” she said.

Porter balked at Waters’ ruling. “Are we adding additional committee rules at this time?” asked Porter, whose use of such props was not an issue on the House Oversight Committee. In a show of her emerging political star power, Porter eventually got to display the bingo poster — on “Late Night with Seth Meyers.”

There were some substantive clashes over legislation as well between Waters and the committee’s progressives.

For some Democrats, the biggest snub came late last year when Porter lobbied to take Financial Services off the list of exclusive committees. That top-tier designation comes with a price: members may not serve on any other committee unless they receive a waiver.

Such waivers are not rare. But if Financial Services were no longer exclusive, it would be easier for new members like Porter to remain on the committee while also branching into other areas without the need for special permission.

“The goal should be to get members on the committee who stay, year after year, who will make this a primary committee and build up expertise over time,” Porter said. “Financial Services is so important and no one knows that better than Chairwoman Waters— how important this really is to people and to our economy and to Southern California.”

When it came time to request committee assignments in the new year, Porter raised eyebrows once again. She requested to remain on Oversight and join the Natural Resources committee as her top two choices. Then she asked for a waiver to continue on Financial Services.

Porter pitched herself to Pelosi in a letter, which Porter has shared. “As the only single mother of young children in our Democratic Caucus, and an expert on consumer debt, mortgage lending, and bankruptcy, I bring deep knowledge and great passion to issues of economic justice and fairness,” she wrote.

It didn’t work. The steering committee in charge of the matter got 10 requests for waivers to get on the Financial Services Committee, according to Porter’s calculation. Only Porter and one other Democrat were denied.

Some progressives say Porter was targeted for removal, pointing to the fact that several members of the Financial Services panel are allowed to serve on other committees, some even as chairpersons. “She wasn’t really wanted, perhaps because of the spotlight she garnered and the goals she sought,” wrote David Dayen, executive editor of American Prospect.

Skeptics say Porter tried to game the complex House Democratic rules to her advantage, and when it didn’t work, allowed herself to be cast as a victim who got kicked off the committee.

Once members have a seat on an exclusive committee, all they typically need to do to stay on it is keep it is as their first choice. If Porter really wanted to stay on Financial Services, critics say, she should have prioritized it.

“She chose to ‘get removed’ from Financial Services,” said one member of the panel, who spoke on condition of anonymity. “You can’t be that choosy.”

Advocates of the committee-approval process say it is designed to ensure there is diversity — racial, gender and geographic — on the committees. Members can lobby the steering committee for waivers; eventually the entire caucus ratifies assignments.

But Ocasio-Cortez called the process a “black box.” She said she and Rep. Sylvia Garcia (D-Texas) were “pretty lined up” for positions on the Energy and Commerce Committee — another exclusive panel — but “that rug got pulled out from under us.”

In the end, Porter made no secret of her disappointment.

In a tweet, she pointed out that others in the same situation got waivers. “I did not,” she wrote. “I play by the rules.”