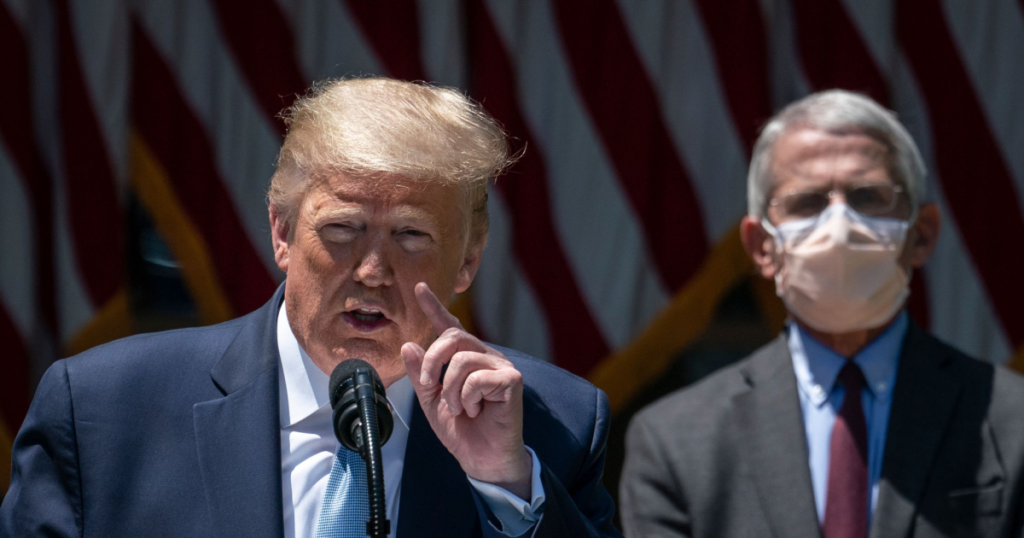 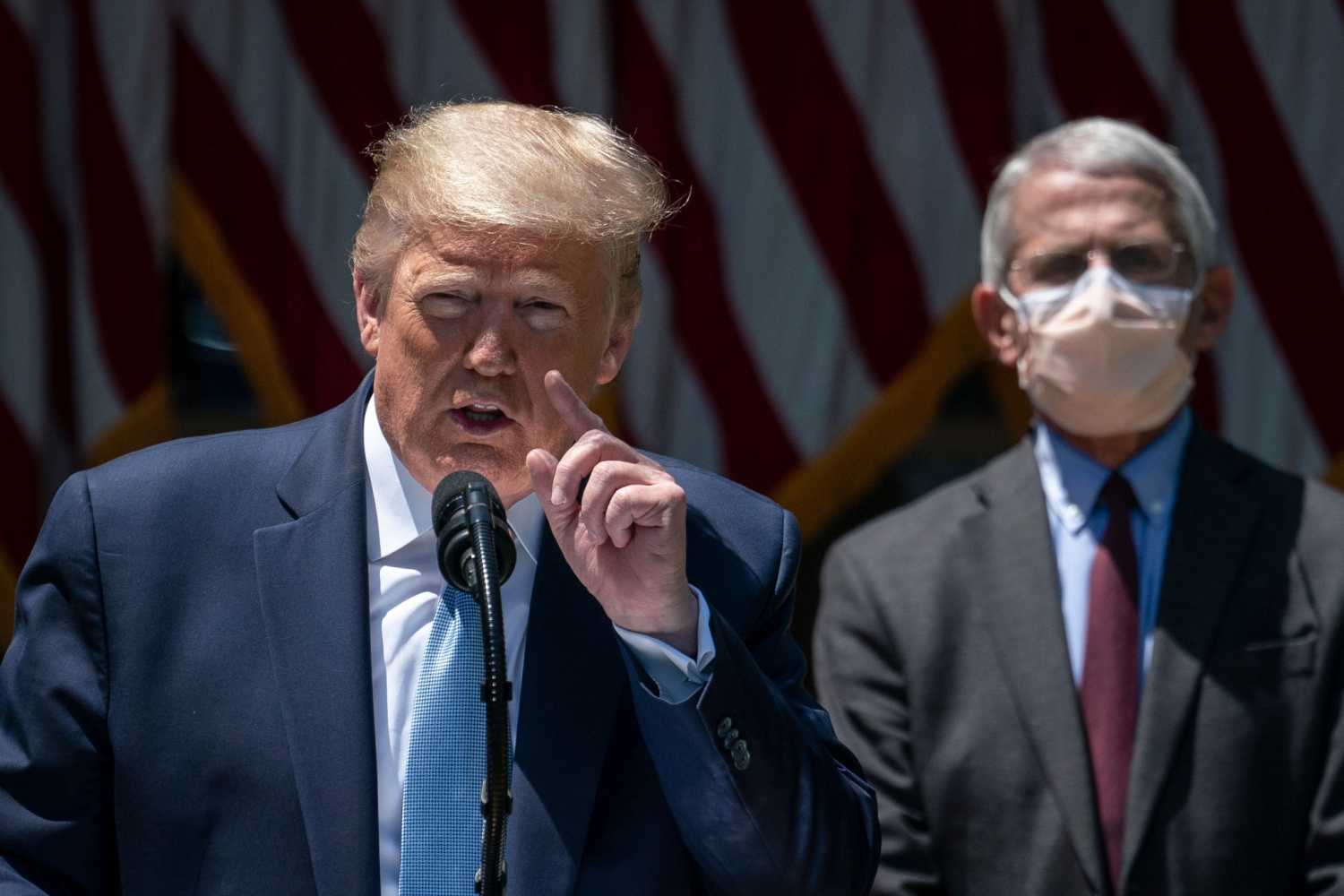 With President Trump still balking at conceding electoral defeat and public health experts forecasting a horrific new phase of the COVID-19 pandemic, calls intensified Sunday for the start of a formal transition to the administration of President-elect Joe Biden.

“Joe Biden’s going to become president of the United States in the midst of an ongoing crisis,” Klain said on NBC’s “Meet the Press,” citing the necessity of preparations to widely distribute a vaccine beginning early next year.

“There are people at [the Department of Health and Human Services] making plans to implement that vaccine,” said Klain. “Our experts need to talk to those people as soon as possible, so nothing drops in this change of power we’re going to have on Jan. 20.”

The Biden team remains cut off from key government experts, including Dr. Anthony Fauci, the country’s top infectious disease specialist, who has frequently drawn Trump’s ire with frank assessments of the pandemic’s threat.

Asked on CNN’s “State of the Union” whether it was important to begin working with the incoming administration as soon as possible, Fauci responded: “Yes, of course…. That is obvious.”

Trump, who traveled Sunday to his Virginia golf property, again tweeted about baseless claims of widespread election fraud, including one tweet in which he appeared to acknowledge his loss for the first time. “He won because the Election was Rigged,” Trump wrote.

Less than two hours later, he sent a follow-up tweet, declaring that his rival “only won in the eyes of the FAKE NEWS MEDIA” and adding: “I concede NOTHING!”

Biden’s inner circle has expressed exasperation over the continuing delays in the formal start of the transition, which provides the incoming administration with access to federal funds and an array of logistical assistance, such as State Department help in arranging contacts with foreign leaders.

“Donald Trump’s Twitter feed doesn’t make Joe Biden president or not president,” Klain said in his NBC interview. “The American people did that.”

Some of Biden’s allies have taken a harsher tone in public comments about Trump’s refusal to concede the race in the face of mathematical clarity about the result, saying he is undermining confidence in democracy itself.

Sen. Bernie Sanders (I-Vt.) said the president needed to “man up” and stop misleading his backers about the vote’s integrity. On Saturday, with thousands of Trump supporters marching in Washington and loudly declaring their refusal to acknowledge Biden’s win, the president — unmasked, with the Secret Service in tow — took a motorcade ride to greet them.

“The idea that he continues to tell his supporters that the only reason he may have lost this election is because of fraud is an absolutely disgraceful, un-American thing to do,” Sanders said on CNN.

The formal start of the presidential transition process is triggered only once the head of the General Services Administration “ascertains” the election result. A hitherto obscure Trump appointee, Emily Murphy, has so far blocked that step.

Klain said “what we really want to see this week” is for the ascertainment to be issued.

Underscoring the need to act swiftly to slow the spread of COVID-19, Dr. Michael Olsterholm, who serves on Biden’s coronavirus advisory board and directs the Center for Infectious Disease Research and Policy at the University of Minnesota, said on NBC that the crisis was deepening daily.

“We are in a very dangerous period, the most dangerous public health period since 1918,” he said, referring to the influenza epidemic that killed about 50 million people worldwide. “And if we don’t basically take important steps like stop swapping air with our neighbors, our friends, our colleagues, we’re going to see these numbers grow substantially.”

Fauci, who directs the National Institute of Allergy and Infectious Diseases, said on CNN that it was possible that the death toll, already approaching a quarter of a million, could rise by another 200,000 before a vaccine became widely available. The pharmaceutical company Pfizer last week reported successful clinical trials for a vaccine it developed, and others are in the pipeline as well.

Although almost all Senate Republicans have fallen in line with Trump’s refusal to concede the election, a few GOP governors have been somewhat bolder in their language.

Gov. Mike DeWine of Ohio, whose state is enduring a sharp surge in the virus, said on CNN that Trump had a right to continue seeking legal remedies over the vote count, but “certainly based on what we know now, Joe Biden is the president-elect.” He said a “normal” transition was important “for the country’s sake.”

Another Republican whose state has been hit hard by the virus, Gov. Asa Hutchinson of Arkansas, said on NBC that he expected Biden to be the next president, and that it was “very important” for the president-elect to have access to intelligence briefings.

Trump’s efforts to contest the election result in court have yielded a string of defeats, and voting experts said that, especially with last week’s projections of Georgia and Arizona in the Biden column, there was virtually no prospect of legal challenges that could alter the outcome.

But the president’s lawyer Rudy Giuliani insisted, without citing evidence of wrongdoing in the vote-counting process, that the president would fight on. Giuliani, on Fox’s “Sunday Morning Futures,” said of Trump’s initial tweet seeming to accept defeat: “I guess you would call it sarcastic.”

“Obviously, he’s contesting it vigorously in the courts,” he said.