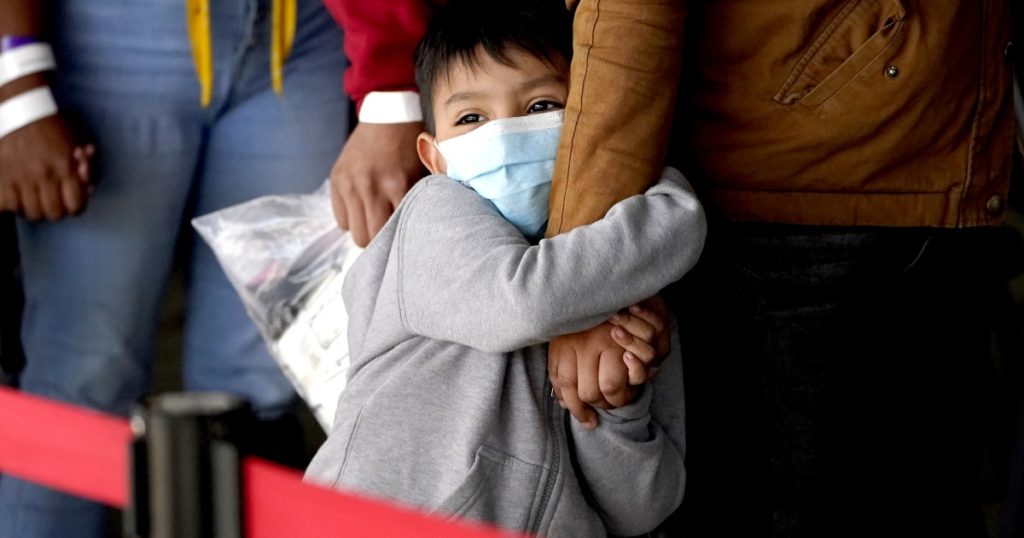 The long-raging debate over fixing the nation’s dysfunctional immigration system flared back to life this week, with Republicans seeking political advantage from a surge of children at the southwestern border as Democrats press forward with legislation that could create a path to citizenship for millions, including young Dreamers.

Although both sides agree that the current immigration system works poorly, efforts at reform have stalled for two decades.

The voters for whom the issue is a top priority tend to be strongly partisan, giving elected officials little political incentive to appeal to the other side. Although polls have shown the country as a whole growing more liberal on immigration issues during the Trump years, Republicans have moved toward increasingly hard-line positions, undercutting possibilities for legislative compromise.

For the Biden administration, the increased number of young migrants at the border — now running at several hundred arriving each day — carries risk. Officials have tried to undo Trump administration policies that many Democrats saw as inhumane without sparking a huge, new influx of migrants that could re-create the chaos of previous border surges in 2014, under President Obama, and 2019, under President Trump. A widespread perception of the border being out of control could damage Biden in voters’ eyes.

The president and other administration officials have stressed that the border remains closed and that the vast majority of adult migrants are quickly expelled. They have urged Central Americans to stay home.

“I can say quite clearly: Don’t come over,” Biden said in an interview Tuesday with ABC’s George Stephanopoulos.

Officials concede, however, that smuggling cartels have highlighted the change in administrations to encourage migrants.

“The president’s message will get widely distributed,” Roberta Jacobson, the White House coordinator for border issues, said in an interview Wednesday with NBC. But, she added, “as I have said before, the smugglers are very agile, and their message gets through quickly.”

Republicans face their own risk, however. The party made notable gains among Latino voters in 2020, but could lose ground by renewing an image of being hostile to immigrants.

As each side seeks to rally supporters and shape public opinion, the parties have pressed dueling narratives, both involving young migrants.

Republicans have portrayed teenage migrants at the border as a threat — at a House hearing Wednesday, for example, Republican lawmakers repeatedly raised the specter of migrants infected with the coronavirus coming into the country.

Democrats have pointed to the Dreamers — young immigrants who were brought to this country unlawfully as children — as exemplars of America’s promise.

The House is expected on Thursday to approve the bill providing a path to citizenship for Dreamers. Many of them have been allowed to live and work legally in the U.S. since 2012 under an order by Obama. Trump sought to revoke the Obama order, known as DACA, or Deferred Action for Childhood Arrivals, but was blocked last year by the Supreme Court.

The bill would also provide permanent residence to immigrants currently in the U.S. on temporary protected status. In all, the legislation, if it becomes law, could quickly provide green cards and a path to citizenship for close to 3 million immigrants, according to the Migration Policy Institute, a Washington think tank.

The House is also likely to approve a second measure that would significantly expand the number of seasonal farmworkers allowed to enter the U.S. and work legally.

Those votes will represent the opening shot in a legislative battle likely to stretch deep into the year. Although the Dreamers’ cause has enjoyed strong public support, and the farmworker measure has backing from a significant number of Republicans from agricultural districts, both face solid opposition from hard-line immigration opponents in the Senate. Republican leaders have denounced the Dreamers measure as “amnesty” — a label that has repeatedly sunk previous immigration bills.

A comprehensive immigration reform measure proposed by the Biden administration, which could offer legal status to some 11 million immigrants and change the overall structure of U.S. immigration, could come to the House floor this spring, but faces an even more difficult path in the Senate.

The bill’s supporters had hoped to consider it as soon as this week but put off action as even many Democrats weren’t ready to vote. Many in both parties say that trying to deal with the immigration system’s problems one bite at a time may be more effective.

“You have to do it in pieces. People call it piecemeal; I think it makes all the sense in the world,” said Republican Sen. Marco Rubio of Florida, who initially backed an unsuccessful bipartisan effort at comprehensive reform during the Obama administration. “We do that on issues all the time.”

Even Republicans who supported past immigration compromises say any new legislation needs to be accompanied by measures aimed at tightening security.

“You’ve got to marry it up with some border security provisions,” said Sen. Lindsey Graham of South Carolina, another Republican who backed the comprehensive reform bill in 2013. If not, giving more people legal status will “continue to incentivize the flow” of immigrants, he warned.

Talk of border security has strong appeal to conservative Republicans, as polls repeatedly have documented. Trump proved that in his 2016 campaign and his time in office, in which restricting both legal and illegal immigration served as a major theme.

Republicans have sought to reinforce the security issue by highlighting what they call a border crisis.

The number of migrants trying to cross the border has shot up this winter, starting in the closing weeks of the Trump administration and rising since. Many cite persecution in their home countries and claim asylum, a right protected by U.S. law.

Border officials are “on pace to encounter more individuals on the southwest border than we have in the last 20 years,” Homeland Security Secretary Alejandro N. Mayorkas said in a statement Tuesday.

Although border officials continue to expel the vast majority of migrants they encounter — roughly 80%, according to Border Patrol statistics — Biden has changed one key policy: Officials no longer expel children who arrive at the border without parents.

Biden defended that change in the ABC interview.

“What do you do with an unaccompanied child that comes to the border? Do you repeat what Trump did? Take them from their mothers, move them away, hold them in cells, etcetera? We’re not doing that,” he said.

Most of the minors who arrive at the border “come with a phone number” of a parent or other family member in the U.S., he said. The administration’s policy is to move the children as quickly as possible into shelters where they can be held until officials can contact that family member and ascertain that the situation is safe. If it is, they’ll allow the children to live with relatives until their legal claims for asylum can be considered.

Implementing that policy has been messy, however. The process of vetting adult sponsors can take weeks, and the numbers have rapidly outstripped the supply of shelter beds. That’s meant that hundreds of children have been kept for days in Border Patrol lockups, violating court orders that mandate they be moved within 72 hours.

The administration has developed plans to house up to 3,000 children in the Dallas convention center, starting as early as this week, and has also deployed FEMA to help.

Republicans have blamed the situation on Biden, seizing the opening to challenge the new administration, which has otherwise enjoyed a relatively smooth first two months.

By halting construction on Trump’s border wall, ending some of the previous administration’s policies and stressing the need for humane border policies, Biden has encouraged illegal migration, GOP lawmakers say.

“The President’s actions directly contributed to this unfortunate, yet entirely avoidable, scenario. They are also a blatant violation of federal law and infringe on Congress’s constitutional power of the purse,” a group of 40 Republican senators wrote in a letter this week, referring to Biden’s decision to stop spending money on the wall. Trump diverted money from the Pentagon budget to build the wall in 2019 and again last year after Congress refused to approve spending for it.

Texas Gov. Greg Abbott accused Biden of adopting an “open borders” policy — a claim belied by the high percentage of migrants who are summarily expelled. Biden’s policies, he said, were “enticing” Central Americans to “make this dangerous trek.”

Outside experts note that migration almost always surges during the winter, when conditions along the border are less harsh, and that the current surge is closely following the pattern of the previous upswings. A migrant surge this winter was widely predicted last fall, before Biden’s victory, and the numbers began to increase before Biden’s inauguration.

The repeated nature of the border problem is a point Mayorkas has stressed.

“The migration challenge we face at the southern border is not new,” he said Wednesday. “It’s a reflection of the fact that our migration system is broken.”