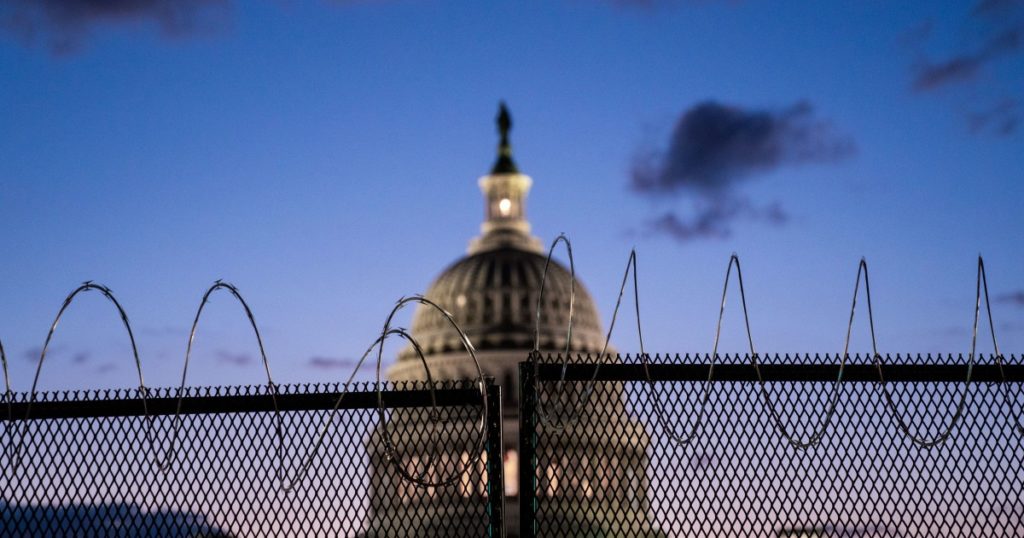 Last week’s deadly attack has renewed focus on both security surrounding the U.S. Capitol, and the beleaguered police force whose union is demanding Congress act to ensure the force can improve the recruitment and retention of its officers.

Union Chairman Gus Papathanasiou warned that without action, the U.S. Capitol Police force could face a mass exodus, adding in a statement that Friday’s attack and the Jan. 6 insurrection have decimated morale.

Within five years, 500 officers will reach retirement age, Papathanasiou said. And while some can retire now, “I’ve had many younger officers confide in me that they’re actively looking at other agencies and departments right now,” he added.

Even ahead of what he sees as a looming crisis, the force is more than 200 officers below its authorized level of more than 2,000 officers, Papathanasiou maintained. This gap has caused the force to struggle in meeting “existing mission requirements even with the officers working massive amounts of forced overtime,” he said.

The United States Capitol Police echoed the union’s sentiments in an unsigned statement to the Los Angeles Times on Monday, writing: “we appreciate and join in the Union’s support for increased hiring, retaining our current officers and implementing many of the recommended security enhancements as quickly as possible.”

One officer was killed as a result of Friday’s attack and a second injured, after the suspect rammed his car against a police barricade, according to authorities. The suspect, Noah Green, 25, was fatally shot by officers when he exited his car and lunged at them with a knife, police said. The death of William “Billy” Evans, 41, was the second in the line of duty for the U.S. Capitol Police in less than four months. Officer Brian Sicknick died from injuries sustained during the Jan. 6 insurrection; two other officers died by suicide in the weeks after that attack. Prior to this year, four officers had died in the line of duty in the history of the force, according to the Capitol Police.

Green posted on Facebook in March about his struggles with mental health and his attempts to find direction through spirituality and the Nation of Islam, the black empowerment and religious organization also known for anti-Semitic and homophobic rhetoric.

The Metropolitan Police Department, which is leading the investigation, along with the United States Capitol Police and the FBI, on Monday called for help from anyone with information related to the case but declined to provide more information on the possible motive. Authorities have previously said they do not suspect domestic terrorism.

Although some lawmakers and the public have been calling on officials to remove more of the security around the Capitol in recent weeks, Friday’s assault could extend the process, said U.S. Rep. Jennifer Wexton, a Democrat who represents neighboring Northern Virginia, in an interview with The Times.

“I would like the fencing to come down at the earliest possible moment,” Wexton said. “It wasn’t a fence that failed us on Friday or on Jan. 6,” she added. “The openness of the Capitol is something that we really value and want to get back to as quickly as possible.”

Davis said that fencing would not stop all threats and that if were to remains long term, it would have to be removable and more aesthetically pleasing.

Meanwhile, Daniel Schuman, policy director for the Washington-based Demand Progress Education Fund, which seeks openness in government, maintains that neither resources nor fencing is at the root of the problems facing the Capitol Police.

Fencing and other security surrounding the Capitol will not “necessarily address the next problem the force faces, but it will create a false sense of security and will keep the American people from being able to easily speak with their representatives,” Schuman said. “The more we separate members of Congress from the people we need to talk to them, the frailer we make our democracy.”

“If we don’t address the ongoing management problems, nothing else you do — including throwing more resources at the problem — will make a difference,” Schuman added.