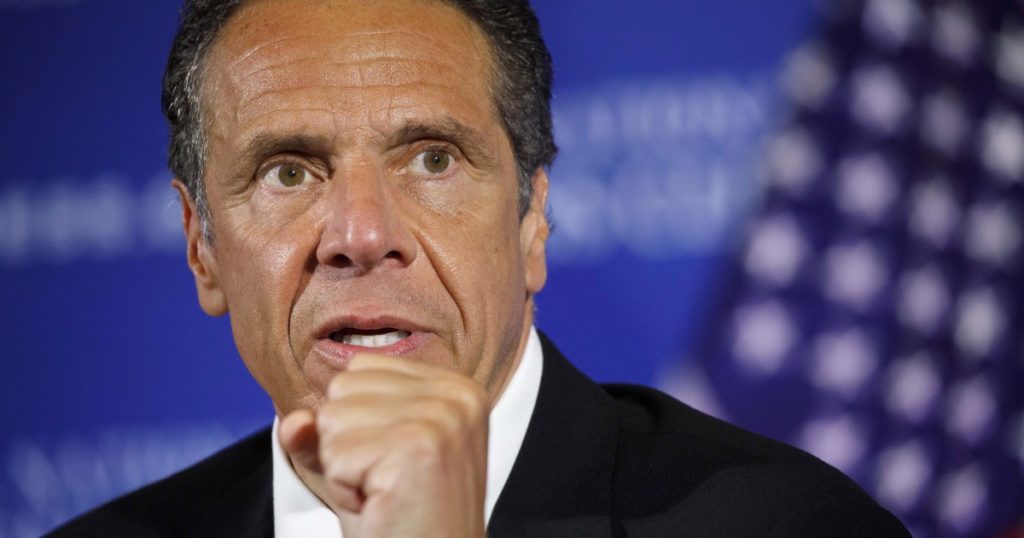 New York Gov. Andrew Cuomo was defiant amid intense pressure to resign on Friday as influential members of the state’s congressional delegation urged him to step down over charges of sexual harassment and covering up the number of pandemic-related nursing home deaths in his state.

The governor responded to the deluge of resignation demands by accusing the lawmakers of a “reckless and dangerous” rush to judgment.

The majority of Democrats representing New York have now called on the governor to leave office, an extraordinary vote of no confidence in a political leader who only recently had gained national adulation for his handling of the pandemic.

“The repeated accusations against the governor, and the manner in which he has responded to them, has made it impossible for him to continue to govern at this point,” said a statement from House Judiciary Chairman Jerry Nadler, who represents New York City. “Governor Cuomo has lost the confidence of the people of New York. Governor Cuomo must resign.”

It was among an influx of similar statements that landed Friday morning from influential New Yorkers in the House, a major blow to Cuomo that threatens to cripple his prospects for remaining in office. At least a dozen House Democrats from the state have now said they have lost faith in the governor’s leadership.

Yet Cuomo was unrepentant at a news conference on Friday afternoon.

“There are often many motivations for making an allegation, and that is why you need to know the facts before you make a decision,” Cuomo said. “Women have the right to come forward and be heard. But I also want to be clear there is still a question of the truth. I did not do what has been alleged.”

He attacked the lawmakers who called for his resignation, which also include 50 Democratic state legislators. He also made the striking claim that he is a victim of “cancel culture,” a charge typically levied by politicians on the right.

“Politicians take positions for all sorts of reasons, including political expediency and bowing to pressure,” Cuomo said. “But people know the difference between playing politics, bowing to cancel culture and the truth.”

Yet the outlook for the governor darkened considerably Friday, as erstwhile allies abandoned him in the face of sexual harassment charges from six women, an investigation launched by the state attorney general’s office, an impeachment inquiry by the state Assembly and revelations that his office hid data regarding COVID-19 deaths at nursing homes for political purposes.

“These allegations have all been consistent and highly detailed,” a statement from New York Reps. Alexandria Ocasio Cortez and Jamal Bowman said regarding allegations of harassment and sexual impropriety against the governor. “Governor Cuomo can no longer effectively lead in the face of so many challenges.”

By Friday afternoon, even the Biden administration was reluctant to stand behind Cuomo. Press Secretary Jen Psaki would not say at a briefing whether President Biden thinks the governor should resign but she said he supports the investigation into the allegations of sexual harassment.

The allegations suggest a pattern of inappropriate behavior by the governor toward younger women, including a former aide who said he suggested they play strip poker on one occasion, and in another kissed her on the lips without asking.

Another young aide was so unnerved by the governor’s sexual overtures that she reported them to his chief of staff, who transferred her to another job. Another younger woman who met Cuomo at a wedding said she was embarrassed and shocked when he asked to kiss her and then put his hands on her bare back and on her face.

Cuomo is accused of undercounting the number of COVID-related deaths at nursing homes after ordering the facilities to take in patients who had been infected by the virus. His staff withheld the accurate data from lawmakers amid concern about the political fallout, according to a report from the state attorney general.