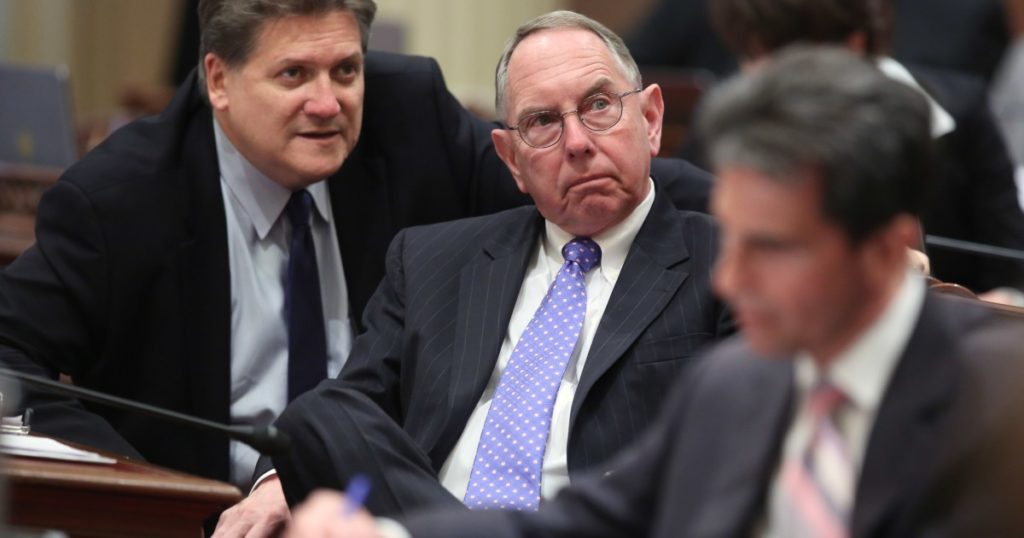 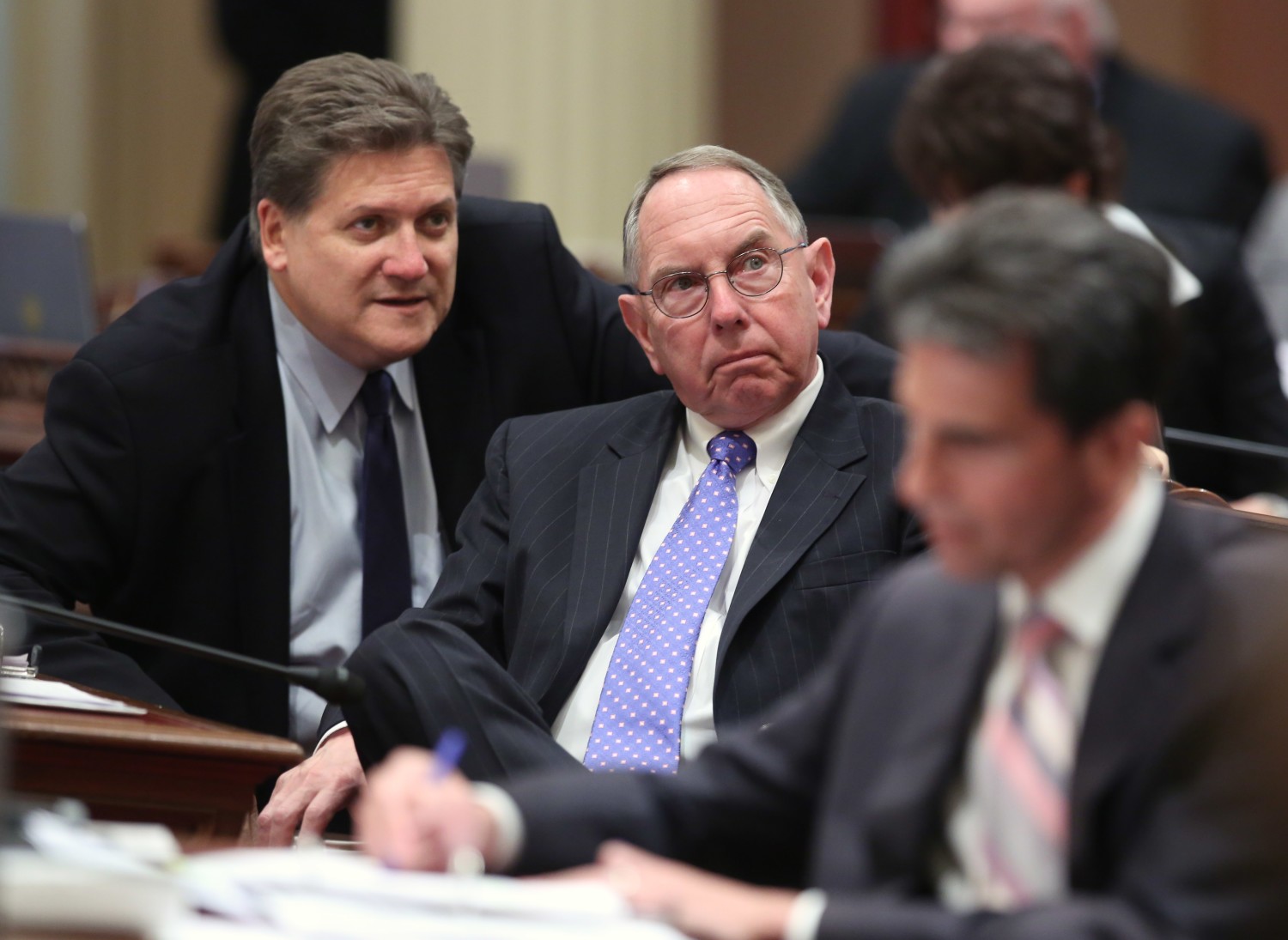 As injured patients and consumer rights groups fight for tougher penalties on grossly negligent doctors, California’s powerful physicians lobby is working hard behind the scenes to water down any proposed reforms. So far, the lobbyists seem to be winning.

The battle between would-be reformers and the physicians’ professional association rages regularly in Sacramento. It gained fresh momentum this week in the wake of a Times investigation that found the Medical Board of California, which oversees physicians, has consistently allowed negligent doctors to keep practicing and harming patients: leaving them dead, paralyzed, brain-damaged and missing limbs.

The board allowed some doctors to keep practicing even after accusing them of misleading patients — and the board’s own investigators — to conceal significant medical errors.

On Wednesday, Gov. Gavin Newsom, whose office is responsible for appointing most of the board members, refused to be interviewed about The Times’ findings or to offer comment.

Despite the issues highlighted in The Times’ investigation, patient advocates say they are hamstrung in their effort to push legislators to make meaningful changes in the name of public safety by the deep-pocketed California Medical Assn.

For years, reformers have been demanding significant medical license fee increases to beef up enforcement and to alter the balance of the oversight board — from a physician majority to a public member majority — in the hope of getting more patient-friendly decisions in disciplinary cases.

But in a message to members last month, the doctors’ lobbyists claimed they got the ear of the senator sponsoring those reforms — Richard Roth (D-Riverside) — and persuaded him to kill “problematic proposals.” They also bragged of their “major victory” in reducing the proposed 50% license fee increase to just 8%.

Robert Fellmeth, executive director of the Center for Public Interest Law at the University of San Diego, called the California Medical Assn. a “pernicious cartel” that consistently fights to starve the state medical board of the funds needed to investigate doctors.

The political ties of the medical association have been well documented, particularly since Newsom’s well-publicized blunder sitting next to CMA’s chief executive and top lobbyist at an upscale Napa Valley restaurant last year, seeming to flout COVID-19 safety guidelines the governor had set.

Anthony York, spokesman for the California Medical Assn., did not seem fazed by the criticism. “Like other groups at the Capitol, we weigh in on legislation,” York said. “We have our victories and losses like other folks.”

Lawmakers review the Medical Board of California at least every four years as part of a sunset review process that allows it to continue to exist. This year’s hearings in the state Capitol have, at times, become contentious, with medical board officials defending their enforcement record as harmed patients or their loved ones pleaded for more transparency and tougher punishments.

In a March hearing, Eserick “TJ” Watkins, one of seven non-physicians on the 15-member board, told lawmakers that he has lost faith in the board he serves on after seeing concerns continually ignored. Watkins said the board “uses a legal veil to protect doctors” by focusing on rehabilitation of those accused of misconduct over the protection of patients.

“We protect the doctors and we go over and above to do so,” Watkins said in March.

The medical board conceded that the legislative scrutiny surrounding the board’s enforcement program made it “clear we can do better,” wrote board president Kristina Lawson in the board’s July newsletter.

Roth said his bill, SB 806, still has strong reforms, such as allowing the board to seek reimbursement from disciplined doctors for investigation and legal costs. The measure is crucial because, with no fee increases in 15 years, the board is “insolvent,” Roth noted.

But during an Assembly hearing on the bill Wednesday, a CMA lobbyist said the group remains opposed to the idea because it might encourage “overspending” by investigators.

“Even when they’re winning, the CMA opposes everything,” said Carmen Balber, executive director of Consumer Watchdog, which advocates for patients’ rights.

In place of changing the makeup of who is on the board, Roth’s bill calls for an enforcement monitor to oversee the board’s disciplinary actions and handling of complaints.

Under the proposal, the director of the Department of Consumer Affairs would appoint such a monitor by March 1, 2022. The enforcement monitor would then report its findings to the Legislature.

Consumer groups welcomed additional oversight, but said they were skeptical it would bring real change, particularly since the consumer affairs department director who would appoint the position is Kimberly Kirchmeyer, the former executive director of the medical board.

Roth said the enforcement monitor was his way of trying to pry information from the medical board. He said lawmakers can’t create good policy when the state’s medical board has refused to share detailed information about troubling cases. Without more information, Roth said, it’s impossible to know why doctors accused of negligence are repeatedly placed on probation and allowed to see patients.

“The problem is when you ask questions, they say it’s physician confidentiality and we can’t discuss disciplinary cases,” Roth said.

At Wednesday’s hearing, injured patients, advocates and several lawmakers pointed to The Times’ investigation as evidence of the need for stronger enforcement. The newspaper found a persistent pattern of leniency by the board in disciplining doctors who have been accused of violating the Medical Practice Act.

Of 10 physicians most frequently found to have committed serious malpractice by the board, nine were accused of offenses that warranted license revocation, according to a Times analysis of board actions since 2008.

But instead of revoking their licenses, the board stayed those orders and placed the doctors on probation, allowing them to continue practicing. Four went on to be accused of seriously harming other patients after their first board discipline, The Times’ review of medical board records found.

The Times’ analysis of medical board records showed it received nearly 90,000 complaints against doctors in the last decade from patients, nurses, fellow physicians and others.

Of those, 3,100 were substantiated by the board’s investigators and led to disciplinary action. Three-quarters ended in probation or a letter of reprimand. Only 439 — less than 0.5% of the original complaints — ended in licenses being revoked.

“This of course is either a statistical anomaly or a complete failure of the medical board to take action to protect every Californian,” said Assemblyman Evan Low (D-Campbell), chair of the Assembly Business and Professions Committee that passed Roth’s bill Wednesday.

Low said many of the issues facing the board are not being addressed in the current bill, but that lawmakers remain “deeply committed to addressing those issues moving forward.” The legislative process this year has been slowed by COVID-19, making it more difficult to craft and pass bills. The bill to extend the medical board calls for a shortened timeline for when the Legislature would revisit doctor enforcement reforms — from the typical four-year cycle to two years. The Legislature could readjust doctor licensing fees again as early as next year.

“The board is certainly not off the hook,” Low said.

Critics argue that the medical association’s influence over the state licensing board and legislators has allowed for major reforms to fail year after year. Two of the past presidents of the California Medical Assn. are appointed members of the board.

Former state Sen. Jerry Hill (D-San Mateo) said he ran into opposition from the medical association to his proposed legislation a few years ago requiring doctors placed on probation to notify patients of their disciplinary status.

The medical association was instrumental in killing the original legislation, he said, and in watering down the bill that ultimately passed. That version required disclosure of only certain offenses underlying probation, including sexual abuse, substance abuse and fraud, while the original was all-encompassing.

Assemblyman Jim Wood (D-Healdsburg) said lawmakers are used to aggressive lobbying, but that the California Medical Assn. goes beyond that. “I feel like they are bullies,” Wood, a dentist, said, describing pressure campaigns that mobilized the group’s 50,000 members. “Their tactics are scorched earth.”

Wood, who clashed with the CMA over a bill last year on increasing nurse practitioners’ scope of practice, said the cases highlighted in The Times’ investigation are “horrifying” and convinced him it’s past time for the licensing board to include more public members than doctors.

So far, that provision is absent from the current version of Roth’s bill.

York, the CMA spokesman, said the current system should — and does — go after bad actors aggressively.

“But, it shouldn’t take a shotgun approach to enforcement that captures doctors who aren’t doing anything wrong and gets them caught in a web of enforcement actions unnecessarily,” York said.

Changes made to the bill this week don’t assuage advocates’ concerns. New amendments allow the executive director of the board to send a confidential advice letter to a doctor “to resolve a complaint for an alleged violation of the Medical Practice Act.”

That infuriated critics of the board, who said the provision further exacerbates transparency issues and is essentially “a get out of jail free card.” Roth said the medical board asked for the ability to send confidential advice letters to address “low-level violations” and avoid having to use the formal process of filing a costly accusation through the Department of Justice.

The complaint and confidential letter, according to the bill, would be purged after three years if there are no further complaints against the doctor.

“This amendment is another shady scheme that helps doctors and hurts patients,” said Shawnda Westly, a Democratic consultant who has been critical of the medical board’s handling of her complaint alleging medical negligence. “It allows the medical board to give secret advice to doctors about how to evade discipline and accountability. How is this considered consumer protection?”