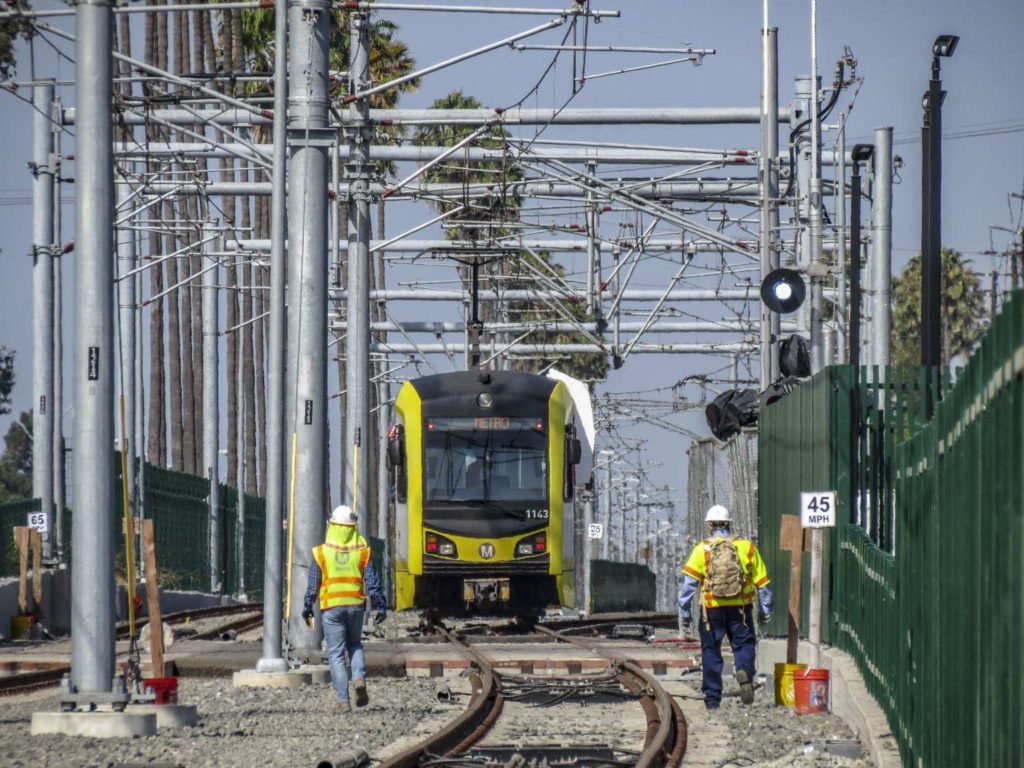 Metro is busy building and planning for new rail lines, but it’s not all going smoothly. Sure, mega-projects can have mega-hiccups, but Metro is continuing to make progress, and completion dates aren’t all that far off. Below is a round-up of some recent Metro rail developments:

Metro’s 8-mile $2 billion Crenshaw/LAX line has had more than its share of construction problems. When construction got underway in early 2014, the line was anticipated to open in fall 2019. It is getting difficult to keep track of the numerous times that Metro leaders have announced delays to that opening date, though it looks like the last projected opening date was late 2021.

In January, Metro announced that it had engaged a consultant to assess the project and come up with a more realistic schedule.

Twitter user Numble posted a March 2020 Crenshaw/LAX Montly Monitoring Report from the consultant, and the news is bad. The report forecasts that the line will open to the public (called revenue service) on November 1, 2022. The report contains a lot of near-impenetrable technical detail about various problems; for example, there were unacceptable gaps between the concrete bearing surface and the rail pads (this required a 50-person crew to grout.)

Construction is nearly complete, so much of the current work is testing everything, then troubleshooting and fixing systems that don’t work. The report disparages an “abnormally low” rate of systems testing successfully, resulting in more time being spent to repair and re-test.  “Failure rates are counterproductive. Assembly of key staff is difficult enough, and high failure rates are a set back to schedule and morale. [For systems testing] Team needs to prepare in advance and not waste time of approvers when obviously not ready.”

Metro’s 1.9-mile $1.8 billion downtown L.A. Regional Connector light rail subway broke ground in late 2014 and was expected to open in 2020. Tunneling through downtown was more difficult than anticipated, resulting in cost overruns and delays. In January, the board approved fiscal incentives expected to save time on the final stretch of construction (which has closed a portion of the L Line) and have the new line open to the public next Summer.

Twitter user Numble posted a March 2020 Regional Connector Monthly Monitoring Report that shows that the Regional Connector is still hitting some snags, though not quite as serious as those on Crenshaw. The report states that the connector opening has been pushed back about a month, now August 29 2022.

This appears to be the first time that the Regional Connector opening has moved ahead of Crenshaw/LAX opening. But they are still pretty much neck and neck. Fingers crossed for two big line opening celebrations next year.

Spoiler: like Streetsblog, he doesn’t have a high opinion of the monorail.