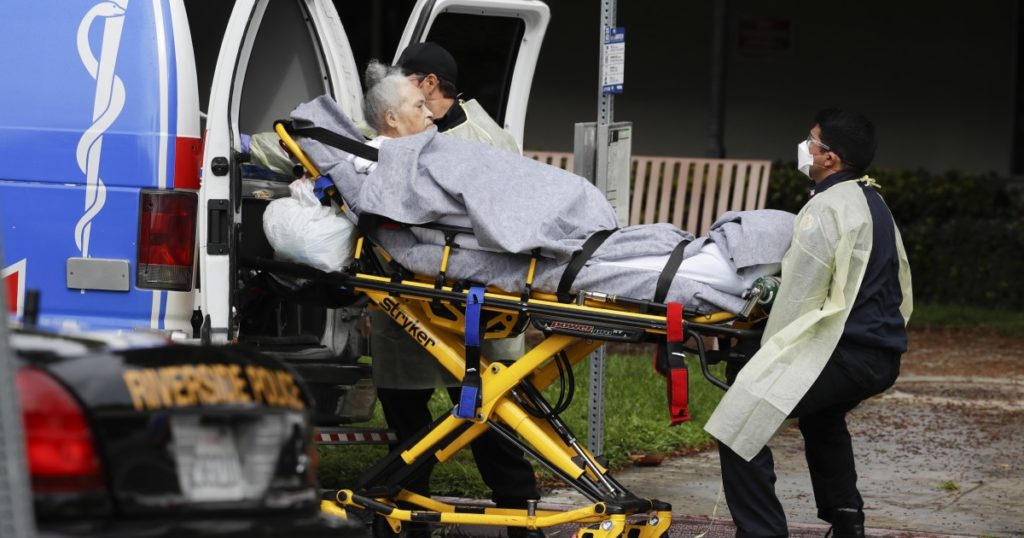 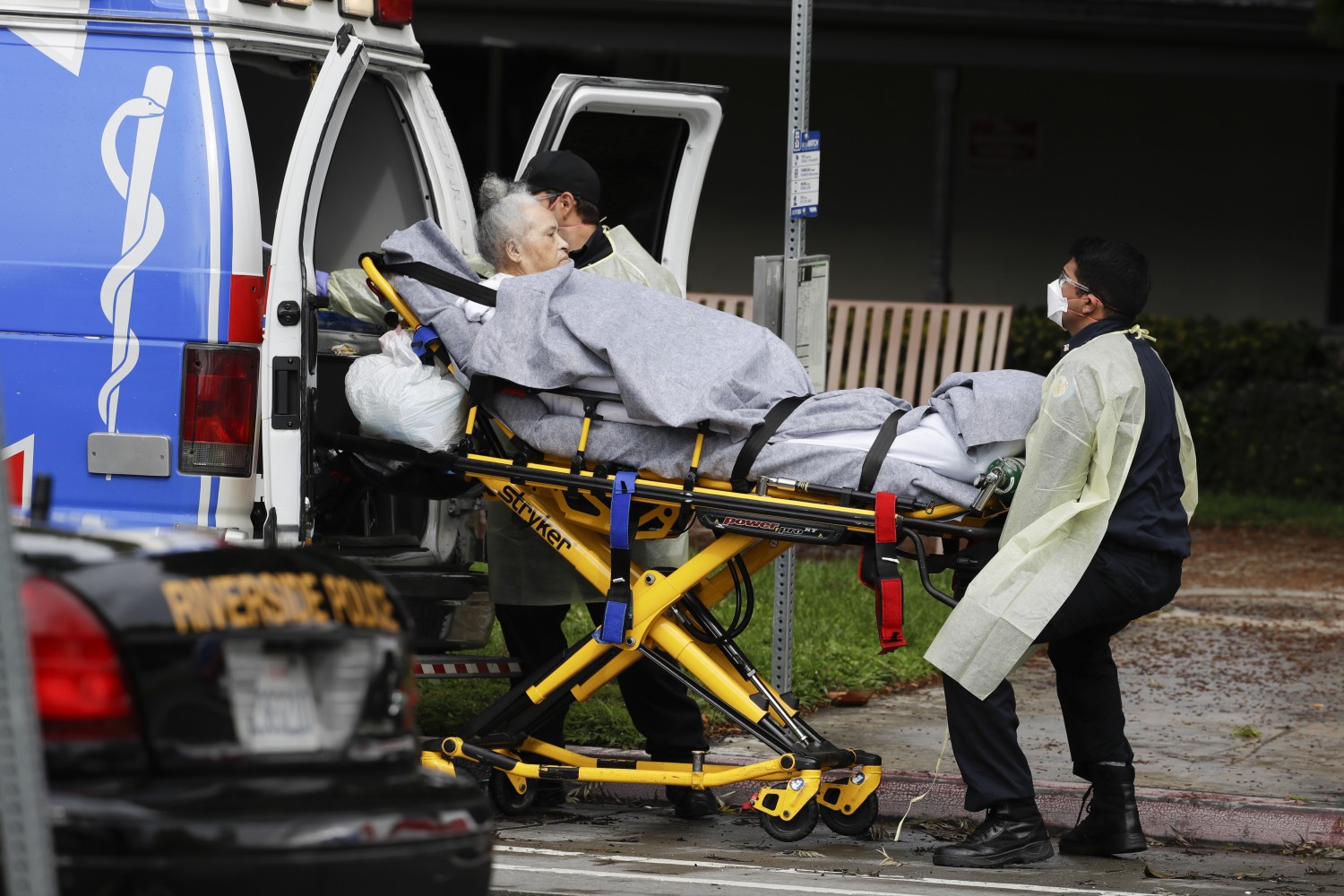 Plans to begin administering COVID-19 vaccines this month to millions of vulnerable Americans will depend not on public health departments, but largely on the nation’s two largest for-profit pharmacy chains.

CVS Health and Walgreens Boots Alliance were tapped by the Trump administration to vaccinate more than 3 million residents of nursing homes and other long-term care facilities, which are expected to get the first wave of vaccines, perhaps as soon as next week.

The leading role for the two pharmacy giants highlights the power and reach of the companies, which together have some 20,000 pharmacy locations nationwide.

It also underscores how, after years of underinvestment in public health, the U.S. is highly dependent on for-profit companies for critical public services such as immunizations.

“We’re in a situation where we don’t have a public sector that’s able to do something like this,” said Jeffrey Levi, the former director of the nonprofit Trust for America’s Health. “We have to work with the system we have.”

Federal officials say the partnership with the pharmacy companies is a model that will rapidly get vaccine to needy patients.

“I’m incredibly confident that these public-private partnerships are ready to execute,” U.S. Army Gen. Gus Perna told reporters this week. Perna is chief operating officer of Operation Warp Speed, the federal initiative set up by the Trump administration to support development and distribution of COVID-19 vaccines and medicines.

Some public health leaders nevertheless remain leery of the heavy reliance on multibillion-dollar corporations whose primary duty is to their shareholders, especially as the full scope of the companies’ vaccine distribution work remain secret.

Neither CVS and Walgreens nor the U.S. Department of Health and Human Services would provide copies of the agreements signed between the companies and the federal government.

“At the end of the day, these are businesses,” said Lori Tremmel Freeman, who directs the National Assn. of County and City Health Officials. “They are not the same as a health department, whose business is keeping people safe. Health departments have no other motive. They don’t care about the bottom line.”

Other healthcare experts warned that while CVS and Walgreens may have the logistical capability to get vaccine to thousands of nursing homes and assisted living facilities across the country, they may not be the best option to help other vulnerable populations, including low-income and minority communities hit hardest by the pandemic.

“We’ve learned over the years that the private sector, in general, does a really poor job of reaching out to at-risk populations,” said Christopher Koller, former state insurance commissioner in Rhode Island who heads the Milbank Memorial Fund, a nonprofit supporting research on the healthcare system.

Walgreens, though it bills itself as a “health and wellness enterprise,” continues to sell cigarettes and other tobacco products, despite repeated pleas from public health officials to end the practice. (CVS stopped selling tobacco products in 2014).

“We’re a company that has a purpose, and that purpose is helping people on the path to better health,” said CVS Senior Vice President Chris Cox, who is working with the federal government on the vaccine distribution effort.

Rick Gates, Walgreens’ senior vice president for pharmacy, noted that vaccination clinics “are pretty core to what we do.”

The initiative has also been welcome by the long-term care industry, which complained for months that the federal government failed to get vital protective equipment to its facilities.

There is little dispute about the importance of the immunization effort. The pandemic has devastated long-term care facilities since the first major outbreak was recorded at a nursing home in Kirkland, Wash., in February.

More than 100,000 long-term care residents and staff have died, accounting for some 40% of the nation’s COVID-19 fatalities, according to a recent tally by the nonprofit Kaiser Family Foundation.

The vulnerability of these institutions prompted the Centers for Disease Control and Prevention to advise states to give first priority to nursing home residents and healthcare workers when vaccines become available.

Federal health officials said they selected CVS and Walgreens to lead the nursing home effort because of their vast network and experience serving long-term care facilities, many of which already work with the companies to get their residents annual flu vaccines.

“We solicited input and had discussions with many different potential partners, the vast majority of whom told us they simply could not deliver on these capabilities,” said Paul Mango, deputy chief of staff at the federal Department of Health and Human Services.

Under the CDC’s Pharmacy Partnership for Long-term Care, nursing homes and other long-term care facilities were invited in October to select one of the pharmacy chains to deliver and administer vaccine to their residents and staff.

More than 25,000 facilities selected CVS, according to the company. About 23,000 chose Walgreens, said Gates.

Federal health officials and company leaders anticipate that once the first vaccines win regulatory approval from the Food and Drug Administration, they will be shipped out within a day or two.

In many cases, the vaccines will likely go directly to distribution hubs set up by the pharmacies, which in turn will dispatch vaccination teams equipped with protective equipment to long-term facilities to begin immunizations.

The vaccines, which the federal government has purchased, will be administered at no cost to patients or to long-term care facilities. But CVS and Walgreens can bill for administering the shots.

The Medicare payment rate is $16.94 for the first shot and $28.39 for the second, according to the fee schedule from the federal Centers for Medicare and Medicaid Services. Both Pfizer and Moderna, whose COVID-19 vaccines are expected to win approval first, require two shots.

That means that CVS, which anticipates vaccinating more than 2 million long-term care residents, most of whom are likely covered by Medicare, stands to be paid at least $90 million.

Walgreens wouldn’t disclose how many people it expects to vaccinate.

Importantly, the companies will also have to report the vaccination data to local, state and federal public health officials, a key component of any vaccination initiative.

With Pfizer’s vaccine scheduled to be reviewed by an FDA panel next Thursday, the first shipments of vaccine could be headed out by next weekend, according to federal health officials. Moderna’s vaccine is scheduled for review the following week.

Dr. Moncef Slaoui, the chief science advisor to Operation Warp Speed, told reporters this week that means there should be ample vaccine to reach all 3 million residents of long-term care facilities by the end of the year.