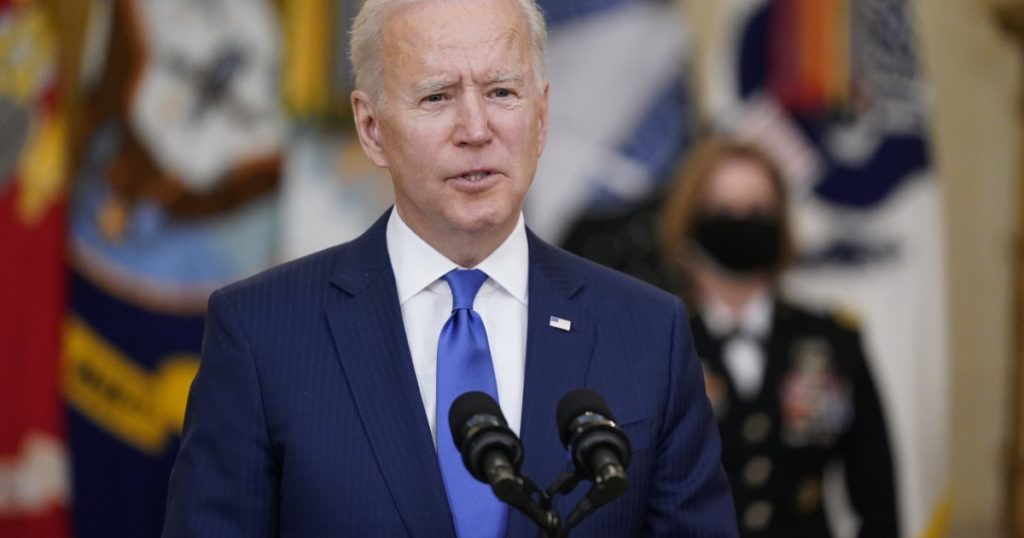 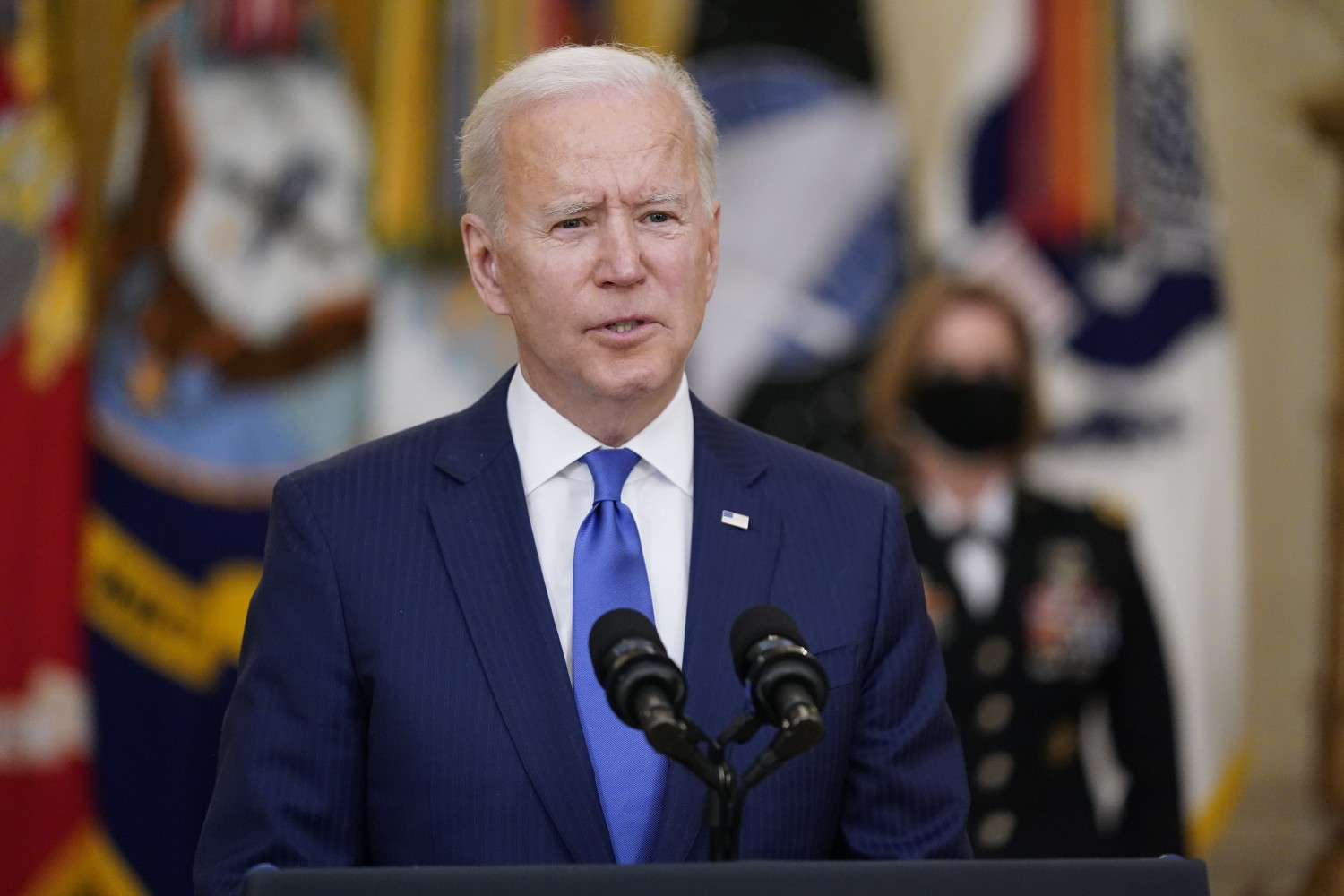 Republicans call the massive COVID-19 relief package making its way through Congress a “liberal wish list.” Increasingly, Democratic lawmakers and the Biden administration have decided to own that.

One measure of the bill’s sweep is a host of provisions Democrats have long sought — on topics including health insurance premiums, child care and pensions — that would amount to major pieces of legislation on their own. As part of the nearly $1.9-trillion package, however, they’ve gotten little public attention, overshadowed by debate over who would receive $1,400 direct-relief checks and whether the bill would increase the minimum wage.

For weeks as the bill moved through Congress, officials emphasized President Biden’s openness to bipartisan negotiations. Now, with the congressional journey almost finished — the House is expected to vote on final passage as early as Wednesday — the White House tone has shifted. Officials are more willing to crow about Democratic goals achieved.

The relief package is “one of the most consequential and most progressive pieces of legislation in American history,” White House Press Secretary Jen Psaki said Monday.

Republicans hope the size and sprawling nature of the measure will, over time, boomerang on Democrats. The GOP has been nearly unanimous in criticizing it.

Sen. Mitt Romney (R-Utah), for example, has broken with his party on some issues — one of a handful of Republican senators to do so. But on the COVID bill, he has stuck to the party line, calling the measure “massively excessive.”

House Republican Leader Kevin McCarthy, of Bakersfield, denounced the bill in a floor speech as “the single most expensive spending bill ever.”

“Almost every one of this bill’s 592 pages includes a liberal pipedream that predates the pandemic,” McCarthy said.

Democrats, however, see little downside in delivering on long-promised goals. The bill aims squarely at the middle- and lower-income Americans Biden promised in his campaign that he would help, they note. And although many of the goals predate the pandemic, the emergency has made the problems more pressing, they argue.

The fact that even many of the less-debated provisions in the bill are consequential bolsters their case, Democrats say.

“When lesser-talked-about provisions still have the power to make major, material differences in the lives of those who are struggling at the hands of this pandemic or those who have started from steps behind, that’s when you know you are on the right path,” Rep. Richard E. Neal (D-Mass.), chair of the House Ways and Means Committee, said in a statement.

The bill provides a sharp contrast to the main economic bill passed during the Trump years — the 2017 tax cut.

Both measures had similar price tags. But the Republican bill showered nearly half its benefits on households in the top 5% of incomes — those making about $308,000 or more in 2017. Backers said that approach would spur economic growth. The economy had a growth spurt in 2018, but by 2019, growth returned to roughly the same level as before the tax bill passed.

The Democratic bill, by contrast, would send about 70% of its benefits to those earning $91,000 or less — the bottom three-fifths of the nation’s income distribution, according to a new analysis by the Tax Policy Center, a nonpartisan Washington think tank. Benefits for families make up about half the cost of the legislation.

For those in the lowest fifth — with earnings of less than $25,000 — the legislation would increase take-home income by 20%, the analysis shows.

The direct-relief checks provide a big part of that flow of money.

Another major source is the bill’s expansion of federal aid to families with children, a measure that would cut child poverty nearly in half. Backers in Congress have doggedly pursued that goal for nearly two decades.

The measure, which would last for one year, would cost roughly $110 billion, according to the Congressional Budget Office. Biden said last week that he favored Democratic efforts to make the changes permanent, which they’re expected to push later this year.

Another provision would expand the number of middle-class Americans who can get help with the cost of health insurance under the Affordable Care Act — the first expansion of the 2010 healthcare law after years of Republican-led repeal efforts.

The expansion “checks a big item off the Democrats’ agenda for reinvigorating the Affordable Care Act,” said Larry Levitt, vice president for health policy at the Kaiser Family Foundation. “It’s not the sum total of President Biden’s healthcare agenda, but it’s a significant down payment.”

Currently, the law provides help to people to pay for premiums when they purchase insurance on the Obamacare marketplaces. But in order to hold down the cost of the law, it was written so that those subsidies went only to consumers with incomes of up to four times the federal poverty level, or about $51,000. Those earning more than that have to pay the full cost of their premiums, except in a few states, including California, that partially offset those costs.

The new law would end that sharp cutoff. Consumers could get help if premiums cost more than 8.5% of their incomes. According to a Kaiser Foundation analysis, most of the benefit would go to consumers with incomes between $51,000 and $100,000, especially people in their 50s and 60s, who tend to have higher insurance costs.

For many, the savings could amount to hundreds of dollars a month.

The provision, which would cover the next two years, would cost about $34 billion, the budget office estimates. As with the child tax credit, the administration and congressional Democrats probably will try to make it permanent.

Still another part of the law would pump $24 billion into a fund to stabilize the child-care industry, which lost some 200,000 jobs during the course of the last year, according to a recent report from researchers at UC Berkeley.

“This is a sector that struggled” even before COVID, said Lea Austin of Berkeley’s Center for the Study of Child Care Employment, “but it’s been devastated by the pandemic.”

Child-care centers have struggled with higher costs for cleaning supplies and protective gear, she said, even as the pandemic has caused many parents to lose their jobs and be unable to pay for care. In California, one in five child-care providers reported in July that they had missed at least one mortgage payment, Austin said.

Biden’s bill would provide $24 billion to keep child-care facilities afloat, including money to help pay workers who, nationwide, earn an average of less than $12 per hour. The bill would also expand the existing tax credit that families can use to offset the cost of care for a child or dependent, raising the amount of the credit and making it available to more people.

“It’s going to plug a hole that’s really been gushing over the last year,” Austin said.

The legislation would also break a decade-long logjam in Congress over the fate of pension plans that cover more than 1 million union workers, retirees and their surviving spouses, including hundreds of thousands of drivers represented by the Teamsters, but also miners, grocery workers, hotel employees and musicians covered by pension plans that were battered by the Great Recession and changes in their industries.

The change involves what are called multi-employer pension funds, set up decades ago in trucking, coal mining and other unionized industries. As employment declined and many unionized companies went out of business, those pension plans started heading for insolvency. Currently, the federal Pension Benefit Guaranty Corp., which provides a partial backstop for pensions, lists about 300 plans as being in critical condition.

The new law would provide grants to shore up the pension plans, enough to pay expected benefits for the next 30 years, said John Murphy, vice president at-large of the Teamsters. The Congressional Budget Office estimates the cost at $86 billion.

Democrats have pushed for nearly a decade for a federal rescue, but the effort repeatedly stalled as Republicans attacked what they referred to as a taxpayer bailout of unions with generous pensions.

“The world changed” when Democrats won the presidential election and then a razor-thin majority of the Senate, Murphy said. “This is a giant, huge, enormous step toward resolving this problem.”