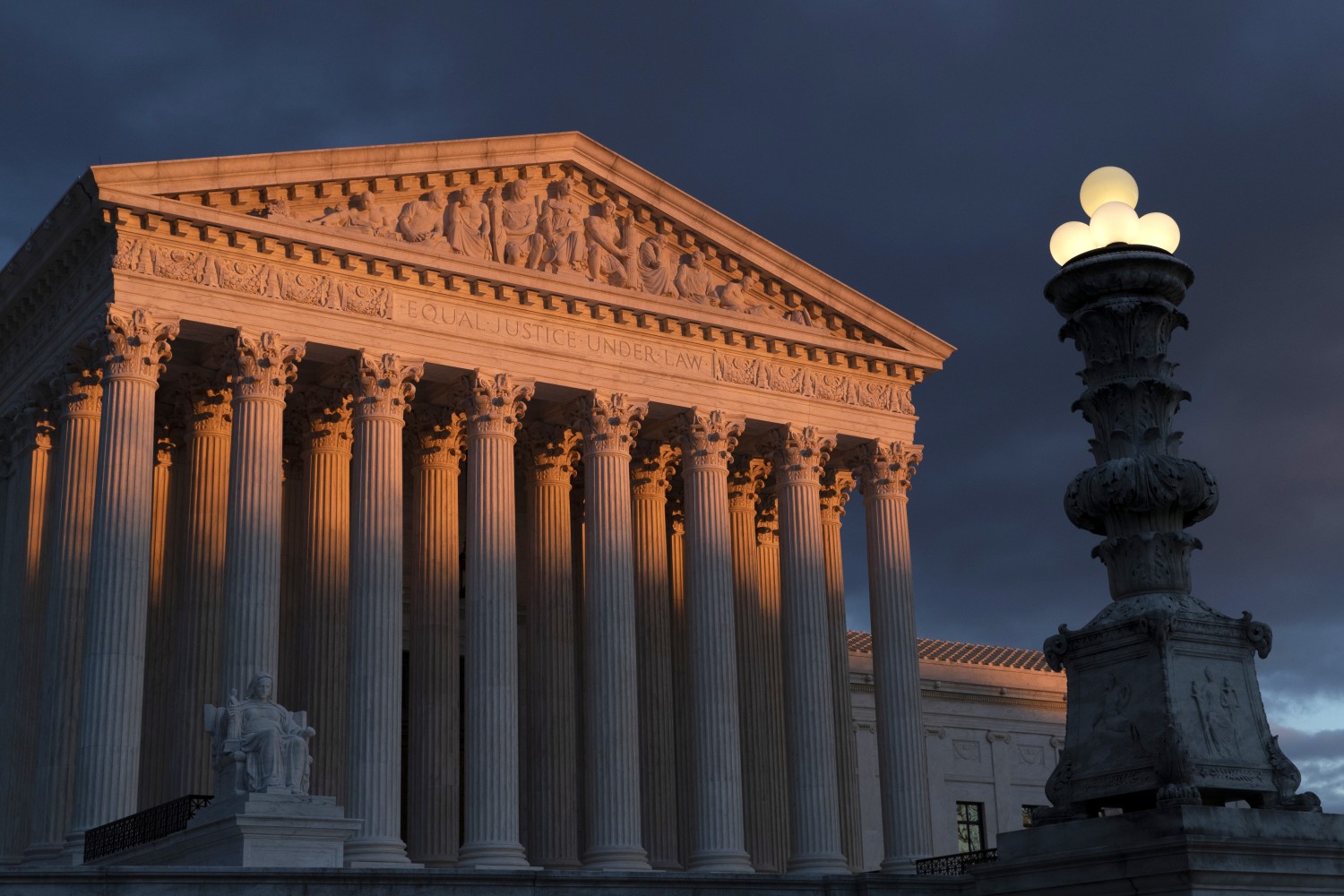 The justices in a 6-3 decision granted an appeal from a south San Diego church that has repeatedly challenged the state restrictions on church services, including its ban on singing and chanting. The ruling overturned decisions by federal judges in San Diego and San Bernardino, and the 9th Circuit Court in San Francisco, which upheld the state’s orders despite earlier warnings from the high court.

But the majority said the state may limit attendance at indoor services to 25% of the building’s capacity, and singing and chanting may be restricted as well.

California has enforced “the most extreme restriction on worship in the country,” the court was told by Becket Fund for Religious Liberty. While several states set limits on attendance at church services, the group said, California is “the only state to ban indoor worship” in all but the thinly populated counties.

The justices in the majority differed among themselves, but they agreed California had singled out churches for unfair treatment.

“California worries that worship brings people together for too much time. Yet, California does not limit its citizens to running in and out of other establishments; no one is barred from lingering in shopping malls, salons, or bus terminals,” wrote Justice Neil M. Gorsuch in one of three concurring opinions.

The state’s ban on indoor services was challenged in separate lawsuits by the South Bay United Pentecostal Church in the San Diego suburb of Chula Vista and the Harvest Rock Church in Pasadena, and Friday’s order applies directly to them. But its legal logic would block enforcement of a similar ban at other churches.

“Justices of this court are not scientists. Nor do we know much about public health policy. Yet today the court displaces the judgments of experts about how to respond to a raging pandemic,” Kagan wrote. “The court orders California to weaken its restrictions on public gatherings by making a special exception for worship services.”

Two months ago, the justices put Newsom and the 9th Circuit on notice that the state’s ban on indoor worship services may have gone too far.

On the eve of the Thanksgiving holiday, the high court struck down part of New York Gov. Andrew Cuomo’s COVID-19 rules, which limited gatherings at houses of worship to 25 persons in a few neighborhoods in Brooklyn and Queens where the virus was spreading rapidly. The state’s rules “single out houses of worship for especially harsh treatment” compared to retail stores, the court said in Roman Catholic Diocese vs. Cuomo.

Eight days later, the justices granted an appeal from the California churches and told federal judges to reconsider their decisions that had upheld Newsom’s ban on indoor church services in all of the state’s heavily populated counties. The justices “vacated” or set aside those decisions based on their ruling in the New York case.

But two district judges and the 9th Circuit Court upheld the state’s restrictions again in late January. They said California was facing a steep rise in COVID-19 cases, and they agreed with the state that worshipers at indoor church services posed “an exceptionally high risk” of spreading the virus because people were gathered together for an hour or more.

By contrast, “patrons typically have the intention of getting in and out of grocery and retail stores as quickly as possible,” the 9th Circuit said.

Lawyers for the churches urged the Supreme Court to grant an emergency appeal and lift the state’s restrictions on worship services. They cited a dissent from one of the 9th Circuit’s senior conservatives.

“A simple, straightforward application of these controlling cases compels what should be the obvious result here: California’s uniquely severe restrictions against religious worship services — including its total ban against indoor worship in nearly the entire state — are patently unconstitutional and should be enjoined,” wrote Judge Diarmuid O’Scannlain in Harvest Rock Church vs. Newsom.

“California is the only state in the country that imposes such a ban,” he said, “Yet, in exactly the same locales where indoor worship is prohibited, California still allows a vast array of secular facilities to open indoors, including (to name only a few): retail stores, shopping malls, factories, food-processing plants, warehouses, transportation facilities, childcare centers, colleges, libraries, professional sports facilities, and movie studios.”

The two sides in the case differed on the current situation in Los Angeles County. Lawyers for the churches told the court that in late December, Los Angeles County said it would not enforce the restrictions on church services, citing court rulings. But the state’s lawyers said the county did not have the authority to waive the state’s rules.