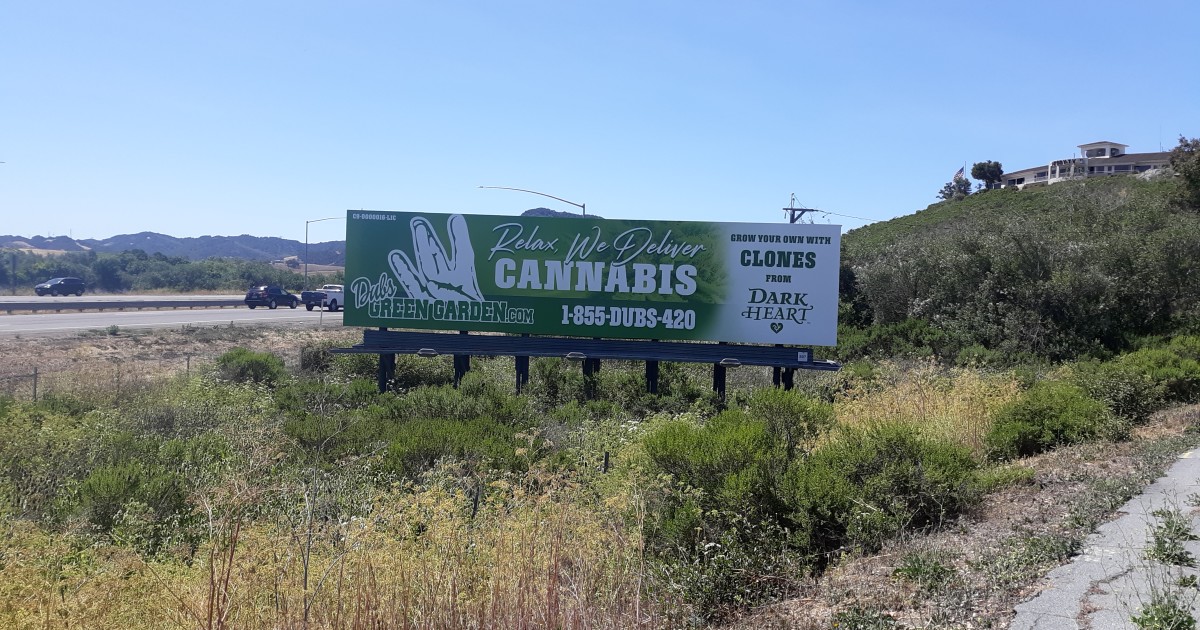 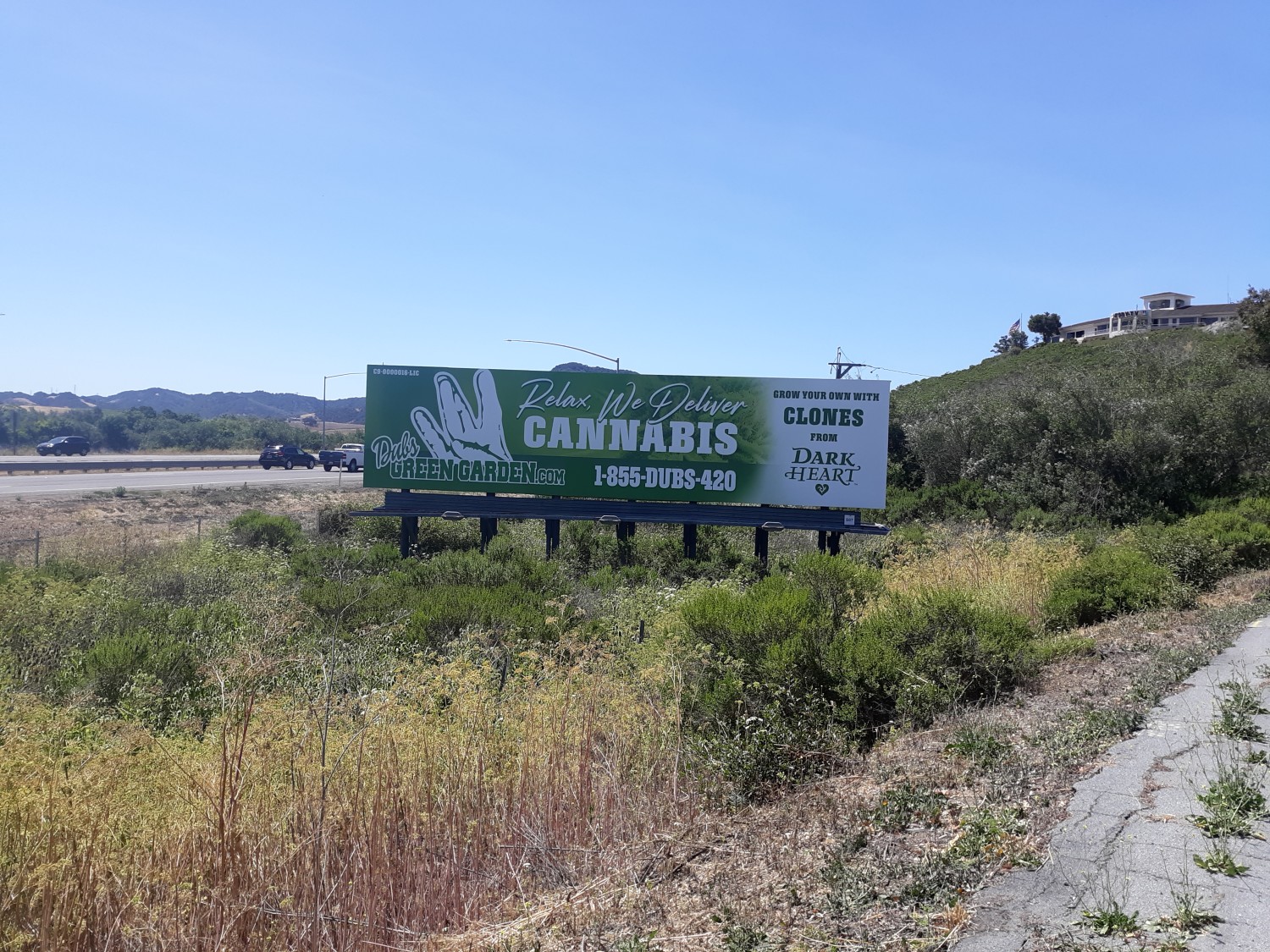 State officials improperly allowed hundreds of billboards advertising cannabis products along California highways even though the billboards were banned under the 2016 initiative that legalized the sale of pot for recreational use, a judge ruled last week.

The bureau and its director, Lori Ajax, “exceeded their authority in promulgating the advertisement placement regulation,” Garrett wrote in her decision.

The lawsuit was filed by Matthew Farmer, a San Luis Obispo construction contractor who is father to a 15-year-old daughter and 12-year-old son. One of his two attorneys, Stewart Jenkins, said Farmer voted for Proposition 64 in 2016 because he did not think adults should go to jail for smoking pot, but was concerned when cannabis ads began appearing along the 101 Freeway traveled by his family.

The ruling prohibits billboards along 4,315 miles of interstate highways, including I-5 and I-80, and state highways that cross state borders, said Saro Rizzo, another of Farmer’s attorneys.

A spokesman for the state bureau said Monday that officials had not decided yet whether to appeal the court decision.

“We are still reviewing the ruling, and it remains to be seen what the next steps will be,” said Alex Traverso, spokesman for the state Bureau of Cannabis Control.

The ruling was issued on the same day that Ajax announced she was retiring as head of the bureau, effective Dec. 2, after nearly five years setting up the state licensing system for cannabis. Ajax did not provide a reason for her retirement.

Cannabis industry representatives were not immediately available for comment on the court ruling.

In interpreting Proposition 64, the bureau adopted a regulation barring cannabis billboards from being located within a 15-mile radius of the state border on an interstate highway or on a state highway that crosses the California border.

“The bureau determined that a 15-mile radius was a necessary and appropriate distance from the California border because it satisfies the intent of [the statute], while assuring that bureau licensees have an opportunity to advertise and market along Interstate and State Highways if they satisfy the identified radius limitations,” state officials said in court papers.

Rizzo said the ban on highway billboard advertising was placed in Proposition 64 to make it palatable to voters after previous legalization efforts failed, and was based on the work of a blue-ribbon committee appointed by Gov. Gavin Newsom when he served as lieutenant governor.

The judge ruled that Proposition 64, because it was approved by voters, could not be amended by the state bureau through adopting a regulation.

Rizzo said the ruling was “a victory for all Californians over the desires of unelected Sacramento bureaucrats who illegally tried to put corporate profits ahead of children’s health.”

Newsom’s office did not immediately respond to a request for comment on the court order. Opponents of cannabis legalization hailed the court ruling as protecting the wishes of voters.

“This ruling, which is the result of a lawsuit brought by a brave parent of two, is a tremendous victory for public health,” said Kevin Sabet, president and co-founder of Smart Approaches to Marijuana and an opponent of Proposition 64.