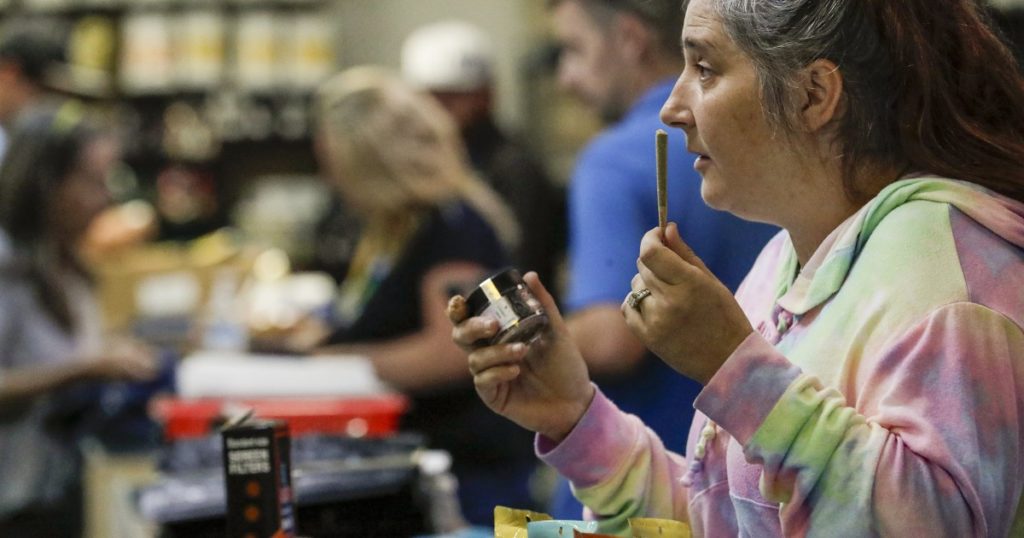 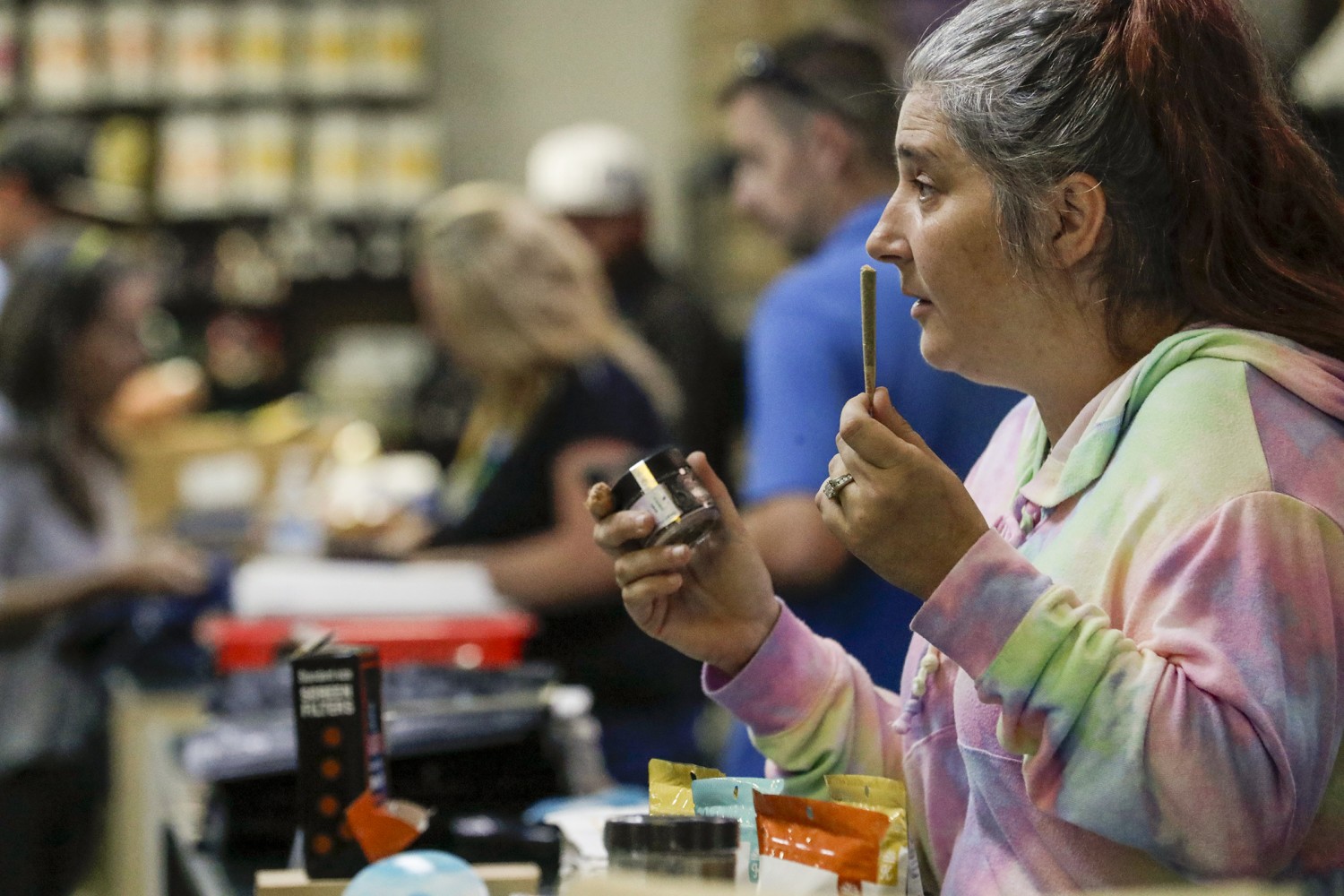 In a win for California’s struggling cannabis industry, a Fresno judge has dismissed a lawsuit by 24 cities seeking to invalidate state regulations allowing delivery of cannabis to homes in communities that have outlawed sales in shops.

Fresno County Superior Court Judge Rosemary McGuire said in a ruling made public Wednesday that she agreed with attorneys for the state Bureau of Cannabis Control that the state regulation does not prevent cities from enforcing local ordinances restricting home delivery.

“On the basis of that conclusion, the court finds that this matter is not ripe for adjudication, and dismisses the action as to all plaintiffs,” McGuire wrote in the ruling signed on Tuesday.

Steve Churchwell, an attorney for the cities, said Thursday that a decision had not yet been made on whether to appeal. Although the cities’ lawsuit was dismissed, Churchwell said local governments still benefited from the case, because it resulted in the bureau acknowledging that cities and counties do have the ability to regulate deliveries of cannabis from outside their borders.

Santa Cruz County and 24 cities including Agoura Hills, Beverly Hills, Covina and Riverside had filed the lawsuit asking the judge to invalidate the state regulation that allows delivery in all cities, including those that ban pot shops. The cities argued the regulation undermined their local planning powers.

The lawsuit by the cities also said the state regulation allowing delivery everywhere in the state violates a promise of Proposition 64, the 2016 initiative that legalized the sale of cannabis for recreational use. The cities say that ballot measure promised that local governments would have veto power over the sale of cannabis in their jurisdictions.

The challenged regulation adopted by the state Bureau of Cannabis Control “directly conflicts with local autonomy,” J. Scott Miller, an attorney for the cities, told the judge during a court hearing on Monday.

He noted that the state regulations affect cities, including Agoura Hills, that prohibit all cannabis deliveries.

In defense of the bureau, the state attorney general’s office said that the regulation allowing state-licensed cannabis firms to deliver throughout California is legal.

Deputy Atty. Gen. Ethan Turner told the judge that cities can still require firms that deliver in their jurisdiction to get a business license from the city and obey local ordinances.

But attorneys for the cities said the law needs to be clarified by the courts because any city that tries to ban deliveries by companies they have not licensed will be sued.

In approving home delivery in all cities, Bureau of Cannabis Control chief Lori Ajax cited a provision of a law approved by the Legislature that says “a local jurisdiction shall not prevent delivery of cannabis or cannabis products on public roads” by a state licensee.

But Churchwell argued that delivery vans using public roads can’t stop and have a person walk up to the front door of a home to provide cannabis to a purchaser.

“We agreed with the [state] Legislative Analyst that it allowed delivery through the jurisdiction and not a delivery to a physical address, which this regulation allows,” Churchwell told the judge.

The case was closely watched by California’s licensed cannabis retailers, who say they have not made the inroads they expected when the initiative was approved in 2016.

After voters approved Proposition 64, state officials estimated there would be as many as 6,000 cannabis shops licensed in the first few years, but there are currently 707 stores and 310 delivery companies with licenses.

Some 80% of California’s 482 cities do not permit retail sale of cannabis for recreational use, which combined with high state taxes and strict regulations has blunted the growth of the legal market.

In the Nov. 3 election, voters in 19 cities authorized retail cannabis sales or established a retail tax frameworks to allow their city councils to pass a cannabis ordinance, according to Hirsh Jain, director of government affairs for Caliva, which operates indoor cultivation and manufacturing facilities in California.

Gov. Gavin Newsom was a leading proponent of Proposition 64 and has made the success of the legal cannabis market a priority. Earlier this year he reduced projections for marijuana tax revenue, citing the COVID-19 pandemic, which has resulted in social-distancing rules affecting indoor sales, requiring many stores to shift largely to curbside pickup in recent months.

Representatives of the industry said there are positive signs for sales during the pandemic, but noted that legal sellers have still been struggling, and attempts to pass legislation to get more cities to legalize pot shops have failed.

Scott Chipman, vice president of Americans Against Legalizing Marijuana, said the state should not allow the delivery firms it licenses to go into cities where they are not welcome.

“Voters were promised and expected local control and they should have it, especially on deliveries from outside their cities,” Chipman said. “If the state wants to take away local control they need to have the voters vote again.”

The current lawsuit was delayed for months after the state argued that the cities did not have standing to sue because the state law affected cannabis businesses, not local government, many of which have not yet regulated sales.

Miller, the attorney for the local governments, disagreed, stating in an Oct. 28 brief that, “This invasion of local governments’ lawmaking authority is the cognizable injury and suffices to establish standing and a ripe controversy.”