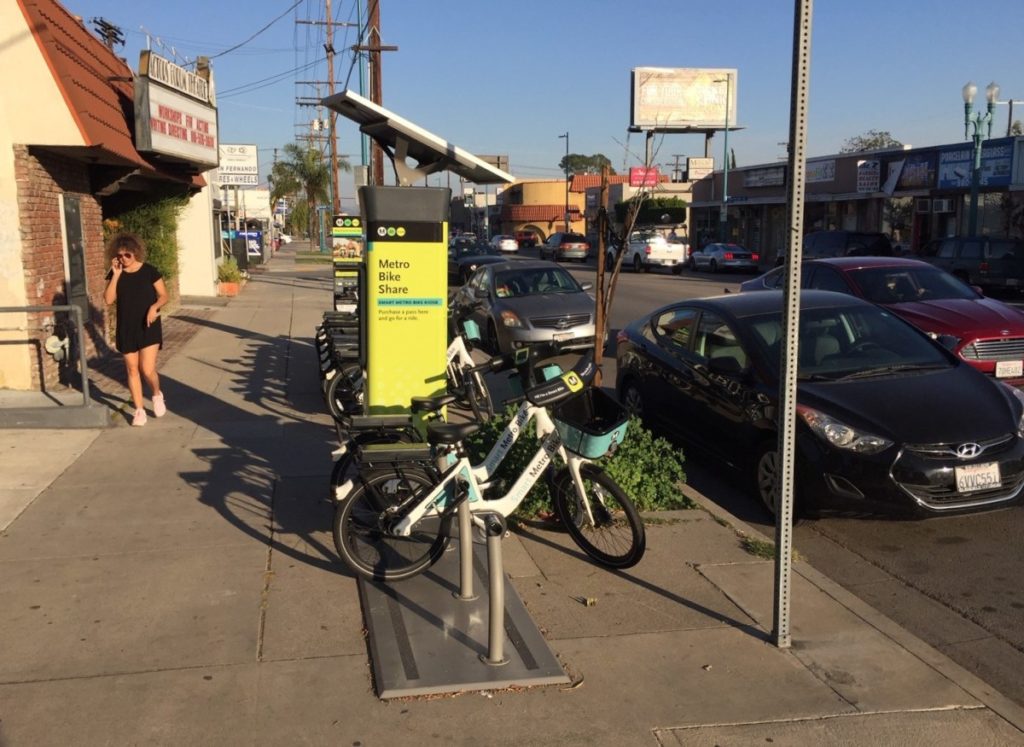 As of last February, the city was planning to spend $10 million – mostly Metro grant funding – to widen a half mile of Magnolia to conform to an outdated 1999 roadway standard. That designated road width standard had been revised in 2015 to make the project unnecessary, but the city’s plans were moving ahead because some of the funding had been approved before the 2015 revision. The project was repeatedly opposed by the NoHo Neighborhood Council. Locals were critical of the project’s sidewalk narrowing, tree removal, construction noise, and adding more car traffic to a walkable neighborhood.

Kudos to councilmember Krekorian for listening and for re-negotating the project to better serve today’s North Hollywood.

Long before [the] Councilmember joined the Council, the City and Metro planned to use federal funding for a project to widen the north side of Magnolia Boulevard between Vineland Avenue and Cahuenga Boulevard. The project would have added a traffic lane and reduced the width of the sidewalk in order to increase motor vehicle capacity. The project has been widely unpopular in the community, largely because it would be inconsistent with the goals of making NoHo more walkable and safer for all road users.

For nearly three years, Councilmember Krekorian has worked closely with the community, the Bureau of Engineering (BOE), and the Department of Transportation (LADOT) to reimagine this project in a way that would better serve the needs of the community and promote traffic safety. After extensive community outreach and countless hours of work with BOE and LADOT, Councilmember Krekorian has ensured that the City will not be widening the street or adding a traffic lane.

Instead, upon Councilmember Krekorian’s direction, the City has reshaped and rescoped the project consistent with community interests. Under the new project plan, the City will improve the existing sidewalks, add 13 new catch basins to help control flooding, add two new pedestrian crosswalks with Hybrid Flashing Beacons (at Cartwright Avenue and at Satsuma Avenue), add a protected Left Turn pocket on Vineland and Magnolia Blvd., add 13 curb extensions and other improvements the new direction for the project will promote pedestrian safety, improve the environment, increase accessibility and at the same time make conditions better for vehicular traffic.

The Metro Board of Directors (on which Councilmember Krekorian sits) has already approved the latest version of the project.

BOE and LADOT will be presenting the completely transformed project to the NoHo Neighborhood Council at its general board meeting on Monday, Nov. 30th. The meeting will begin at 7:00 p.m. For more information about the new project proposal, visit https://eng.lacity.org/magnolia.

Today’s announcement is a win for our community. We would like to thank those who heard our voices. The importance of this project lies in creating the future of this community and that is obviously on the mind of our Councilman, Paul Krekorian.

The NoHo Neighborhood Council was opposed to the project as it was originally presented.

We live, work, and play within one of the fastest growing communities in the city of Los Angeles. Besides the reduction of flooding and added crosswalks, we are in desperate need of the widening of all sidewalks to create a safe place for pedestrians alongside safer pathways for alternate forms of transportation.

Our board members are looking very much forward to the updated details at our monthly board meeting on November 30th.