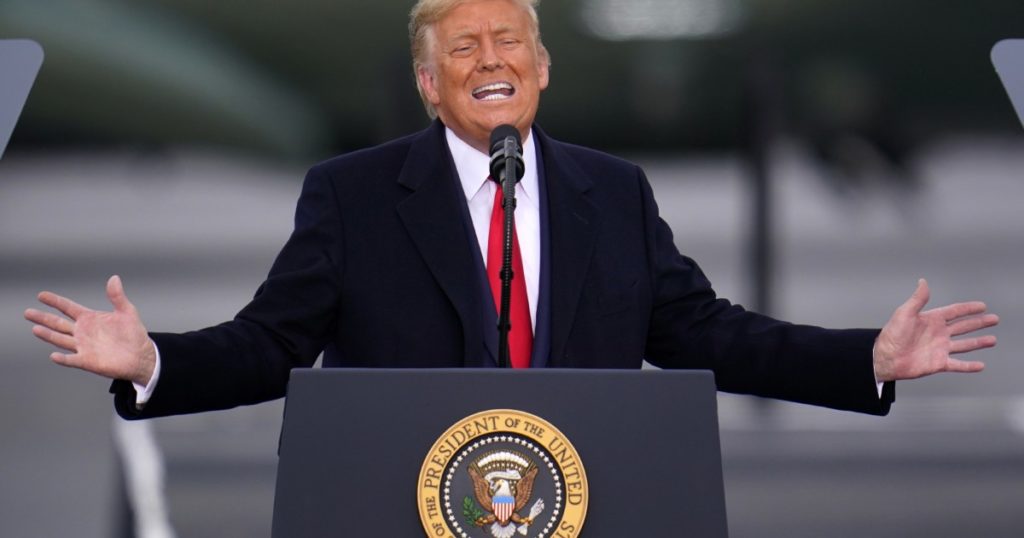 Joe Biden’s victory over Donald Trump was, oddly, both robust and slim.

Robust because Biden defeated Trump by more than 7 million votes, about 4.5% of the record-setting 158 million cast — no landslide, but hardly a squeaker.

Slim because of the quirks of the electoral college. There, Biden won by just a little more than 43,000 votes — the combined margins in Arizona, Georgia and Wisconsin, his three closest states. Flip just those three to red, and the electoral college would have landed in a 269-269 tie, sending the contest to the House of Representatives, a likely Trump victory and a true constitutional crisis.

With so much riding on so small a total, one can’t help but wonder: What could Trump have done — what, that is, other than his tragicomic efforts to subvert the election after the fact — to produce a different outcome?

That question leads directly to March 18.

That day, the number of confirmed coronavirus cases nationwide passed 8,000 and deaths hit 143, mostly in New York. The numbers, so small now in retrospect, seemed so deeply troubling at the time that they sent the stock market into a downspin in which the S&P index dropped 5%.

Trump started the day in a telephone call with airline executives who wanted help for an industry hit hard by travel restrictions. Later, he held a teleconference with business leaders.

Outside on the White House driveway, his counselor, Kellyanne Conway, defended Trump’s use of the term “China virus” to refer to the pandemic.

Inside, a far more consequential debate had been taking place.

For weeks, since he first learned of the virus, Trump had been downplaying its severity. But lately, aides had been showing him estimates of what might happen if the government failed to act to slow the spread of the disease — frightening projections of potentially millions of deaths.

Those charts, plus the sudden stock market plunge, spurred the president to a sudden shift.

Around noon, Trump stepped to the lectern in the White House briefing room. He said he would invoke the Defense Production Act to spur production of protective gear and that he was sending hospital ships to Los Angeles and New York. He and Canadian Prime Minister Justin Trudeau had spoken and agreed to close the border to slow spread of the virus, he announced.

What prompted headlines, however, was Trump’s declaration that he saw himself as a “wartime president” who was asking the country to make sacrifices for the common good.

“Every generation of Americans has been called to make shared sacrifices for the good of the nation,” he said. “Now it’s our time.”

“We must sacrifice together because we are all in this together, and we will come through together. It’s the invisible enemy.”

So incongruous do those words sound in light of all that Trump has said and done since that they seem to have come from a different president. Even then, they ran up against the instincts of a man who had spent his life as a promoter and marketer.

The next day, sitting down for an interview with Bob Woodward that only became public months later, Trump admitted his inclination to minimize the seriousness of the disease.

“I wanted to always play it down,” Trump told Woodward. While he had invoked “wartime” rhetoric the day before, he told Woodward that “I still like playing it down, because I don’t want to create a panic.”

Trump’s brief flirtation with taking the pandemic seriously ran against his political instincts, too.

Throughout his presidency, Trump never willingly strayed from the desires of his core supporters, “my base,” as he lovingly called them.

Less than a year after he took office, in September 2017, Trump almost negotiated a deal with then-House Minority Leader Nancy Pelosi (D-San Francisco) and Senate Minority Leader Charles Schumer (D-N.Y.) that would have given him money for his border wall in return for a legislative solution to the status of so-called Dreamers — young people who entered the country illegally as children.

After brief thunder on the right, Trump panicked and called the deal off.

A little over a year later, another panic over conservative opposition led to another aborted deal and a 35-day shutdown of government agencies, the longest in history.

On the virus, Trump’s rhetoric of “shared sacrifices” ran up against protests by his followers, who objected to restrictions imposed by state governors. The reversal didn’t take long.

The “wartime president” announcement had come on a Wednesday. By Sunday, Trump was already tweeting, in all caps, that “ WE CANNOT LET THE CURE BE WORSE THAN THE PROBLEM ITSELF.”

A few days later, he was comparing the coronavirus to the seasonal flu and saying he wanted the country “opened up” in time for churches to be full on Easter.

From there, Trump never really looked back. By the fall, as the campaign hit its peak, he was preaching full-blown COVID denial, denouncing the news media for talking so much about the illness.

Even the president’s own COVID-19 illness, which he announced via Twitter on Oct. 1 and which required his hospitalization at Walter Reed National Military Medical Center for three days, did not bring him to acknowledge the disease’s severity.

But for one brief period — no more than a week — Trump tested out a different tack. Might the election have turned out differently if the “wartime president” had stuck?

Such questions are inherently unanswerable. Perhaps Trump was right that his conservative base would have turned against him had he responded more aggressively. Perhaps by 2020, opinions of Trump were so deeply set that nothing would have changed them.

“People were scared. I think if he had been publicly empathetic he would’ve won,” he said in a recent interview on Fox News as he promoted his new book.

“By a landslide,” he said. “I think he could’ve leaned into it instead of run away from it.”