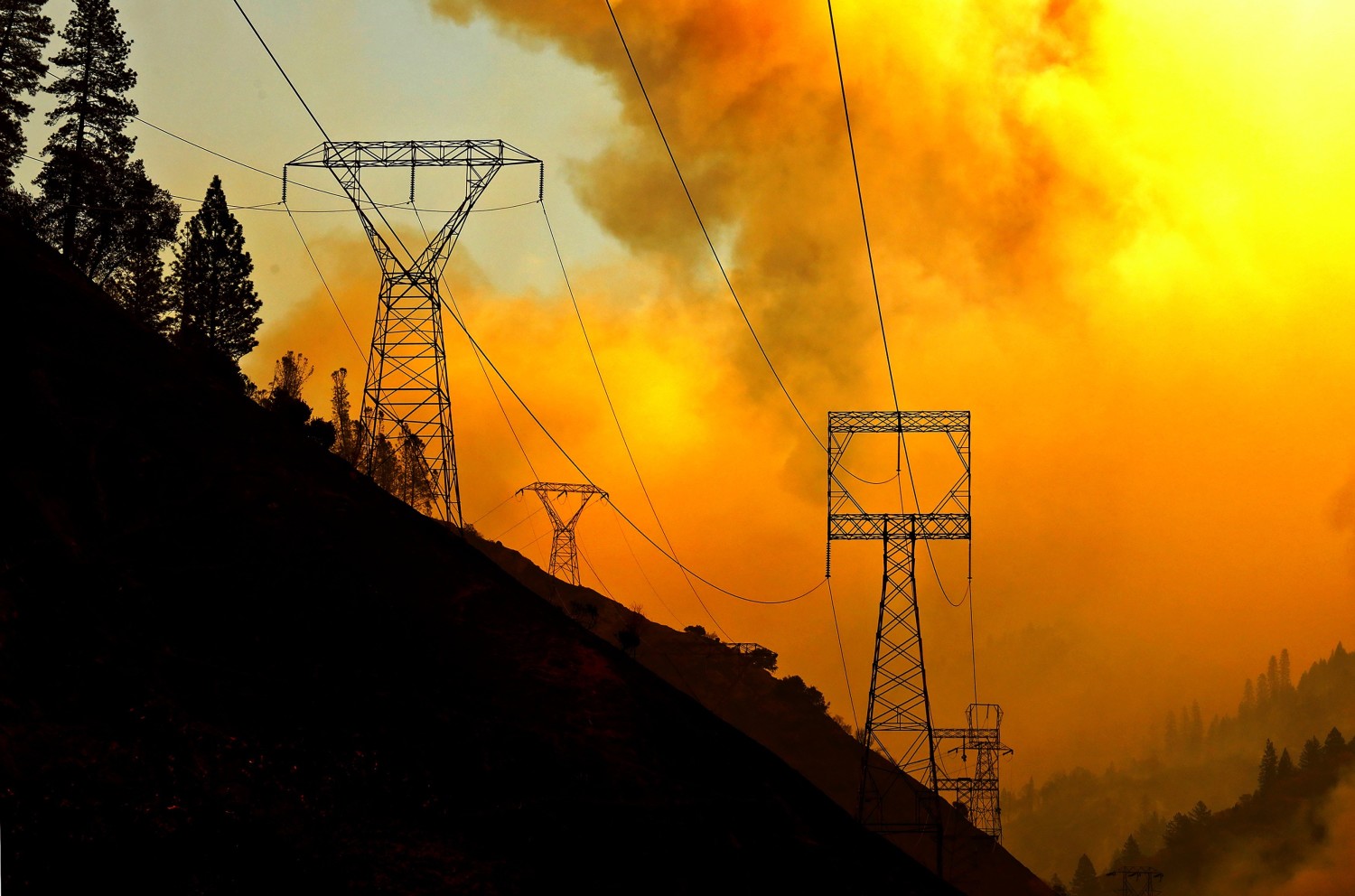 California clean tech innovator Bloom Energy, with its noncombustion, low-emission fuel cells, is hardly taking the same approach to powering the planet as oil giant Chevron, but one thing the companies have in common are slick promotional campaigns defining them as environmental pioneers.

That public relations savvy, though, has lately become a liability for both firms.

As they grapple with accusations of exaggerating their place in the green economy, many other businesses are taking notice. A push by the Biden administration and the state of California could soon force all public companies to be far more forthright about their preparedness — or lack thereof — for the disruptions created by climate change and about the size of their carbon footprint.

Unlocking the black box of corporate secrecy is a central pillar of federal and state plans for confronting warming, which are increasingly focused on requiring a wide range of businesses, including financial firms, food suppliers and tech giants, to be painstakingly — perhaps uncomfortably — specific with investors and the public. Even secret contributions to advocacy and political groups could soon be forced into the daylight.

“Companies can’t say they have all these policies to reach goals and not pursue them,” said Hana V. Vizcarra, a staff attorney at the Harvard Law School Environmental and Energy Law Program. “Regulators are really interested in this.”

A frenzy of activity aimed at forcing corporate climate transparency is underway at the White House, in the California Capitol in Sacramento, and across federal financial regulatory agencies. The results could be transformative, potentially mandating that companies go beyond just revealing the emissions their products create to probing their supply chains, the pollution created when their products are discarded and possibly even the carbon footprint created by day-to-day business activities such as employee travel.

The claims against Chevron and Bloom — made independent of the regulatory push — signal the kinds of pressure many more firms may soon face as transparency efforts gain momentum.

Chevron’s marketing campaigns portraying the firm as a leader in clean energy and environmental justice moved the groups Greenpeace, Earthworks and Global Witness to allege the messaging is wildly out of step with the company’s actual record, violating federal rules against “greenwashing.”

Testing the Biden administration’s resolve to demand companies step up their transparency around climate, the groups this month filed a novel complaint with the Federal Trade Commission. The oil company calls the filing frivolous, saying in a statement that it is working determinedly to “reduce the carbon intensity of our operations and assets” and “increase the use of renewables and offsets.”

Bloom also finds itself in an awkward place. A chancery judge in Delaware ordered Bloom to open some of the company’s books to an investor suspicious that the firm exaggerates how green its fuel cell technology actually is. Bloom has argued that the investor’s charges, driven by a research report from a group of short-sellers, are inaccurate and misleading. But the court was persuaded by the plaintiff’s argument that if the allegations are true, Bloom could be at risk of losing green tech subsidies crucial to the firm’s financial health.

The pressures parallel a much broader push inside the Securities and Exchange Commission — and in the governor’s office and Legislature in California — to require thousands more companies to disclose a trove of data that reveals their financial vulnerabilities to climate change and the extent to which they are contributing to it.

The disclosures would force companies to dive deep into the ways their operations are vulnerable to risks such as extreme temperatures, flooding and wildfires. And companies would need to demonstrate how they plan to keep up with the big shifts in the economy that climate change is causing, such as the electrification of cars and trucks.

“We don’t want to have an extra page or two added to the 10-K [corporate financial report] loaded with greenwash and banal statements,” Rep. Brad Sherman (D-Northridge) said during a recent hearing of the investor protection panel he heads for the House Financial Services Committee. “We need to define and hopefully have numerical standards, measure, tabulate. We want to change the behavior of corporations.”

The California effort, focused on companies that do business with the state, was motivated by the declaration of bankruptcy by Pacific Gas & Electric just days after Gavin Newsom was sworn in as governor in 2019. The electricity giant’s failure to upgrade its equipment to withstand extreme weather led to the wildfires that wiped out communities and killed dozens. The PG&E financial collapse was dubbed the nation’s first “climate bankruptcy.”

The company had not revealed its massive vulnerabilities in public disclosures.

“It really hit home for us then how these climate risks for the companies the state is doing business with are a big fiscal issue,” said Kate Gordon, director of the governor’s Office of Planning and Research. She said the state is working closely with the Biden administration on assessing what companies should be pushed to reveal climate data.

Though disclosure rules imposed by the Newsom administration would only apply to state contractors, they could become a template for the SEC to use for all public corporations.

“California can play a leadership role in laying down a marker,” said former state Insurance Commissioner Dave Jones, who sits on the state advisory panel examining the issue.

Some of the country’s most influential corporations are embracing the push. The current patchwork of largely voluntary guidelines offers little clarity on how much disclosure of climate vulnerability and action is enough. Many companies are looking for a level playing field that does not put them at risk of sharing sensitive data that competitors keep secret.

The San Francisco-based cloud computing giant Salesforce enlisted in the push as President Biden launched his global climate summit last week. “We are in a climate emergency,” Salesforce said in a statement endorsing the SEC’s transparency campaign. “There must be a globally recognized and formally governed reporting standard.”

Yet others are more reluctant, anticipating that the inside information forced out in the open by new rules will give climate activists new leverage as they target companies with charges of greenwashing and securities fraud.

Republican politicians are mobilizing to block the Biden administration’s effort. Lawmakers clashed over the issue at the recent confirmation hearing of the new SEC chairman, Gary Gensler, a proponent of pushing companies to disclose their climate risks.

Republican Sen. Pat Toomey of Pennsylvania accused Gensler of seeking to use the agency’s “regulatory powers to advance a liberal social and cultural agenda on issues ranging from climate change to racial inequality.”

West Virginia Atty. Gen. Patrick Morrissey, who is threatening to sue, accused the SEC in a letter last month of “federal overreach and political activism at its worst.”

The debate has spilled over to the U.S. Federal Reserve, which is signaling that banks are going to need to take a far more proactive role in analyzing and disclosing the climate risks not just of their own operations, but of the companies they are investing in.

Its board voted unanimously in December to join the international Network for the Greening of the Financial System, which promotes aggressive action in the sector to confront global warming and move more capital toward low-carbon investment. Other than the Reserve Bank of India, every other central bank in the world had joined before the U.S.

The move nonetheless sparked protests from dozens of House Republicans. Rep. Andy Barr of Kentucky wrote in an op-ed for CNBC that the move was geared toward “causing financial stress for industries that climate extremists hate.”

The transparency fight is getting underway in the U.S. as many of its allies are far ahead in requiring companies to report their climate risks. France in 2016 began mandating that its large investment firms and pension funds disclose extensive information about their exposure to global warming and plans to confront it.

“We can’t reach our net-zero future without climate disclosure,” said Steven Rothstein, a managing director at Ceres, the nonprofit that engages business leaders in setting and reaching sustainability goals. “You can’t manage what you can’t measure.”