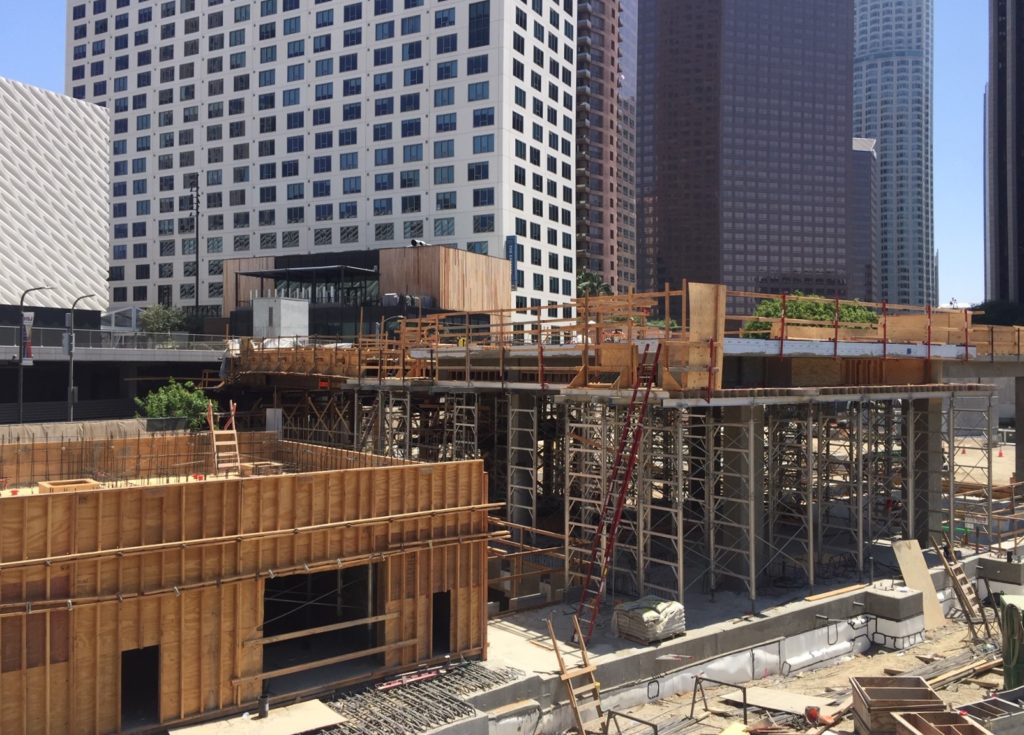 It has been just a couple of months since SBLA checked in on Regional Connector construction, but editor Joe Linton was downtown and has his hands full researching some big stories, so below are more recent photos of the Regional Connector Grand/Bunker Hill Station pedestrian bridge to Grand Avenue.

Most of the construction for the project has been underground, including deep pits at each of the stations. The pit under Bunker Hill was the deepest of them all.

That Bunker Hill pit is no longer a pit. Construction at the surface there (on Hope Street at 2nd Street, essentially directly behind the Broad Museum) is now one of the best places where the public (and Streetsblog editors) can see project progress.

Here is what the future station will look like: