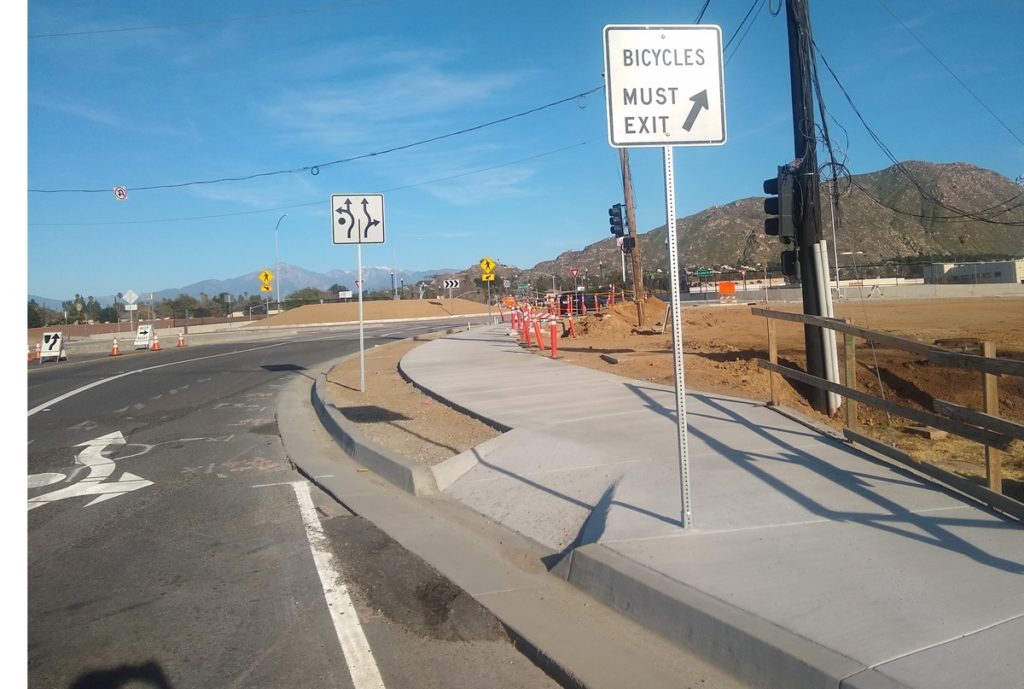 Caltrans has long emphasized safety as an key aspect of its work on the state transportation system. However, it has also long prioritized the safety of car drivers and passengers, giving little attention to other people using the system, including bike riders and walkers.

That could change. The recently created Division of Safety Programs and the department’s first-ever Chief Safety Officer, Rachel Carpenter, just released a new guidance document [PDF] that tells land use project developers they must consider the safety of and access for people on foot, on bikes, and in transit, as well as in vehicles.

That’s right. Caltrans, which reviews land use projects throughout the state as part of its role in maintaining a safe and efficient transportation system, is telling developers they have to think about everyone using roads to get to their sites, not just drivers.

The Safety Programs division will be hosting a webinar at 2 pm on January 20 for local government agencies, planners, consultants, and developers to review and discuss the guidance. (This webinar is not for Caltrans employees, who will be offered their own training internally–this is to make sure there is plenty of room for Caltrans partners to attend.) Register here.

This does not specifically address Caltrans-led projects, but any project that could affect the efficient functioning of the state highways. While it acknowledges that Caltrans does not have authority to require local agencies to carry out safety analyses for its local roads, the department is “hoping the new guidance signals the need for more proactive safety planning by local agencies,” according to Caltrans’ communications office. “This is especially critical as about two-thirds of fatal and serious injuries occur off the state highway system.”

The document is aimed at creating “a uniform practice to apply to land use development statewide, while allowing some flexibility within the districts to address safety needs that may be specific to [each] geographic area.” That means aligning any safety impact analyses with other local safety plans. Caltrans sees this as an opportunity to coordinate with local agencies on safety for all road users.

“We look forward to the new and exciting opportunity this brings to Caltrans and safety,” a department spokesman said.

According to the new guidance document, some of the elements that may have to be considered in a safety review include:

But it also reiterates that “automobile congestion or delay itself does not constitute a significant environmental impact (Public Resources Code, §21099(b)(2)), and traffic safety should not be used as a proxy for road capacity.” This is consistent with recent shifts in the California Environmental Quality Act, which Caltrans has embraced.

Also, any proposed mitigation measures should “avoid actions that would lead to induced VMT or would worsen conditions for vulnerable users including pedestrians, bicyclists, and micro-mobility users. It is not the intent of the traffic safety review to recommend increasing capacity on conventional highway segments.”

The document also recommends developers “propose pedestrian and bicyclist traffic safety mitigations at intersections where a project will negatively impact these modes of travel,” and review site designs to identify missing bicycle and pedestrian access.

This is a major shift in Caltrans’ perspective on safety, and requiring developers to consider these issues is a huge change. But it will also be up to local planners and advocacy organizations to make sure these policies are more than just lip service on the part of districts, developers, and consultants.