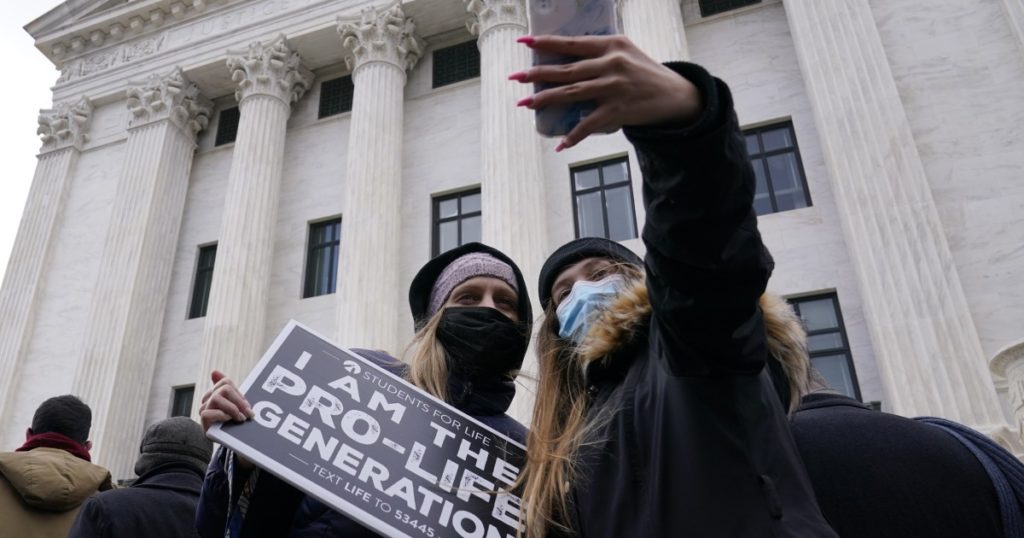 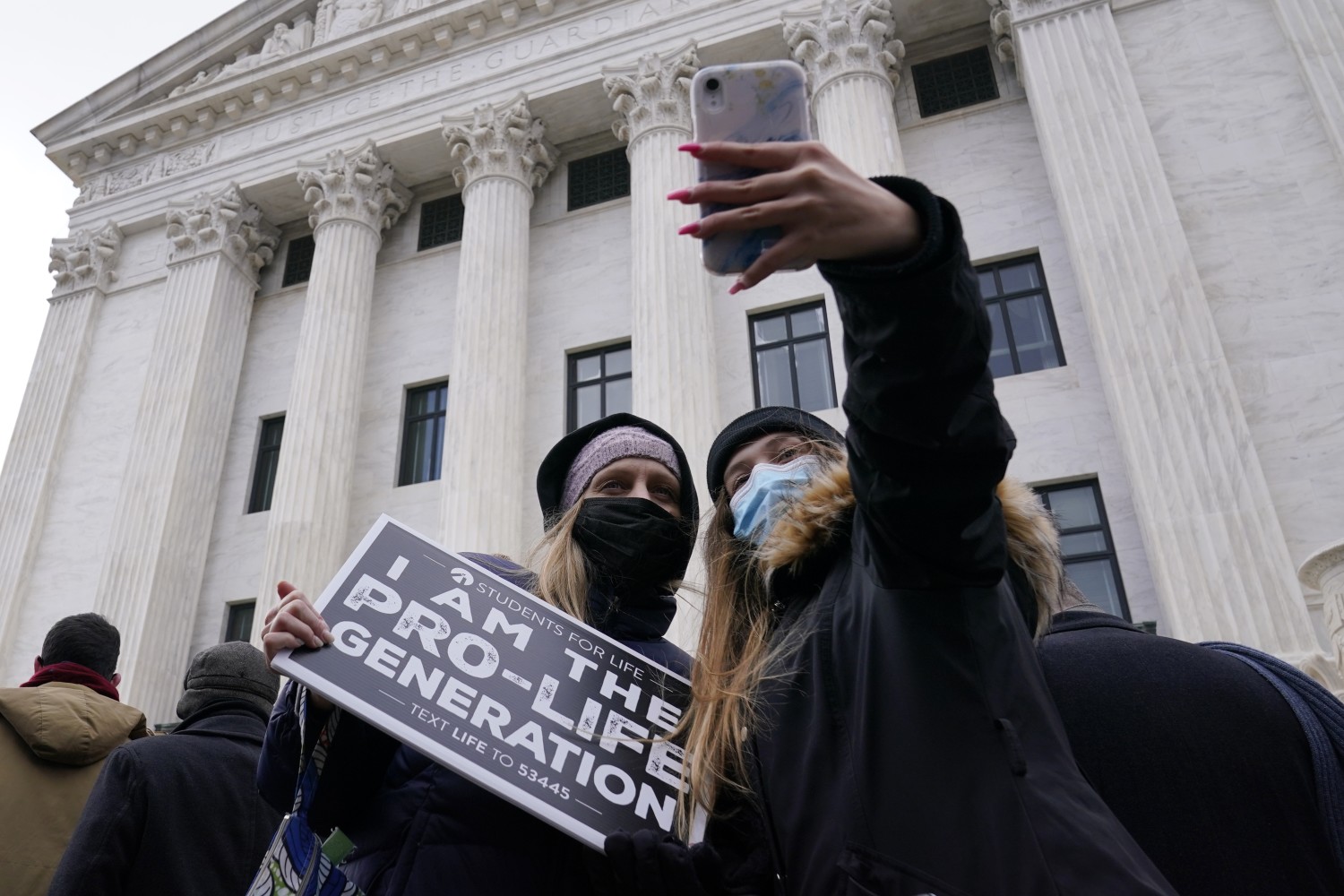 Energized by the conservative tilt of the U.S. Supreme Court, legislators in Republican-led states have put forward hundreds of abortion restrictions, including near-total bans, eager to offer the vehicle to achieve a longstanding goal: the unwinding of Roe vs. Wade.

“There’s just a lot of hope out there on the pro-life side,” said Arizona state Sen. Nancy Barto, a Republican. “For a long time, we haven’t made a lot of progress. Everybody is seeing the possibilities now. It has emboldened states.”

And they’re emboldened not only to further limit the procedure, but to challenge the 1973 landmark ruling that established the right to abortion nationwide.

Abortion rights advocates have identified about 500 measures that lawmakers at the state level have introduced to impede the procedure, including bans based on the gestational age of the fetus, as well as prohibitions on terminating a pregnancy due to race, sex or genetic anomaly. Some bills would prevent doctors from prescribing abortion pills through telemedicine visits; others would allow men with paternity claims to block an abortion against a pregnant woman’s wishes.

And both sides in the abortion debate are advancing laws that look ahead to a potential post-Roe nation, in which access to the procedure would vary from state to state.

“What’s happening this year is a continuation” of the flurry of strict abortion bills in 2019, said Kristin Ford, national communications director for NARAL Pro-Choice America. “It’s almost as if the anti-choice movement threw all of their most cruel attacks into a blender.”

The frenetic legislative action and legal challenges around the issue belie the fact that public opinion on abortion has remained relatively steady for the last two decades. Americans are more or less evenly split when asked by Gallup whether they consider themselves “pro-choice” or “pro-life.” A consistent majority backs legal abortion in some circumstances, and polls have found that by a healthy margin, respondents do not want Roe vs. Wade to be overturned.

In recent years, however, states have passed abortion prohibitions with the aim of undoing that court decision. One ban, a 2018 Mississippi law to outlaw almost all abortions after 15 weeks, waits in limbo at the Supreme Court, where the justices have taken an unusually long time in announcing whether a review has been granted or denied — leaving the extent of the court’s appetite to revisit Roe unclear.

“I don’t read minds and I don’t place bets on Supreme Court cases,” said Katie Glenn, government affairs counsel at Americans United for Life. “There were a lot of smart people who thought the court would overturn Roe in Planned Parenthood v. Casey” — a 1992 case that affirmed the constitutional right to an abortion, but that also broadened states’ ability to regulate it.

Elizabeth Nash, who tracks state reproductive health policy at the Guttmacher Institute, a nonprofit that supports access to abortion, said that nowadays “it’s pretty clear the court is solidly antiabortion.”

“What is unclear is what kind of cases they will take that could undermine abortion rights,” Nash said.

The most direct threats to Roe are the various bans. The trend accelerated after Justice Brett Kavanaugh joined the court in 2018, and has continued this year in states such as South Carolina and Arkansas. The latter passed a bill outlawing abortion in all cases except to save the mother’s life; it does not include exemptions for rape or incest.

Republican Gov. Asa Hutchinson, upon signing the Arkansas law in March, acknowledged it “is in contradiction of binding precedents of the U.S. Supreme Court,” but noted it was “the intent of the legislation to set the stage for the Supreme Court overturning current case law.”

The fact that the court has yet to rule on such abortion bans has not deterred state-level lawmakers; if anything, they appear more eager to propose their own versions.

“There’s some sense that some states want to have their name on the case the court ultimately takes to overturn or change the underlying abortion law,” said Laurie Sobel, associate director for women’s health policy at Kaiser Family Foundation, a nonpartisan healthcare nonprofit.

Mallory Quigley, spokesperson for Susan B. Anthony List, a group that opposes abortion, said the bevy of bans creates an “avalanche effect” that feeds the argument that the American public — through their elected representatives — wants Roe revisited.

“We know the court is not immune to public opinion,” Quigley said. “The more states are advancing these bills, the more it increases the demand for the Supreme Court to weigh in.”

“That case essentially invited other types of abortion restrictions to come to the court to get clarity,” Sobel said, noting that the current crush of bills can be attributed to “not just the confirmation of the new justice, but the opening the chief justice created.”

Arizona’s Barto is among the state lawmakers who have introduced legislation to chip away at abortion access. Her bill, which initially failed by a single vote in the state Senate but is being revisited, would bar abortions on the basis of genetic disorders such as Down syndrome — an act of selective reproduction that she says is tantamount to discrimination against those with disabilities. Doctors who perform abortions in such cases would face criminal penalties.

Her efforts dovetailed with a federal appeals court decision last week to uphold a similar ban in Ohio. The decision conflicts with decisions in other federal districts, teeing up an opportunity for the Supreme Court to weigh in.

The genetic abnormality provision “is a bigger bite than we’ve taken in a while,” Barto said. “It’s going to make people think.”

Her bill would also prohibit dispensing of abortion pills through the mail, another focal point this year due to the rise of telemedicine during the pandemic. The Biden administration last week temporarily lifted the requirement for an in-person visit to obtain abortion medication. Abortion rights advocates are pressing the administration to make that change permanent.

Barto said banning the distribution of such pills by mail is a necessary safety measure. Opponents to such mandates note that the Food and Drug Administration says drug-induced abortions are safe for terminating pregnancies before 10 weeks. They see such bills as more about finding new ways to inhibit women’s access to abortion.

“We have seen bans on the methods used during second trimester. Now we’re seeing attempts to limit a major method of early abortion,” Nash said.

Advocates on both sides say there is also an uptick in states modifying their constitutions and statutes in preparation for the potential overturning of Roe vs. Wade.

Voters in Kansas, for example, will consider an antiabortion amendment to the state’s constitution next year. Lawmakers introduced the amendment in response to a state Supreme Court ruling that said access to abortion was “a fundamental right” in the Kansas Constitution.

“It came as a complete shock to most Kansans when in 2019 their state Supreme Court discovered this right to abortion that had never been eliminated in the 100-plus years of the Kansas Constitution being on the books,” said Glenn of Americans United for Life. “We saw a lot of lawmakers say, ‘Could that happen in our state?’”

Such moves have not been limited to abortion opponents. In New Mexico, lawmakers repealed an abortion ban that had been on the books since 1969 (and that was unenforceable after Roe vs. Wade) in order to ensure that the right to abortion was preserved in the state even if Roe is no longer the national standard.

Antiabortion advocates are also wading into other contentious statehouse battles this year, namely the raft of voting restrictions introduced in response to former President Trump’s false allegation that the 2020 election was rife with fraud. Polls show that Republican voters’ faith in elections plummeted with Trump’s refusal to accept last year’s results. Susan B. Anthony List, along with other social conservatives, launched a multimillion-dollar campaign this year to advocate for tighter voting laws.

“We’re engaging in this fight because our very ability to win elections is predicated on our ability to turn out voters, which requires voters to trust the system,” Quigley said.

Rachel Sussman, vice president of state policy and advocacy for Planned Parenthood Action Fund, said she wasn’t surprised that lawmakers who oppose abortion are also pushing laws that restrict the right to vote, as well as legislation focusing on transgender people — especially limiting access to or outright banning certain medical procedures for trans youth and regulating their participation in school sports.

Conservative legislators “are using a coordinated strategy to keep their control by any means possible, including changing the rules of engagement and dismantling democracy altogether,” Sussman said.

“That threat is rooted in everybody’s ability to live free,” she added, “whether that is the ability to make the decision about their own body or whether it’s about getting crucial healthcare that they need to live [as] their full selves.”