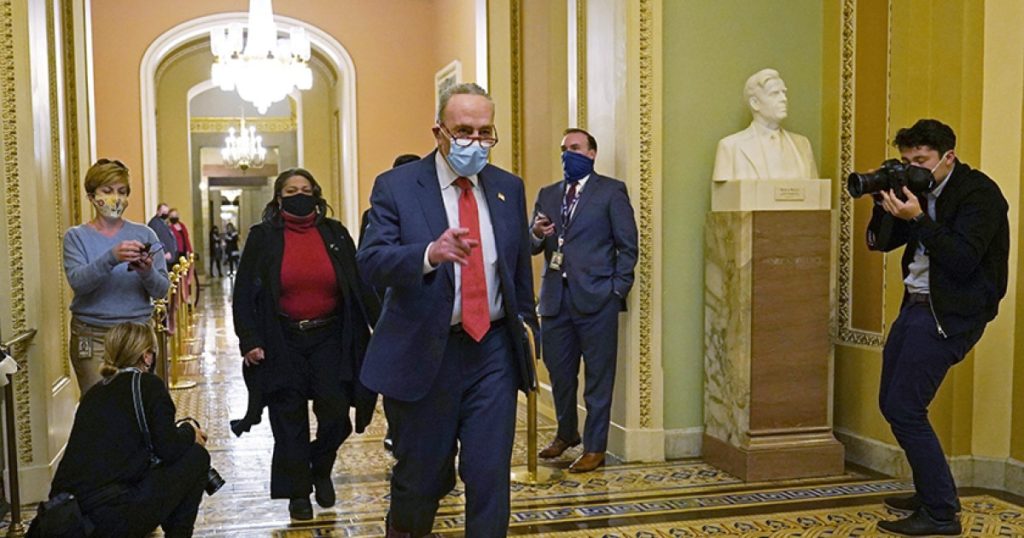 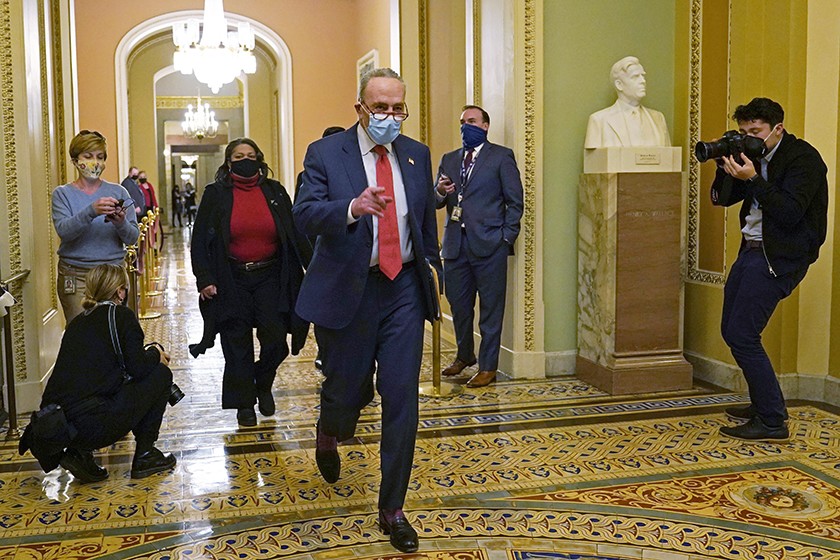 Congressional leaders have resolved the final major issue delaying passage of a nearly $1-trillion economic aid package to extend federal unemployment payments and forgivable loans for small businesses, and to give direct cash payments to many Americans, according to a Democratic aide.

With time running out, the bipartisan deal among the top four congressional leaders must be passed by the House and Senate and signed by President Trump to become law. The additional federal unemployment aid created by Congress in March in the so-called CARES Act expires Dec. 26, and most other benefits lapse before the end of the year. Senate Majority Leader Charles E. Schumer predicted the House and Senate could vote as soon as Sunday, barring any problems.

While Trump has not been involved in the talks, Treasury Secretary Steven T. Mnuchin has, and the president is expected to support a deal that has Republican leaders’ backing.

The package would not only allow additional weeks of compensation for jobless Americans, but also add $300 a week to what they receive through their state unemployment program. It would provide a one-time direct payment of up to $600 for most Americans, half the maximum $1,200 distributed in the spring, and another round of Paycheck Protection Program loans for small businesses. The deal also contains money for vaccine distribution, food assistance, rent payments, child care and schools.

Negotiations on the aid package, stalled for months, resumed in earnest earlier in the week after Republican and Democratic leaders agreed to drop the two main sticking points — aid for state and local governments, which House Speaker Nancy Pelosi (D-San Francisco) and other Democrats wanted, and a provision shielding businesses from liability in lawsuits related to COVID-19, a priority of Republicans and in particular Senate Majority Leader Mitch McConnell (R-Ky.).

Most issues had been resolved by Friday, but negotiations dragged into the weekend as senators argued over whether Congress should rein in the Federal Reserve’s emergency lending powers.

Sen. Patrick J. Toomey (R-Pa.) pushed for a provision that would have shut down a Fed lending program that helped prop up state budgets and corporations during the pandemic, and it would have prevented the Fed from restarting such an effort without congressional approval. Democrats pushed back, saying Toomey’s proposal would have tied the hands of future administrations, including the incoming Biden administration, in moments of crisis. The Federal Reserve has had the authority to take such actions since the Great Depression, though it is rarely used.

The leaders — under increasing pressure from constituents and rank-and-file lawmakers, and confronted with both a slowing economy and surging coronavirus infections and related deaths — are racing to reach a deal before millions of Americans lose their financial lifeline.

The aid package will be included as part of a must-pass $1.4-trillion package to fund the operations of federal agencies through this fiscal year ending Sept. 30. Congress has passed several short-term resolutions to extend federal departments’ funding and keep the government open while the aid package was being negotiated, with the current deadline being the end of Sunday.