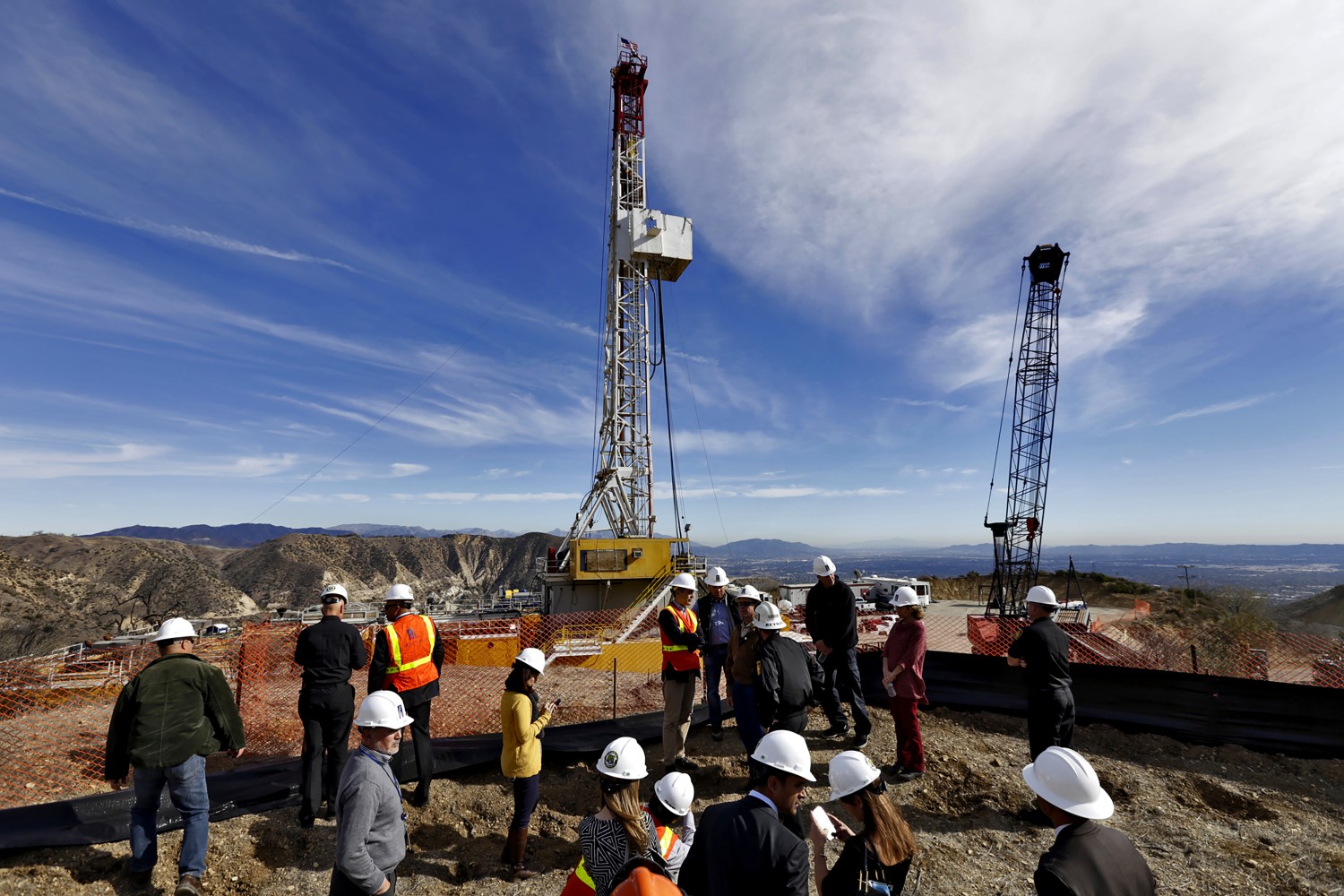 Senate Democrats are expected to vote Wednesday to reverse a Trump-era Environmental Protection Agency rule that limits regulation of methane, a powerful greenhouse gas and a major contributor to climate change.

Wednesday’s vote would be the first time Democrats use the Congressional Review Act to overturn a policy put in place by a Republican president. The House must still vote before it reaches President Biden’s desk. The White House has said Biden supports overturning the Trump rule.

That tightening methane regulations is the Democrat’s first use of the law shows how important it is, Senate Majority Charles E. Schumer (D-New York) said at a news conference Wednesday morning. “It’s really vital,” Schumer said.

So what does the rule do?

Trump’s rule lifted an Obama-era regulation that required oil and gas companies to find and fix methane leaks at drilling sites and oil and gas facilities. This may interest you : Biden admin drops challenge to California’s car pollution rule.

Essentially, the Democrats are undoing Trump’s attempt to undo an Obama-era rule.

“What we’re voting on today is the legislative equivalent of a double negative,” said Sen. Angus King (I-Maine).

On the same subject :
New COVID-19 relief may hinge on business liability protection
Congressional action on coronavirus relief legislation may hinge on a little-known question…

How are they overturning it?

The Congressional Review Act gives Congress a short window to review and reject regulations. It’s largely been used as a threat to get agencies to change the rules before they go into effect, but Republicans used the act 16 times at the start of Trump’s first term to get rid of Obama administration policies. Before then it had been used only once, when Republicans overturned a Clinton administration policy.

CRA resolutions are not subject to the filibuster and can pass with a simple majority. This may interest you : Biden Cabinet: Expertise, diversity and Obama class reunion. Sen. Susan Collins (R-Maine) has said she plans to join Democrats in overturning the methane rule.

Democrats have a limited window to use the Congressional Review Act to stop the 1,490 rules the George Washington University Regulatory Studies Center estimates were approved in the final months of the Trump administration and are eligible to be overturned. The Congressional Review Act sets a series of deadlines by which lawmakers can file resolutions to overturn the rules and by which they have to vote. Just six resolutions were filed by the initial deadline.

Why should I care about methane leaks?

Methane receives less attention than carbon dioxide, which makes up most of the nation’s greenhouse gas emissions, but it’s a serious threat. On the same subject : Supreme Court may shield Koch-backed nonprofit from disclosing its donors to California.

Methane absorbs far more heat than carbon dioxide, and its emissions are rising. Scientists have said that reducing methane leaks — as well as venting and flaring of natural gas — could be one of the fastest ways to slow climate change. A new study published Tuesday in the journal Environmental Research Letters found swiftly cutting methane emissions could slow the rate of the Earth’s warming as much as 30%.

To see also :
Roger Mudd, TV news star for CBS and NBC, dies at 93
Roger Mudd, a political correspondent and anchor who was a major fixture…

What happens to methane leaks if it doesn’t pass Congress?

The Biden administration could write a new rule, a process that can take months or years. Companies could seek out and plug the leaks on their own.

Addressing them is a priority of the Biden administration’s climate goals. Last week, Biden announced at a world climate summit that he’s doubling the United States’ original commitment to slashing greenhouse gas emissions, making the country’s goal one of the most ambitious in the world.

Biden has also indicated that fixing methane leaks is one of the job-creation items he plans to include in the infrastructure package he is sending to Congress, saying the government could pay unemployed pipe fitters and miners to help cap the country’s 100,000 “orphan wells” that have been abandoned.

What does it mean for California?

California’s state restrictions on methane leaks exceed even the Obama rule that Congress wants to go back to, so for California companies the change means very little. Over half of California’s methane emissions come from livestock, rather than oil and gas companies, according to the California Air Resources Board, the state’s top regulator for air quality and climate.

“Reinstating Obama-era methane rules will provide a stop-gap, modest benefit to states like California, where methane leaks from oil production cause serious health and environmental problems,” Clare Lakewood, legal director at the Center for Biological Diversity’s Climate Law Institute, said in a statement.