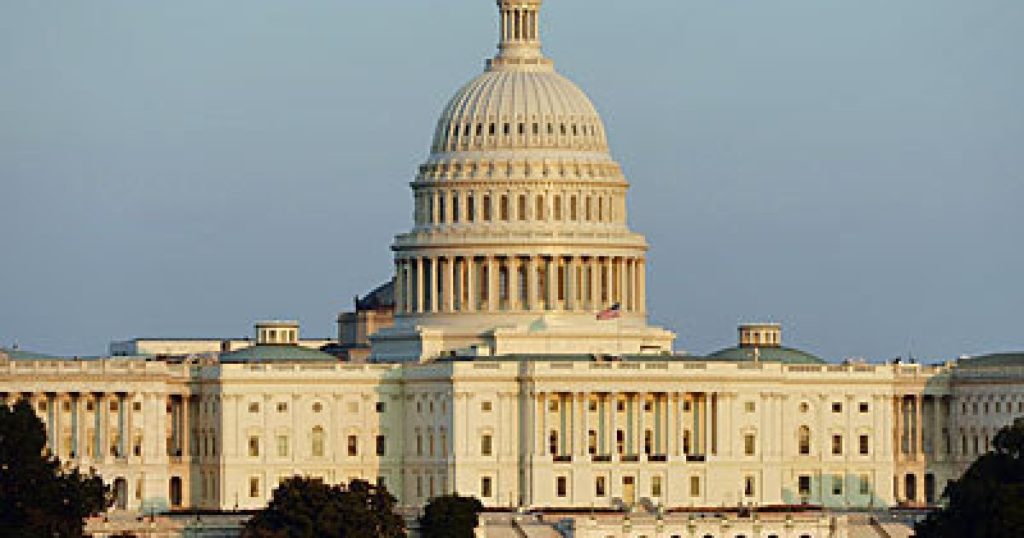 Congress planned Monday to rush approval of a spending bill providing a new round of economic stimulus to millions of Americans struggling during the coronavirus pandemic, in a massive piece of legislation stuffed with a buffet of unrelated provisions that include halting so-called “surprise medical billing” and creating new Smithsonian museums dedicated to Latinos and women.

While congressional leaders agreed to the contours of a deal Sunday evening, the full details and text of the 5,593-page, $2.3-trillion bill — thought to be the largest single piece of legislation in Congressional history — were not released until a few hours before the votes were scheduled to be held Monday night, amid last-minute negotiations and even a corrupted computer file that slowed printing of the documents.

The rush frustrated rank-and-file lawmakers, who complained that the measure was just another in a long-term series of mammoth bills they were being asked to approve without adequate time to digest.

“Members of Congress have not read this bill,” Rep. Alexandria Ocasio-Cortez (D-N.Y.) said on Twitter. “It’s over 5,000 pages, arrived at 2pm today, and we are told to expect a vote on it in 2 hours. This isn’t governance. It’s hostage-taking.”

“Who in their right mind thinks that this a responsible way of governing?” said Sen. Rick Scott (R-Fla.).

Congressional leaders in both parties were under mounting pressure to approve legislation to respond to the pandemic in the face of expiring programs — such as the moratorium on housing evictions — and a dramatic spike in coronavirus cases around the country, prompting restrictions on movement and business closures.

It took months of negotiations to reach a deal. Republicans had to give up demands for liability protections for businesses. Democrats passed up funding for state and local governments and sought to frame the package as only a down payment for a bigger bill they hope to get approved next year.

President-elect Joe Biden said he was ready to pick up the baton, forecasting the first legislative initiative of his administration.

“This action in the lame-duck session is just the beginning,” Biden said Monday. “Our work is far from over.”

The pressure on lawmakers has grown more acute in recent days as they have posted pictures of themselves receiving some of the first doses of the COVID-19 vaccine, granted to members of Congress. Though they were given the injections as directed under rules to provide for the continuity of government, critics said lawmakers were cutting in line as unemployed Americans struggle.

With $900 billion in stimulus provisions, the bill marks the first attempt to respond to the coronavirus pandemic since April. It includes a new round of $600 payments for American adults earning up to $75,000. Supplemental federal unemployment benefits of $300 per week would go into effect for another 11 weeks. Both provisions build on similar payments in the first coronavirus relief package, approved by Congress in March, but they cut the amount of funding in half.

Treasury Secretary Steven T. Mnuchin said Monday on CNBC that some of the payments to individuals could go out as early as next week. Rep. Kevin Brady of Texas, the top Republican on the House Ways and Means Committee, said he expected all payments to be distributed by Jan. 15.

Additional funding would go toward the distribution of COVID-19 vaccines, testing and tracing and the popular Paycheck Protection Program for businesses. For renters, the bill would provide $25 billion in emergency rental assistance and extend for one month an eviction moratorium set to expire at the end of the year.

The bill has provisions to help the entertainment industry and its workers, providing $15 billion in grants to independent venues, such as live music stages and movie theaters, to help them meet their bills for six months.

“These venues are so important to my state and many states across the country — they are the lifeblood of our communities,” said Sen. Charles E. Schumer (D-N.Y.). “They were first to close and will be the last to open. The bill gives them a fighting chance.”

Workers in the gig economy and the entertainment industry who earned most, but not all, of their income from 1099 independent contracting qualified for very little unemployment benefits — and thus, none of the $600 additional unemployment payments — Congress issued in March. The new bill attempts to repair that glitch if states opt in, according to a provision authored by Rep. Adam Schiff (D-Burbank). It would provide an additional $100 weekly supplement to people who earn more than $5,000 in 1099 income if they do not qualify for the enhanced unemployment benefit. Schiff said he expected California to opt in to the program.

The bill includes several other pots of funding, including $45 billion for state transportation programs and money for schools and food stamps.

In addition to the approximately $900 billion to address the pandemic, the bill includes $1.4 trillion to keep the government running through September and avoid a shutdown Monday evening. It also adds dozens of unrelated provisions — policies designed to win votes or clear out Congress’s unfinished business before year’s end. Massive year-end bills like this are known in Washington as “Christmas trees,” because everyone seems to be able to attach an ornament.

Among those decorations is a long-sought bipartisan agreement that attempts to end so-called “surprise medical billing,” or situations in which patients are billed at higher, out-of-network rates when getting treatment at an in-network facility, especially emergency rooms. The bill would most often end the higher payment, particularly in emergency treatment.

The legislation requires the State Department to establish a U.S. consulate in Tibet, a move that could heighten tensions with China. And it directs the Smithsonian Institution to create new museums on or near Washington’s National Mall dedicated to Latinos and women. The idea had widespread support but was blocked by Sen. Mike Lee (R-Utah) over concerns that too many “separate but equal” museums would be divisive.

Employers got a series of tax credits in the bill, including one long favored by President Trump. For two years, businesses will be allowed to deduct restaurant meals from their taxes. Trump pushed the policy in hopes of providing stimulus to the industry. But critics worried it might increase the spread of virus in restaurants and would tend to benefit the wealthy.

Negotiations over a new stimulus bill had been bogged down for months amid partisan squabbling. The Democratic-controlled House approved a $3.4-trillion bill in May, but in the Senate, Republicans hit “pause” on a new relief bill.

“There is a tendency to say, when Congress is gridlocked, ‘Pox on both houses,’” Schiff said. “In this case, one house didn’t want to do anything. The result is we’re doing far less than we should.”

Democrats, led by Speaker Nancy Pelosi (D-San Francisco), refused to approve individual portions of the bill out of concern that it would slow down the entire effort or result in a grab bag of provisions that didn’t address the pandemic’s full scope. Republicans countered that Democrats had overreached.

“Democrats chose to play politics and chose not to take ‘yes’ for an answer,” said Rep. Tom Cole (R-Okla.). “But now that the election is over and the end of the year is at hand, suddenly there’s room for a deal — a very bipartisan deal that was on the table all along and that could have been passed into law months ago.”

After months of fits and starts, negotiations kicked into high gear again earlier this month, when a bipartisan group of lawmakers slimmed the stimulus bill down to about $908 billion, removing the most political contentious pieces.

That led to Pelosi and Senate Majority Leader Mitch McConnell (R-Ky.) renewing their talks on the stimulus in combination with government funding to avoid a shutdown.