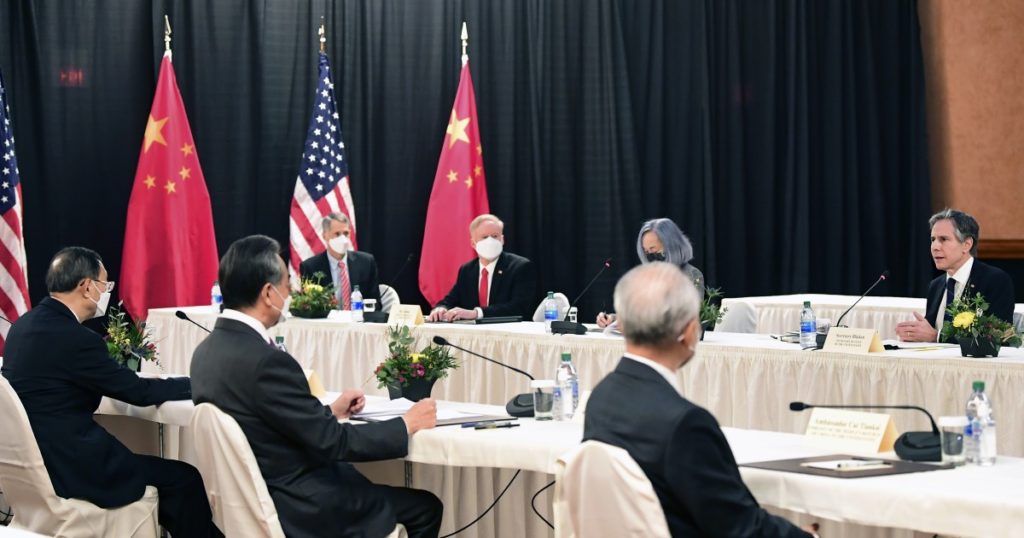 President Biden has a strategy for selling his next massive economic recovery bill: exploiting fear of losing out to China.

“If we don’t get moving, they’re going to eat our lunch,” the president told senators recently, listing China’s ambitious infrastructure projects as a reason to embark on our own. “We just have to step up.”

In a formal policy manifesto this month, Biden’s National Security Council echoed the sentiment, saying: “The most effective way for America to outcompete a more assertive and authoritarian China … is to invest in our people, our economy and our democracy.”

For years, foreign policy pundits worried that the United States and China might be sliding into a new cold war — an updated version of the nuclear standoff that pitted the United States against the Soviet Union for almost half of the 20th century.

They can stop worrying. They were right about the new cold war’s imminence. But it’s already arrived, and it isn’t likely to become the terrifying kind. Rather than a race to build warheads, this competition involves an infrastructure race, a gross domestic product race and arguments over whose political system is superior.

And this cold war may even have some positive side effects. For one thing, it has focused leaders in both parties on the need for policies to strengthen U.S. economic competitiveness. And it has handed Biden a political dividend: a bipartisan rationale for the massive spending he wants.

Hawkish Republicans have been sounding the alarm about China for decades, pointing mostly at Beijing’s military expansion. So have many Democrats, with one camp focused on the loss of manufacturing jobs to cheap Chinese imports, another angered by China’s internal repression.

Now they’ve found common cause — and an opportunity to write the kind of bipartisan legislation Biden has long said he’d like to see.

The idea of passing a bipartisan “China bill” has become so popular that Senate Republican leader Mitch McConnell of Kentucky recently warned his colleagues against allowing Biden to load too much domestic spending onto the legislation.

There’s an echo here of the first decade of the Cold War, when Americans’ alarm over the military threat from the Soviet Union prompted Republicans in Congress to support massive domestic programs, including the interstate highway system, which was funded in 1956; major investments in science and technology; and the National Defense Education Act of 1958, which marked the first major use of federal dollars to improve education.

Several of those innovations occurred after the Soviet Union shocked Americans by launching a satellite into space in 1957 — the “Sputnik moment” that suggested the United States might be falling behind technologically.

The U.S.-China competition is approaching a Sputnik moment of its own: the point at which China’s economy, as measured by gross domestic product, exceeds that of the United States. The number won’t be as meaningful as it looks; China’s GDP is big because its population is so huge, and its GDP per person is still less than one-sixth of ours. But it may still come as a blow to Americans’ self-image.

The Cold War with the Soviet Union was expensive and dangerous. It produced a nuclear arms race and dozens of brush fire wars; but it ended peacefully in 1991, when the Soviet Union, unable to compete economically with the West, disintegrated.

The new cold war with China doesn’t need to be as frightening. Unlike the United States and the Soviet Union, neither country is threatening the other militarily. They face a potential flashpoint in Taiwan, the breakaway province that Beijing has promised to retake; but Biden and his aides have made clear that the United States would make any such action by China costly.

The most encouraging sign: Both countries pronounced their initial meeting since Biden took office a success. The dialogue, which took place in Alaska last week, was frosty at times, with U.S. officials scolding China for its treatment of the Uyghurs and for repression in Hong Kong, while China’s Yang Jiechi fired back about U.S. human rights issues. “They did not just emerge over the past four years, such as Black Lives Matter,” he said.

But after two days of meetings, Yang sounded more positive. “These talks helped increase understanding, even though the two sides still have big differences,” he said. And on Tuesday, Biden’s special envoy for climate change, John F. Kerry, attended a virtual conference chaired by China’s climate chief, Xie Zhenhua — a sign that both governments still hope to find grounds to collaborate on at least one issue.

That’s good news. It makes it seem possible that China and the United States have learned to manage their disagreements without unnecessary escalation. A trade war is expensive, but far less costly than a nuclear war; a cold war is dangerous, but less damaging than a hot war.

If competition with China forces the United States to fund more research, rebuild its infrastructure and revitalize its economy, a little cold war could be a beautiful thing.