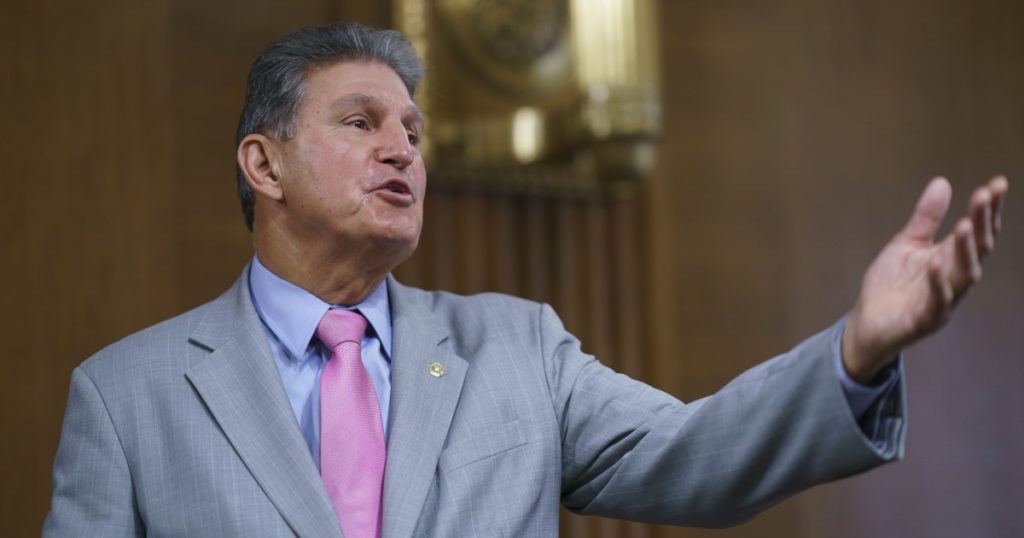 The Democratic-led Senate is heading toward showdowns on two critical pieces of legislation: President Biden’s ambitious infrastructure plan and a bill to stop state legislatures from making it harder to vote.

But there’s a roadblock in the Democrats’ way, and it’s not Republican leader Mitch McConnell. It’s Joe Manchin III, the maverick Democrat from West Virginia, who insists that laws must be the product of bipartisan compromise, even when bipartisanship is in painfully short supply.

It’s an understandable stance for a politician whose positions are often midway between the two parties’ and whose state has turned thoroughly Republican.

But in a polarized 50-50 Senate, where almost every issue has become a zero-sum battle, his old-fashioned appeals to comity sound increasingly anachronistic — and they’re driving other Democrats to distraction.

Even Biden, who once believed bipartisanship would blossom as soon as Donald Trump left town, flashed a little frustration last week.

“I hear all the folks on TV saying, ‘Why doesn’t Biden get this done?’ Well, because Biden only has a majority of effectively four votes in the House and a tie in the Senate, with two members of the Senate who vote more with my Republican friends,” he said, referring to Manchin and another centrist Democrat, Kyrsten Sinema of Arizona.

Biden has been trying to negotiate a deal with Republicans on infrastructure, but after weeks of meetings the two sides are still far apart. The president has cut his initial request by more than half and is asking for about $1 trillion in new spending; GOP leaders have countered with an offer of $307 billion, less than one-third as much.

Democratic political strategists are beginning to sound desperate; they want to pass big legislation now, so they can campaign on it for next year’s congressional election. But Manchin, who isn’t up for reelection until 2024, is unhurried.

Even if Manchin agreed to abandon the quest for GOP support, to win his vote Democrats would have to settle for half a loaf on infrastructure, and may not be able to get a voting rights bill at all.

If progressives want to change these outcomes, criticizing Manchin won’t help; they need to go out and elect more Democrats. And that actually might be possible — at least in the Senate.

The main reason is the peculiar arithmetic of the 2022 congressional election: Twenty Senate seats currently held by Republicans will be on the ballot, compared with only 10 held by Democrats.

Of course, Democrats will have challenges, too, including in Ohio, where Rep. Tim Ryan, a moderate with union backing, may face Republican J.D. Vance, author of “Hillbilly Elegy” and a protégé of Silicon Valley’s Peter Thiel. Democratic Sens. Raphael Warnock of Georgia and Mark Kelly of Arizona will also face tough battles in states Biden won by a whisker.

Even if Democrats increase their margin in the Senate, they face a bigger challenge holding on to their majority in the House of Representatives. A GOP gain of only five seats would oust Nancy Pelosi as speaker and put a Republican, possibly Kevin McCarthy of Bakersfield, in her seat.

In both chambers, Democrats face a headwind: In a midterm election, the party of the incumbent president usually loses seats. That’s because a congressional election is partly a referendum on the president, and critics normally turn out more readily than fans.

Democratic strategists are hoping to turn that factor upside down next year by making the election a replay of the 2020 presidential election — in effect, a referendum on both Biden and Trump.

But other factors will be important, too. “The real world could have an impact,” Democratic strategist Mark Mellman told me. “If the pandemic continues to ease and the economy keeps expanding, Democrats could be in pretty good shape.”

Plus a wild card: If the Supreme Court strikes down the 1973 Roe vs. Wade decision that established a nationwide right to abortion, that could send Democratic voters flooding to the polls.

It’s far too early to forecast the outcome of a congressional election 17 months away. But it’s not too early to note how big the stakes are. Biden’s prospects of enacting most of his ambitious agenda depend almost entirely on the choices voters will make in 2022.