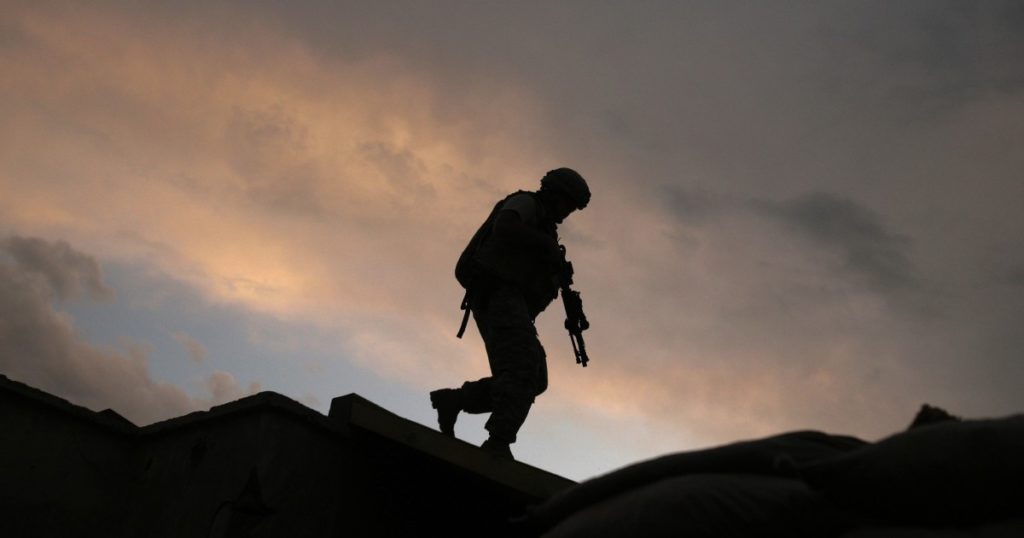 With less than two months left in his term, President Trump still has time to make some final impulsive moves on foreign policy that will affect U.S. interests for years to come.

He has started with Afghanistan, where he abruptly ordered a partial troop withdrawal last week, but only after the Pentagon resisted his efforts to pull all U.S. troops out.

Trump has long chafed at his inability to end the U.S. war against the Taliban, which just entered its 20th year.

It’s hard to blame him; the war has cost more than $2 trillion and 2,355 American lives, without turning Afghanistan into a stable democracy.

But by arbitrarily ordering troops home, Trump could snatch catastrophe from the jaws of defeat.

U.S. forces no longer seek a military victory in Afghanistan; they abandoned that goal long ago.

The remaining 4,500 troops — down from more than 100,000 in 2011 — are there for two reasons: to help suppress Al Qaeda, which carried out the 9/11 terrorist attacks on America, and to pressure the Taliban toward a durable peace agreement with the central government in Kabul.

Trump’s sudden pullout made both objectives harder to obtain.

It could have been worse. The president had wanted to withdraw all 4,500 U.S. troops by election day, a transparently political move. Then he reportedly wanted them out by Jan. 20, Inauguration Day, to claim bragging rights for keeping a campaign promise.

But Pentagon officials warned that a total withdrawal in 60 days would be chaotic.

“It could look like Saigon in 1975: helicopters on the embassy roof,” one former official told me, referring to the disastrous retreat at the end of the Vietnam War.

So the president backed off — halfway.

His newly named acting secretary of Defense, Christopher C. Miller, announced a drawdown of 2,000 troops, along with similar withdrawals from Iraq and Somalia.

Military officials didn’t offer a strategic rationale for the numbers, the list of countries or the deadline of Inauguration Day — presumably because there isn’t one.

Even a halfway withdrawal creates problems. It not only cuts troops available for counterterrorist operations; it reduces U.S. leverage over the Taliban in their fitful peace talks with the Kabul government.

The strangest thing about Trump’s decision is that it undermines his own objectives.

The peace talks are the product of his own administration’s diplomacy — one of its few genuine foreign policy successes.

Over a year and a half of negotiations, Trump appointee Zalmay Khalilzad cajoled the Taliban into a deal to end the war, a deal Trump approved in February.

Under the arrangement, the Taliban agreed to stop attacking U.S. forces, reduce attacks on government forces, prevent Al Qaeda from using Taliban-held territory as a base for terrorism and launch long-term peace talks with the Kabul regime.

The United States said that if the Taliban kept those promises, it would withdraw all its forces by May 2021, only six months from now.

It was a reasonable, realistic deal that earned praise from both parties in Washington.

The Taliban hasn’t fulfilled all its commitments. It stopped attacking U.S. troops — no Americans have been killed in combat since the deal was made — but it escalated attacks on Afghan security forces.

The Taliban did enter peace talks with the Kabul government, but the negotiations quickly stalled. Taliban leaders’ promise to keep a lid on Al Qaeda hasn’t been fully tested.

By ordering 2,000 troops home without getting anything in return, Trump gave up some of his most potent leverage against the Taliban.

Trump’s decision had other downsides as well. It was a betrayal of U.S. military allies, both Afghan and European, who weren’t consulted before he issued his order to retreat.

European countries — led by Germany, Britain and Italy — now have more troops in Afghanistan than the United States. They depend on the U.S. military for critical support, including air power and emergency medical evacuations.

“At some point, they’re going to lose confidence that we can still provide those things,” retired Army Lt. Gen. Douglas Lute, who helped run the war during the George W. Bush and Barack Obama administrations, told me.

If a long-term peace deal is struck, the United States will ask those allies to contribute financial support for the new Afghan government — another key piece of Western leverage in the peace negotiations.

“Those are the allies we have to ask for financial commitments,” Lute said. “Announcing the drawdown the way we did wasn’t only disrespectful; it was counterproductive.”

The consequences will fall to President-elect Joe Biden’s administration to handle.

“Even if you think it’s a good idea to reduce force levels, doing it in the final weeks of a presidency is utterly irresponsible,” said Laurel Miller, a former top State Department official under President Obama. “It’s a way to reap the political benefit of the decision while transferring the consequences to your successor.”

In the end, Trump didn’t get all U.S. troops home by election day, or even Inauguration Day, as he had hoped. Nor did he end the war, or put the peace talks on a solid track.

But he did succeed in one respect: He made Biden’s job harder.