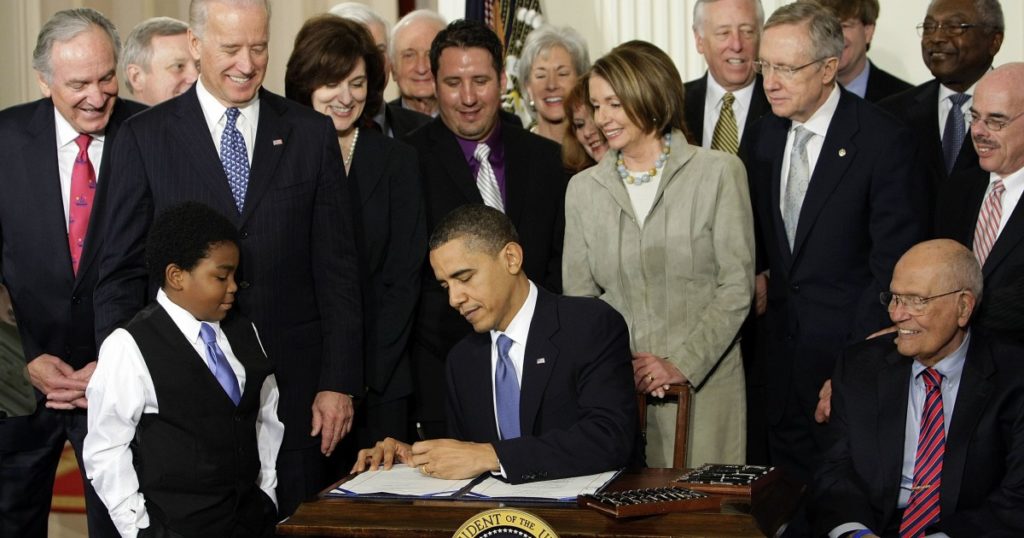 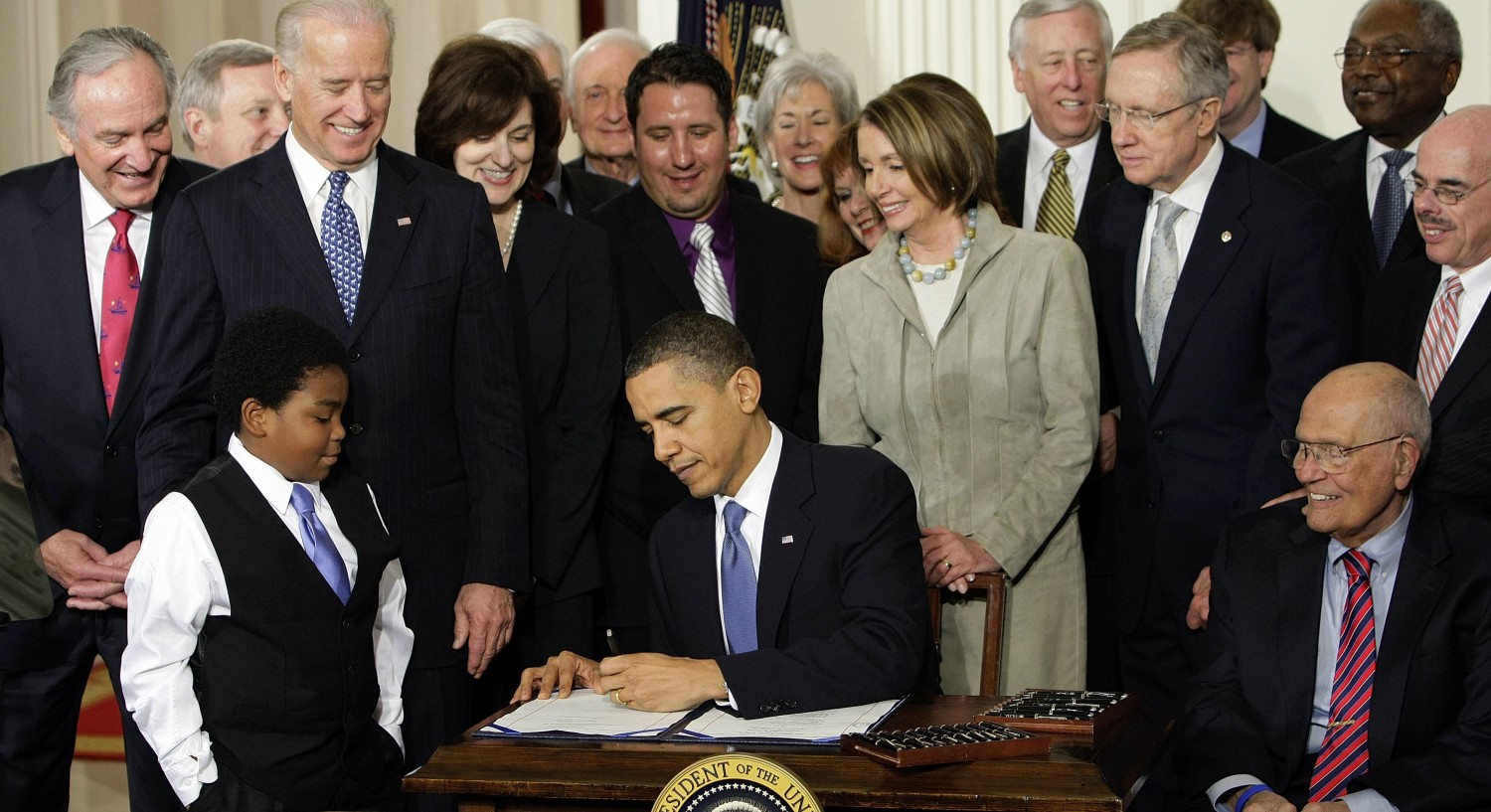 The $1.9-trillion COVID relief bill that Congress passed last week did a lot more than provide pandemic aid: It also included the biggest expansion of Obamacare in the program’s history. And here’s what was strange about that: Republicans raised hardly any objections.

From the Affordable Care Act’s passage in 2010 through President Trump’s failed reelection campaign last year, GOP politicians have vowed to repeal the federally run insurance plan. But the last time Republicans really tried to scrap Obamacare was in 2017, and that attempt failed. Since then, their attacks have been little more than lip service.

In his many speeches last week denouncing President Biden’s COVID relief bill, Senate Republican leader Mitch McConnell mentioned Obamacare only once, and then only to complain that the program was becoming too generous to upper-income families. House Republican leader Kevin McCarthy of Bakersfield, once a leader of the anti-Obamacare jihad, didn’t mention the program at all.

There’s a historical parallel for this almost-imperceptible process by which a once-controversial program becomes a widely popular, deeply rooted part of what citizens expect the federal government to do: Medicare.

Ronald Reagan, then a budding politician, campaigned furiously against the proposed health insurance program for senior citizens in 1961, warning that it would be a fatal step toward socialism. President Lyndon B. Johnson, a Democrat, ignored Reagan’s complaints and pushed Medicare through Congress in 1965. Within three years, the program was so popular that the next Republican president, Richard Nixon, never even tried to dismantle it.

President Obama’s Affordable Care Act, which launched with a bungled website rollout that made it the butt of jokes, has followed much the same trajectory, only more slowly. After the plan was enacted in 2010, only about 40% of Americans approved of it. But as more people used the plan, and after it became clear in 2017 that Republicans didn’t have a viable alternative, its popularity crept upward, reaching 54% approval this year.

Of course, in these polarized times, most of those who now like Obamacare are Democrats, and the holdouts are overwhelmingly Republican — including the partisan voters who dominate GOP primaries.

But in a general election, when the electorate includes Democrats and independents, hostility to Obamacare has turned into a millstone for Republicans. Just look at what happened in 2018, when Democrats accused Republicans of plotting to strip protection from people with preexisting conditions: The GOP lost 41 seats and its majority in the House of Representatives.

“Republicans are at an impasse,” Robert J. Blendon, a health policy scholar at Harvard, told me this week. “They can’t announce to millions of people that they plan to take their insurance away. They can change the program — make its benefits more limited, try to control its costs. But they’re not going to repeal it.”

The legislation Biden signed last week should bolster Obamacare’s popularity further because it fixed what had been one of the program’s most complained-about features. The plan provides subsidies for users’ monthly insurance premiums, depending on their income. But the original, too-low ceiling for the subsides meant upper-middle-income people — a family of three with an income of $87,000, for example — faced punishingly high bills.

Biden eliminated the income cap and imposed a ceiling of 8.5% on the share of income that a family would be asked to spend on premiums. That new provision is temporary, which makes it likely Congress will debate it again just before the 2022 midterm election. But will Republicans really want to propose clawing subsides back from middle-income families right before an election?

Now Biden wants to expand the program further — not only by making the increased subsidies permanent, but also by adding a government-administered insurance policy (known as a “public option”) and perhaps by allowing people under 65 to buy into Medicare. Polls suggest that both of those proposals are broadly popular — but the public option is likely to draw strong opposition from hospitals and doctors, because they fear it will create downward pressure on their prices.

All those ideas for expanding Obamacare will produce lively debates — but the argument will be about how much to spend on the program, not whether to scrap it altogether. And one word has already quietly disappeared from Republican leaders’ vocabulary: “repeal.” Obamacare is here to stay — and that’s a very big deal.