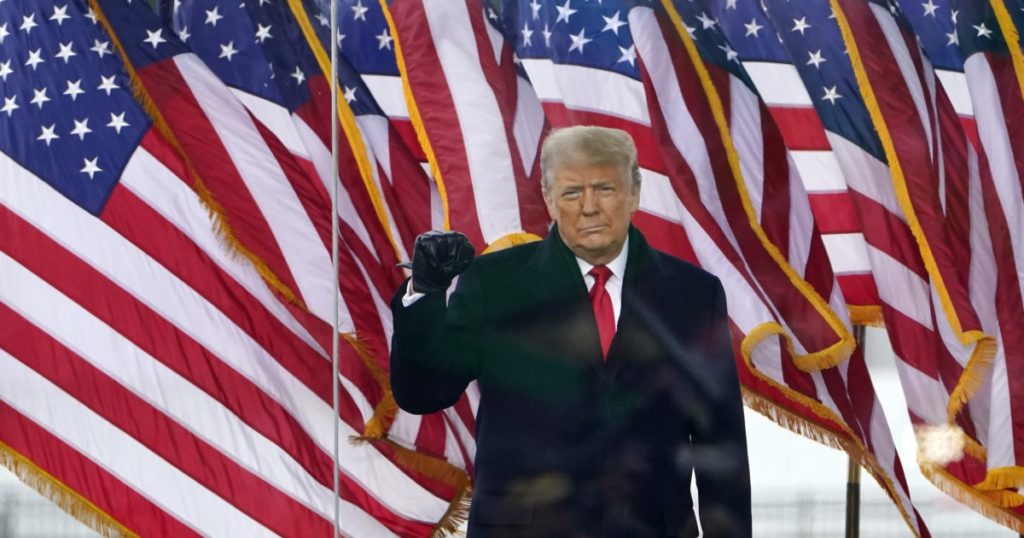 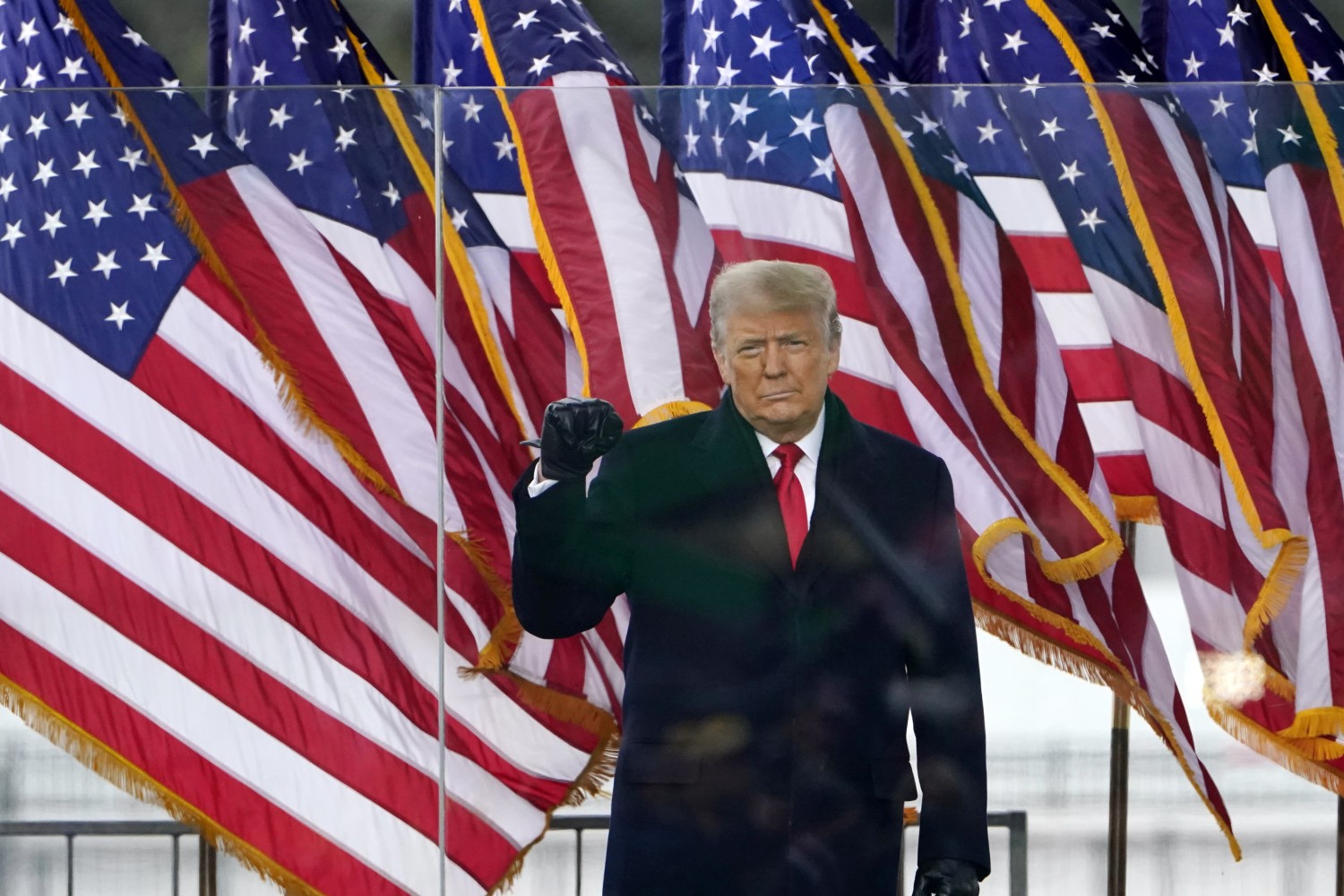 If you give the devil a ride, sooner or later he’s going to want to drive.

I heard that phrase from the pulpit when I was a teenager, and it’s resounded in my head as I moved through life: Don’t venerate the hoodlums, don’t dabble in wrongdoing, don’t give your heart to someone whose values you can’t trust.

I thought about the aphorism a lot this week, as our boasts about America’s singularly great democracy began to look like so much sanctimony.

I guess Donald Trump’s minions never heard my pastor’s advice. Trump’s fervent supporters — and the Republicans who represented them in Congress — were so eager to bask in his orange glow, they handed Trump the wheel and then cheered as he steered us off a cliff.

This week the ugly result of their devilish pact played out with stunning ferocity, for all the world to see: The edifice of our democracy was overrun by MAGA thugs who refused to accept that a majority of American voters decided it’s time to shove Trump out of the car and take away the keys.

It’s to our credit that we didn’t let the chaos disrupt our age-old process of democracy. Legislators, who’d been forced to barricade chamber doors and cower under their desks, reassembled and worked through the night to certify the election of Joseph Robinette Biden Jr. as our nation’s next president.

But what happened Wednesday — a coup attempt by domestic terrorists, ignited by a sitting president — can’t be downplayed or twisted over time into some kind of symbol of American resilience.

It’s a window, instead, into the challenges we face as we blindly pursue the notion that America’s success rests on some storybook sense of unity.

The truth is our country has been driven by division for most of its history. We’ve been saddled with a hierarchy aligned with white entitlement, and now we need once and for all to dislodge it.

As I watched the mobs of white men, in MAGA gear and camo garb, scaling Capitol walls, shattering windows and throwing punches at cops, anger filled my chest and sobs caught in my throat.

But it wasn’t just the assault on democracy that choked me up; it was the reminder that even in our country’s most volatile moments, white skin provides a sense of invulnerability that Americans like me will never know.

As hoodlums boldly stormed the Capitol on Wednesday afternoon, rummaging through Nancy Pelosi’s office and lounging in Mike Pence’s seat, the police seemed unprepared and oddly restrained. Where were the rubber bullets, the tear gas, the bone-crunching batons — tools swiftly and aggressively employed during last summer’s Black Lives Matter protests?

If I’m being honest, a part of me wanted to see blood on the floor. I couldn’t help but envision how different the police response would have been if these folks laying siege to the Capitol had been Black. There would be body bags in the halls of what Biden called our “citadel of liberty.”

On some level, I wanted these spoiled seditionists put in their place, turned back as violently as they’d entered the Capitol, given a taste of what “law and order” — not as a slogan but as Black people have experienced it for hundreds of years — really feels like.

During four days of protests in Los Angeles last spring, after the death of George Floyd, the LAPD made 2,700 arrests — the vast majority for violating curfew or refusing to disperse.

In Washington on Wednesday, only 83 people, in a crowd that numbered into the thousands, were arrested by district and Capitol police. The rest were treated like unruly toddlers, rebuked but indulged.

If I try really hard, I can imagine what those Trumpers must feel, as the reign of their great white hope nears its end. The desperation, the anger, the knowledge that their ranks are shrinking, the fear of losing their dominance in a nation they’ve always believed was built for them.

And now that this temper tantrum is over, we need to come to grips with the intensity of their loyalty to Trump and the visions of 1950s America he invokes.

However much some Americans long to turn back the clock, that’s not going to happen. You only need to look at the numbers — rising immigration, more interracial marriage and integrated suburbs — or track our evolution in the faces we see in commercials, movies, music clips and sporting events.

A power shift is gaining momentum, fueled in part by rising white consciousness. Consider the multiracial crowds that turned out last summer in every corner of this country to protest police brutality. Witness the history-making election in reliably Republican Georgia this week; the red state elected its first Black and Jewish senators, both of them Democrats.

We’re knee-deep in politics right now, but what happened in Washington on Wednesday has a relevance that goes far beyond electioneering. CNN commentator Van Jones articulated it best:

“We don’t know what we’re looking at yet. Is this the end of something? Or the beginning of something? Is it the death throes of something ugly in our country … or are these birth pains of a worse disorder?”

That is the question we have to answer — not only at the ballot box, but in our everyday lives. There is no Pollyannaish path through the mess we’re in, no shortcut to the right route.

I’d like to believe in President-elect Biden’s kumbaya views; his insistence that we are more alike than different, that the table in this country is big enough to accommodate a broad range of conflicting views.

Like Biden, I’m hoping we’ll find ways to work together, to give everyone a seat at the table, to let all our voices be heard. I’m willing to do my part, to try to find common ground with those whose views don’t align with mine.

But something shifted in my thinking this week. Some Americans simply can’t be drawn into the big tent. It’s better to move forward without them than to try to make peace with “patriots” willing to upend our democracy.

What kind of common ground can we find with people who believe that a cabal of Democrats meets regularly in a pizza joint basement to abuse little children, or refuse to accept the legitimate results of the most closely inspected election in U.S. history?

Yes, we should try to all get along. But you won’t catch me giving the devil a ride.