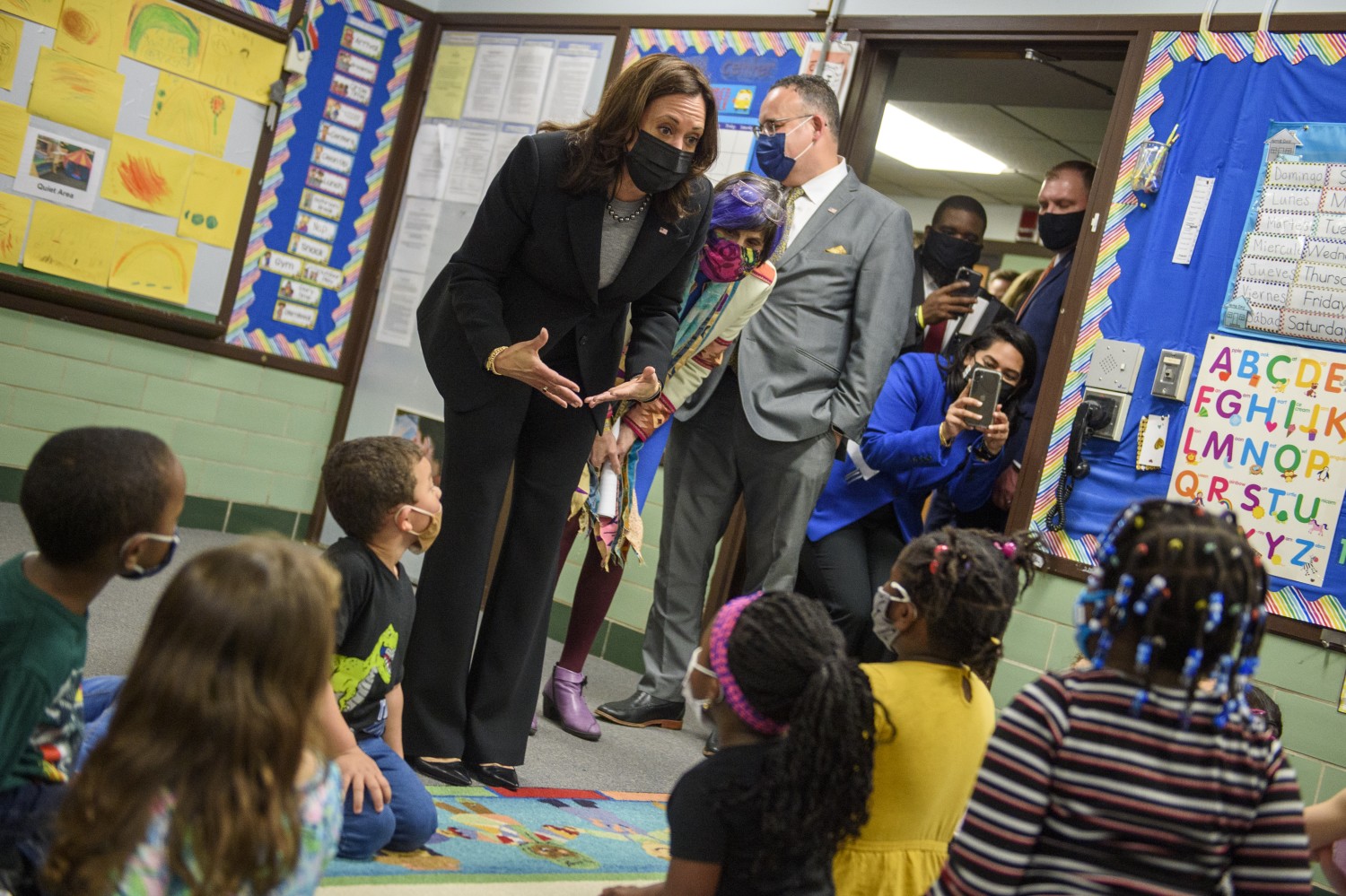 As a candidate for president, Kamala Harris was adamant. Once she assumed office, she said, Congress would have 100 days to pass sweeping gun control legislation. If lawmakers failed to act, she vowed, she would do so unilaterally through executive action.

“They’ve had years to figure it out,” California’s then-senator declared at a 2019 gun safety forum. “If they can’t figure it out in 100 days, I’m taking action with no apologies whatsoever.”

There is, of course, a vast difference between the technicolor rhetoric of campaigning and the gray reality of governance.

The morning after 10 people were slaughtered at a Boulder, Colo., supermarket, Vice President Harris appeared on “CBS This Morning,” where she called on Congress to pass legislation banning assault weapons and strengthening the background checks needed to buy a gun. Enough, she said, with the false choice between regulating firearms and repealing the 2nd Amendment.

Harris repeatedly dodged, however, questions about unilateral actions that President Biden might take given the extreme likelihood the Senate, split 50-50, does nothing whatsoever.

There were no vice presidential ultimatums should lawmakers fail to act by the 100th day of the administration, April 30.

It was neither the first — nor, surely will it be the last — time that Harris displayed the deference and zippered lips expected of the president’s understudy. It is Biden who sets the administration’s priorities and controls the agenda. It is Harris who is expected to fall in line.

After the CBS interview, at the president’s first full-fledged news conference, Biden was asked what actions he would take after mass shootings, less than a week apart, in Atlanta and Boulder. “It’s a matter of timing,” he said, declaring that infrastructure repair, not addressing gun violence, would come next on his legislative to-do list.

The response was greeted with dismay by gun control advocates, who doubtless would prefer the kind of bold-stroke measures the vice president had promised as a presidential hopeful.

But asked the next day about the “very creative, aggressive” ways she had spoken of using executive action, Harris turned the discussion away from guns to the purpose of her visit with schoolkids in Connecticut, promoting the administration’s pandemic relief package. “I think the president has been quite obvious in his intention to be bold,” Harris told reporters, as she quickly moved on.

(She also allowed as how Biden did a “really great job in his press conference yesterday,” noting he “answered everything for over an hour” — the kind of praise that has become another job requirement of the modern vice presidency.)

Harris made curtailing gun violence a major theme of her White House bid, which came as a pleasant surprise to those who pursued tougher gun laws in Sacramento.

Harris was “cautious but helpful” during two terms as California attorney general, said Amanda Wilcox, who helps lead the state chapter of the Brady Campaign to Prevent Gun Violence. “She wasn’t out there pushing the envelope. But overall she was fine.”

Establishing herself as a champion of gun control was a way for Harris, as a former prosecutor, to enhance her liberal credentials in a large and crowded Democratic primary field. (Though others, most notably former Texas Rep. Beto O’Rourke, ventured even further left.)

But her stance was also a matter of deep personal conviction. Harris’ time as San Francisco district attorney, surveying countless crime scenes and autopsy photos, left a powerful impression. She was particularly shaken by the murder of 20 children and six staff members at Sandy Hook Elementary School in Connecticut in 2012.

“They should have closed the chambers of Congress, on the House and the Senate side … and spread out the autopsy photos of those babies and require them to look at those photographs,” Harris said at a 2015 campaign appearance during her run for U.S. Senate. “And then vote your conscience.”

That passion carried over to her campaign for president, though it sometimes collided with the hard truth of getting things done in an epically divided Washington — a fact Biden, no less, saw fit to point out.

“Some really talented people are seeking the nomination,” Biden said in an August 2019 interview with Black political reporters, but “you have no constitutional authority to issue that executive order … ‘I’m going to eliminate assault weapons.’ Can’t do it by executive order, any more than [President] Trump can do the things he’s trying to do by executive order.”

Asked about that remark the following month during one of the Democratic debates, Harris responded mirthfully. “Hey, Joe,” she said, with a laugh, “instead of saying, ‘No, we can’t,’ let’s say, ‘Yes, we can!’”

Harris is used to being her own boss. It’s been that way since she was elected district attorney in 2003. But Harris has always been a willing student. Those who know her well say she has settled comfortably into the role of vice president, mindful of its constraints, including — not least — never getting out ahead of the president.

If Harris is still giving Biden the sort of exhortatory advice she delivered on the debate stage, on gun control and other issues, she’s doing so privately, behind closed doors.