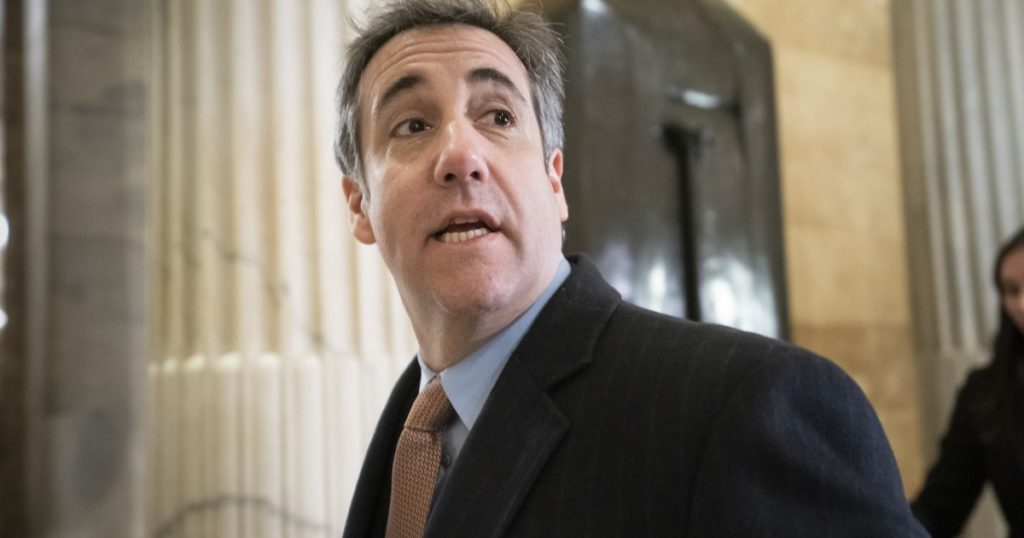 One of the symptoms of trauma in combat veterans and abuse survivors is an inability to laugh.

In “The Body Keeps the Score,” trauma expert Bessel van der Kolk explains that trauma survivors fear relaxing, convinced that they have to be vigilant so they don’t experience painful memories. “It takes tremendous energy to keep functioning while carrying … the shame of utter weakness and vulnerability,” he writes.

Mary Trump, a licensed psychologist and niece of Donald Trump, says the former president doesn’t laugh for similar reasons. “When you are able to laugh, you’re also letting your guard down,” she writes. That was frowned on in the Trump family.

It has been heartening to witness, in the last few days, as Trump hangers-on — abuse survivors themselves, arguably — have been overcoming the tacit prohibition on laughter. These former Trumpites seem unburdened, lighter and looser as they come out from under his control.

Describing the heart-stopping trauma of being in the Capitol during the attempted coup Jan. 6, Cheney told ABC News this week that she resolved there and then to withdraw her support from Trump and his lies. “It’s my responsibility as a leader to lead and, and to tell the truth.”

Though Cheney was recently condemned by the former president as “bitter” (and worse), she looks relaxed, focused and confident. She says she regrets voting for Trump. She laughs robustly about her father’s blind support of her.

Then there’s Cohen’s even more striking story. He denounced his former idol in 2019, and now, like Cheney, he seems committed to a strenuous program of moral liberation: telling the truth.

This is the “personal nonparticipation in lies” that Russian dissident Alexander Solzhenitsyn described as his act of rebellion against the Soviet Union.

Nonparticipation in lies cannot have come easy to Cohen, who once described his job as a lawyer in the Trump Organization as “lying for Mr. Trump.”

Cohen once even said he’d die for Trump, though as another Trump advisor said, “Donald goes out of his way to treat [Cohen] like garbage.” Cohen’s own accounts have made clear that for years he was caught in a cycle known to many children of abuse: Defend your enemy, the one who treats you like trash.

But then, two years ago, Cohen finally hit his limit.

On Feb. 27, 2019, he appeared before Congress. He had just been sentenced to three years in federal prison after pleading guilty to tax evasion and campaign finance violations. He had lied, he testified, and he had deputized himself to “a racist, a con man and a cheat.”

At the tail end of Cohen’s painful testimony, Rep. Elijah Cummings (D-Md.), then chair of the House Oversight Committee, offered him tentative forgiveness.

“You come saying, ‘I have made my mistakes, but now I want to change my life,’” Cummings told Cohen. We would be failing as a nation if we “did not give people an opportunity after they’ve made mistakes to change their lives.”

Cummings urged Cohen to see his travails as something that happened for him, not to him. Fealty to Trump, Cummings concluded, was “a part of your destiny. And hopefully this portion of your destiny will lead to a better Michael Cohen … and a better world.”

The hearing was televised. Cohen didn’t laugh that day. His face was frozen. He teared up.

But Cummings, who died of cancer eight months after the hearing, was right: “A better Michael Cohen” has emerged. On Wednesday on MSNBC, there he was, commenting on, among other things, the revelation that the New York attorney general’s office has added a criminal investigation to its civil investigation of possible fraud at the Trump Organization.

Cohen appeared to be solidly on the path Cummings hoped he’d navigate. Serving his prison term under house arrest because of COVID-19, Cohen, in casual clothes, in a comfortable Zoom setting, was remarkably at ease talking to Joy Reid.

He laughed off Trump’s latest effort to savage him for disloyalty and didn’t snipe back. Instead, Cohen condemned his former boss’ “continuing promotion of the Big Lie” — the outlandish agitprop about election fraud and Joe Biden’s legitimacy in the White House.

Cohen embodied the enormous release of tension that comes when lying stops and fear abates. The deplatformed, disgraced and defeated has-been Trump has no power over him any more.

But Trump continues to cast an uncanny and dangerous spell over a big swath of Republicans. Many who were hurt or threatened by him obsess about — and even try to placate or aggrandize — their aggressor. Among a segment of the rank and file, his belligerent appeal and power hasn’t waned.

Let Michael Cohen and Liz Cheney, and the stands they‘ve taken, show a traumatized nation a way out. It’s a hard road, but it’s the only path to integrity and well-being. Addressing what PTSD researchers call moral trauma requires admitting mistakes and accepting consequences. But the rewards, including integrity and peace of mind, are worth it.

It’s simple but not easy. First, you stop participating in lies.