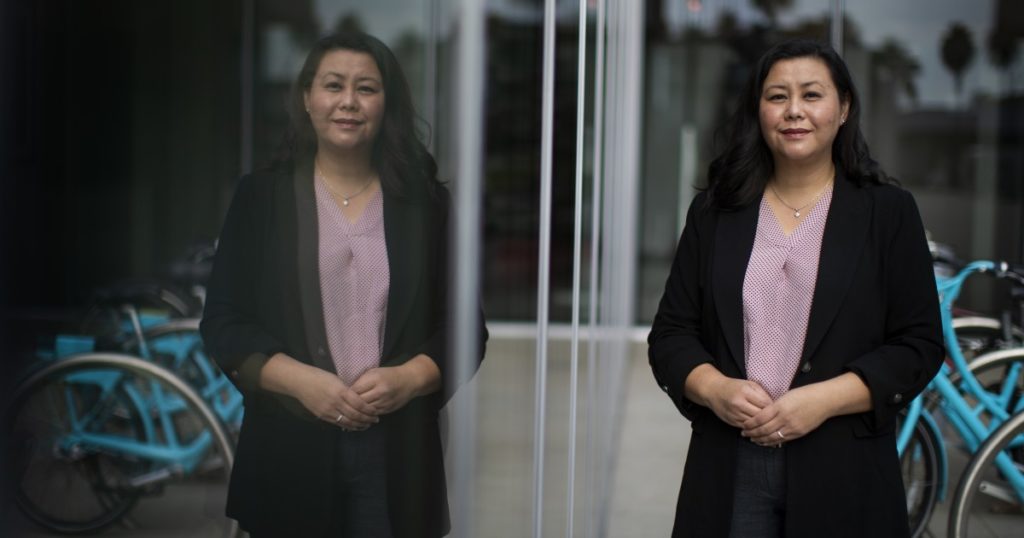 As the primary English communicator of her Cambodian American family, Suely Saro became accustomed to speaking up at a young age.

First, it was the kindergarten lunch tickets she had to request for her and her brother. In elementary school she was placed in the English learners class and had to petition to be moved out of it. A few years later she spoke up to argue her way into the honors classes that she needed for college.

Soon she was preparing income assistance applications and other official documents for her parents, other family members, and even the friends of family members. She learned that there were people whom government reached, and those it did not.

“I felt a sense of responsibility to ensure that not just my parents but that the whole community was protected and advocated for. And that eventually extended to everyone who was marginalized or disenfranchised,” Saro said.

But the symbolic importance of her story is not lost on her. Like a lot of Cambodian Americans in Long Beach, Saro was born in a refugee camp in Thailand, and her parents worked at factories and sweatshops after settling in America. Her candidacy made headlines on Cambodian TV networks and newspapers, sending ripples of pride through a global diaspora hungry for examples of success.

She wants her story to highlight not just the struggles of Cambodian refugees but also how their sons and daughters are strengthened and shaped by the experience.

“People are so used to perceiving us as a population of need, as victims. But we’re diverse like any community. We can be elected officials and artists,” Saro said. “I think there’s a perception that we’re somehow afraid of the government. I can testify to the fact that that is not true.”

Representation, in the Cambodian American community, can be a complicated subject. One legacy of the “killing fields,” a five-year campaign of terror and genocide in the 1970s that left nearly 2 million Cambodians dead, is the shame that survivors carry into their new homelands.

That painful history leaves survivors and their children hungry for reasons to be proud of their culture. So I’ve heard more than a few young Cambodian Americans wonder why Cambodian chefs always seem to market their restaurants as Thai food, which is perceived as more mainstream. I’ve dined at countless Cambodian doughnut shops and fried chicken joints across the Southland but never seen anyone offer nom kong, a Cambodian pastry that closely resembles a doughnut.

So I decided to call up Huey Behuynh, a second-generation Cambodian American entrepreneur who runs Knead Donuts, a gourmet doughnut shop in Long Beach. He was surprised that I was asking about nom kong. His family has run doughnut shops for decades and never thought to offer it.

But serving a Cambodian dish was just not that big of a deal to him. In fact, he offered to make it for me, and we quickly became embroiled in a conversation about whether there was a market for the pastry, which is made of rice flour and has the chewiness of mochi.

I realized that the assumptions embedded in my question just didn’t seem relevant to Behuynh. It’s not that he doesn’t value his culture and love nom kong. He and his family members who run doughnut shops would have sold the pastries if they thought anyone wanted to buy them. They have always done whatever job was needed to survive.

Behuynh, 47, arrived in the country as a refugee. He dropped out of high school to become the main breadwinner of his family at the age of 17 when his father was hurt in an accident. He has worked as a Realtor, a contractor, an insurance agent, a police officer, and for a while helped run his family’s restaurant in Cambodia Town, the banquet hall Siem Reap.

Behuynh never imagined that he could make a living and celebrate his culture at the same time. Assimilation into white, mainstream American culture was a matter of survival, Behuynh said.

But at Siem Reap, his family’s restaurant, they served a rice noodle dish that most customers recognized as pad Thai, a Thai dish. But the Cambodian version is less sour, more sweet, with a slightly drier texture and a completely different history, popularized as portable lunches for students in Cambodia. Behuynh said his family insisted on calling the dish by its Cambodian moniker, student noodles, because it was an important expression of their culture and history.

“Back when I was growing up, there was no such thing as Google. Nowadays, people want to try something different. You got to put it out there. Cambodians are on the map,” Behuynh said.

After agreeing to come try Behuynh’s nom kong soon, I asked him another question about representation, this time about Saro’s campaign.

Behuynh’s response was significantly more enthusiastic. He spoke of trying to shake off a mentality of helplessness that sometimes comes from growing up in a refugee camp, and how Saro’s victory was empowering for people who experienced that. And he reflected on his daughter, who recently became the first person in his family to attend a four-year university.

“We have always been neglected, trying to survive, afraid to ask for help. The Cambodian community never asks for things, sadly. So this is a good direction for the community, where she’s going. It’s encouraging future generations to see what’s possible,” Behuynh said.

I guess I shouldn’t be so surprised that this question yielded a more meaningful answer than my inquiry about doughnuts. And it reminded me that when we talk about representation in the Asian American community, we need to look beyond positive affirmations of our cultures and toward the material needs of our communities.

Saro and Behuynh share a culture, but they both are also more concerned about high school graduation rates than affirmative action policies at elite colleges. They both have heard of nom kong; more important, they share the experience of growing up in cramped apartments with multiple families.

I asked Saro about what her candidacy meant to two Cambodian Americans in particular: her parents.

“They’ve never felt like they’ve been a part of America,” Saro said. “I hope this begins to change their perspective.”