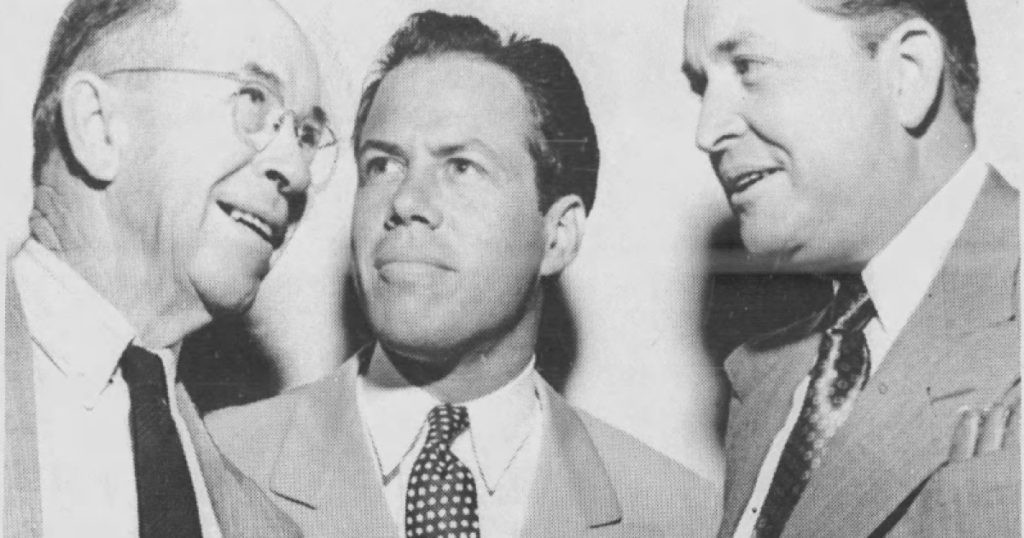 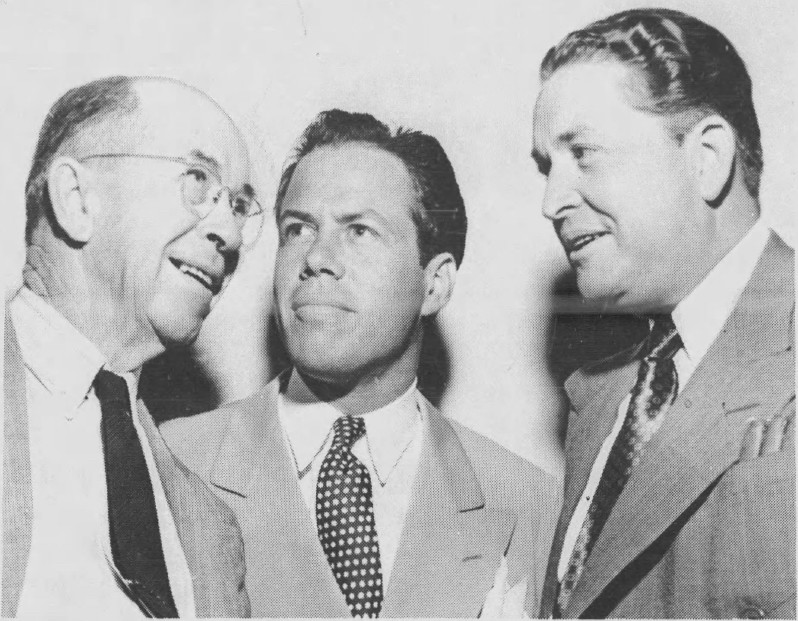 Any time a Republican politician stands up to the rot of today’s GOP, the ghost of Thomas Kuchel smiles.

In the 1960s, when the “red scare” remained ascendant and the John Birch Society was taking over the GOP, the California U.S. senator made national headlines as one of the few conservatives willing to criticize them. And not with the winking tut-tuts that Sens. Mitch McConnell (R-Ky.) or Kevin McCarthy (R-Bakersfield) have offered against Donald Trump and freshman Georgia Congresswoman Marjorie “Jewish Space Lasers Cause California Wildfires” Taylor Greene.

No, Kuchel thundered with righteous disgust.

He called the right flank of the GOP “a fanatical neo-fascist political cult…driven by a strange mixture of corrosive hatred and sickening fear that is recklessly determined to control our party or destroy it.”

The World War II veteran described the GOP’s nomination of Barry Goldwater to head its 1964 presidential ticket as a “tragic interlude” of “intellectual sterility.”

Kuchel declined to endorse conservative titans like Richard Nixon or Ronald Reagan when they sought California’s gubernatorial seat because they wouldn’t denounce the crazies within the GOP ranks.

And the Anaheim native took these stances when the stakes could cost him, unlike the Republicans of today, some of whom blasted Trump for his role in the Jan. 6 U.S. Capitol insurrection, yet couldn’t find the moral courage to vote to declare the former president guilty.

He offers modern-day dissenters like Utah Sen. Mitt Romney or Fullerton’s Rep. Young Kim — one of just 11 Republicans to vote to strip committee assignments from Taylor Greene, and the only one from California —a profile in courage. And also a warning:

Beware of standing up for democracy when attacking your GOP. Or you’ll become as forgotten as me.

In any normal universe, schools and parks and more would bear Kuchel’s name across Orange County, or at least a plaque at Anaheim High School (his alma mater and mine).

The grandson of a German immigrant remains the last U.S. senator to win all of California’s 58 counties, which he did in 1962. He served 16 years — the third-longest tenure of any GOP senator from the Golden State — and was the Republican whip for a decade. His 40 years in political office included stints as an Assembly member, a state senator, state controller and chairman of the Republican state Central Committee.

The California GOP should hold him up as a paragon of good governance, an example for voters and elected officials to follow. Instead, state Republicans long ago purged Kuchel from their history.

His political career ended in defeat not to a Democrat, but in the 1968 primary election against then-state Superintendent Max Rafferty. Republican leaders, donors and activists drafted the arch-conservative to take revenge on Kuchel, whom many dismissed as a “comsymp” — a communist sympathizer.

In explaining the GOP’s gag reflex to him, Kuchel’s track record reads like a watered-down version of Rep. Alexandria Ocasio-Cortez’s. He supported the creation of Medicare, the Civil Rights Act and a ban on nuclear tests. In one of his final acts as U.S. senator, Kuchel helped to designate thousands of acres of forests in Humboldt County as a national park, arguing on the floor of the Capitol that it was the right thing to do “because God’s magnificent, awe-inspiring Northern California virgin redwood giants ought to be preserved for humanity, rather than be chopped down from mountainsides to be made into 2 by 4’s.”

He was one of the last torchbearers — and not the tiki torch, Proud Boys-embracing variety — for a Republican Party that viewed government not as an evil to pick at like a scab, but a force for good. As an expression of a glorious, bipartisan experiment in liberty that had no room for lunatics.

No wonder the Republicans hated him then, and don’t bother with him now.

Kuchel knew about the dangers of real threats to democracy, instead of the imagined ones spewed by Birchers then and QAnonsters today. His father was a newspaper publisher who battled the Ku Klux Klan when the Invisible Empire took over Anaheim during the 1920s. So it was just as important for Kuchel to use his platform to battle the enemy within the conservative movement as it was to advocate for Californians in Washington.

“If the grand old Republican Party were to become a shriveled, shrunken, impotent political haven for an anachronistic few,” he once said, in words that ring ever truer today, “then vast changes, and not for the good, would enter our way of life.”

James Utt, his congressional Orange County contemporary, didn’t like that. He lambasted Kuchel’s speech on the House floor as “a brazen attempt to smear millions of patriotic Americans by innuendo.”

Then again, Utt had written in a newsletter to constituents that the United Nations was training “bare-footed Africans” in Georgia to take over the United States. That rant earned Utt national ridicule — but won O.C. for the crazies for decades.

Kuchel left politics altogether after his 1968 defeat, and became so forgotten that the Los Angeles Times erroneously listed him as dead in 1977, an error that he told the paper afterward was “a slight exaggeration.”

All these years later, Kuchel remains a leper to the O.C. GOP. I couldn’t get a response from current chairman Fred Whitaker about whether he teaches his current crop of elected officials about Kuchel or even offers an award in his name. I figured Anaheim Mayor Pro Tem Stephen Faessel — who’s written four history books about his hometown, and practices the type of moderate conservativism that Kuchel mastered — would have some thoughts on his fellow Anaheimer.

Instead, Faessel punted on the chance, writing in an email, “I never researched or studied him at all so I am a extremely poor choice to interview.”

The only marker to Kuchel’s career is more than 700 miles away from Anaheim: a visitor center in Orick, Calif., named after him at Redwood National and State Parks. It’s as metaphorical an exile as possible.

But Kuchel would have taken it in stride.

“Some of the votes I have cast I know have been very costly to me politically,” Kuchel said in his 1968 farewell address to the Senate. “I think it is … vital that the Senate of the United States lead public opinion instead of following it.”