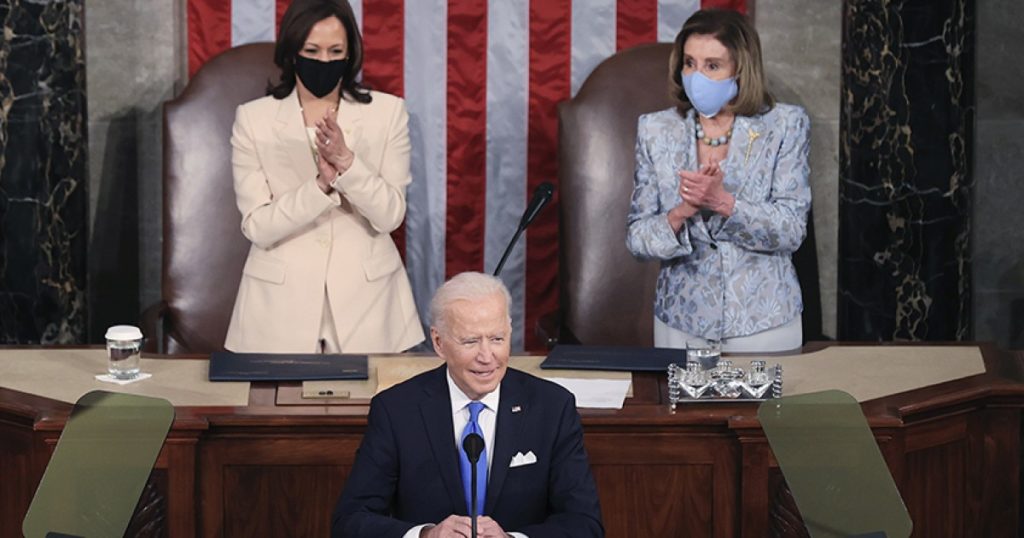 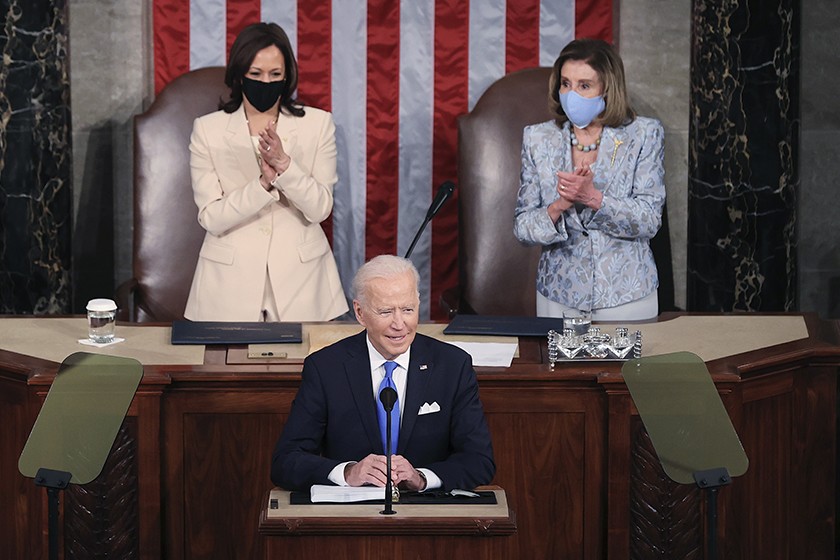 There was a smart line, almost a throwaway, in President Biden’s address to Congress on Wednesday night. It sheds light on the whole project of American democracy. But not with patriotic pieties. And Biden didn’t evoke a grand movement he himself had built, the way former Presidents Obama and Trump might have done. Instead, he highlighted one of the shortcomings of our system of government.

“Autocrats think that democracy can’t compete in the 21st century with autocracies, because it takes too long to get consensus,” Biden said.

By highlighting the chief problem with democracy, Biden also reminded his fellow Americans of its strengths. A leader in a democracy accomplishes goals by getting buy-in from many sides. That’s the route to legitimacy. Unlike autocrats, successful American presidents don’t govern by stifling dissent, the media or the vote; they don’t threaten punishment or dangle pardons; and they don’t humiliate their rivals via Twitter. This isn’t because they’re nice guys. It’s because they’d forfeit real authority if they did these things.

Autocracies and their leaders work swiftly. While hard-selling the people on gauzy movements such as communism or Trumpism, they proceed by fiat (in China) and executive order (in the U.S.) to bend people to their will.

But that’s because the authority of autocrats is illegitimate. They don’t have the faith of the majority. Autocrats move fast, but they don’t really govern. They’re too busy doing the things that keep a death grip on power, knowing it can be lost in a heartbeat through a popular uprising or to a military junta.

Biden did not take direct aim at Trump as a would-be autocrat. But toward the end of his address, he summed up the last four years this way: “We’ve stared into the abyss of insurrection and autocracy, pandemic and pain” — leaving little doubt about which administration represented that abyss.

Then he pivoted, praising America’s democracy, not as an ideal, but for its tactics.

He didn’t cite his administration’s achievements as a triumph for progressivism or liberalism or pluralism, but as a triumph of “the logistics.” Not a romantic concept. Still, Biden managed to make it inspiring.

“Because of you, the American people, our progress these past 100 days against one of the worst pandemics in history has been one of the greatest logistical achievements this country has ever seen.”

And how was this highly specific goal met? “Thanks to the help of all of you,” he said. Consensus, of a sort.

Biden is rapidly proving he’s a president of elbow grease, not pie in the sky.

Leaders of both parties recently have aimed to enlist us in grandiose abstract projects — including the war on terrorism and innovation for its own sake. These “ideals” can easily register as empty, overblown and partisan, and can alienate or bore swaths of the population.

By contrast, Biden’s campaigns don’t require lofty ideological devotion to a movement. Subduing the pandemic, returning to normal life, fixing infrastructure, creating jobs — for now, at least, these things don’t demand religious conversions from American citizens. No one needs to give up their personal worldviews to pitch in.

The Biden-Harris administration doesn’t proselytize about theories, only actions. There isn’t a lot of preaching on MSNBC, no staged reelection or cult-of-personality rallies. That would waste time better devoted to nuts-and-bolts governance, such as distributing vaccines or upgrading the electrical grid.

In 1995, the philosopher Richard Rorty made a persuasive case for campaigns over movements as a strategy of change.

“Most of us, when young, hope for purity of heart,” Rorty wrote. “The easiest way to assure oneself of this purity is to will one thing — but this requires seeing everything as part of a pattern whose center is that single thing.” Every move, then, serves the ideal: socialism, Christianity, free trade.

“By contrast,” Rorty continued, “campaigns for such goals as the unionization of migrant farm workers in the American Southwest, or banning big trucks from the Alps, or the overthrow … of a corrupt government, or legal recognition of gay marriage, can stand on their own feet.” They are about getting stuff done.

Consensus in a heterogeneous nation can be elusive. Politically, it seems like a far-off fantasy, especially in Congress, where too many of our elected representatives seem committed to obstructionism or Trumpian frivolity and bile. But tied to “the logistics,” Biden has succeeded so far because of “the help of all of you.”

It’s been a long time since we had a president make a robust case for the tactics of democracy, of this kind of orderly, line-by-line governing. For four years Trump so idolized autocrats that he openly held the apparatus of democracy — a free press, a working, independent judiciary and, good grief, even free and fair elections — in contempt.

Biden is steadily working to jog our collective memory about why American democracy exists, what it consists of.

This is how it operates: Our elections and procedures legitimize our leaders, as they did Biden, as ideologues from Sen. Bernie Sanders (I-Vt.) to Sen. Mitch McConnell (R-Ky.) recognize. That legitimacy gives the president a firm foundation on which to orchestrate not a self-aggrandizing movement or hazy “isms” but campaigns for employment, infrastructure and an end to COVID-19. These efforts don’t come with razzle-dazzle and rhetoric but with plans and charts — “the logistics.” Our government at its absolute best is not all that glamorous, and no, not fast. It’s just effective.