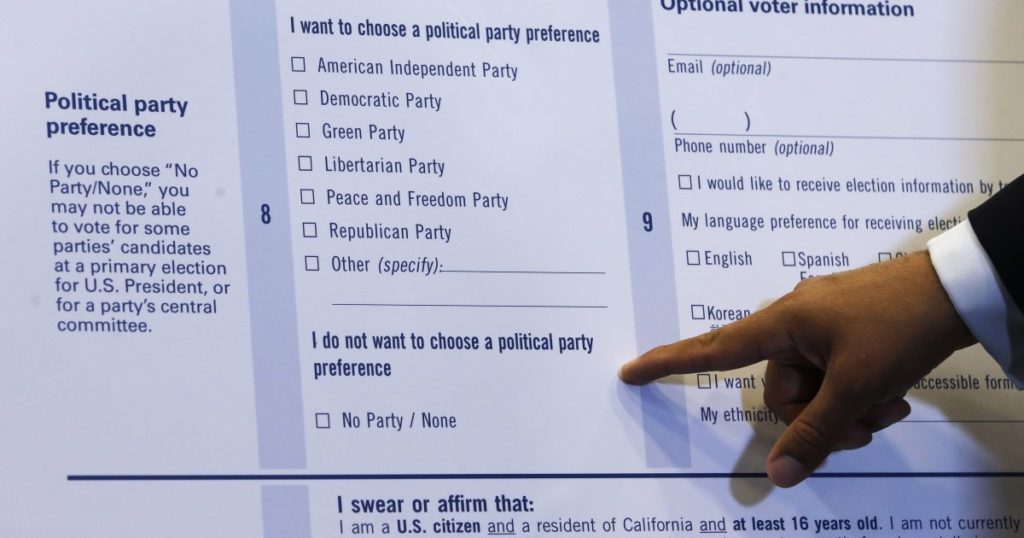 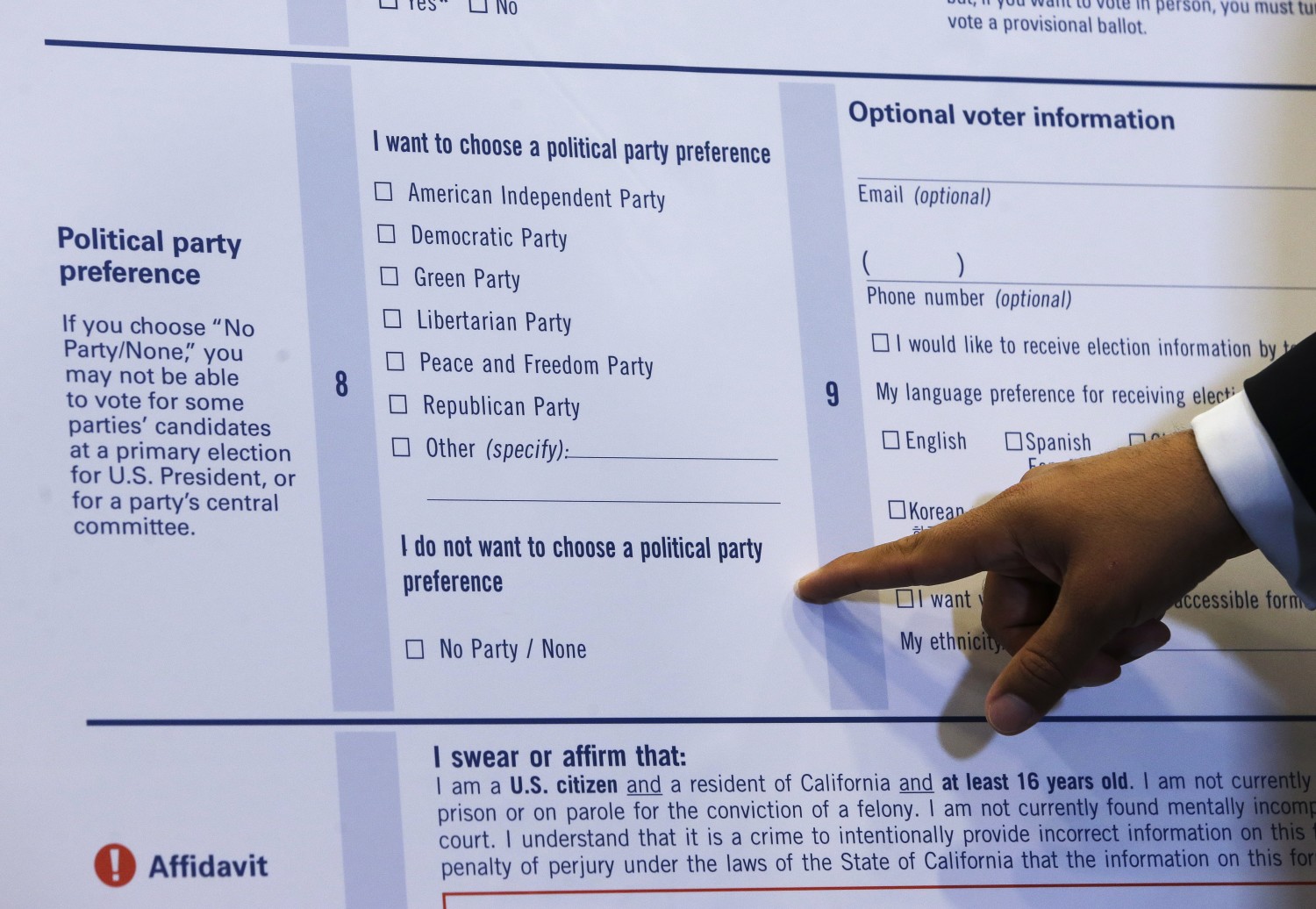 If you’re the kind of person who boasts about being a political independent, this may be hard to hear: You’re part of the problem.

This no doubt will come as a shock in part because independents get such fantastic press. And that in itself is odd, given that independents have no party, no official PR machine and no clear leader. They don’t even have a coherent ideological platform.

In recent decades, the most prominent independent politicians have been all over the map. Illinois Rep. John Anderson, once upon a time a liberal Republican, and Texas billionaire Ross Perot ran for president as independents in 1980 and 1992, respectively; they were hardly on the same page. In 2000, Donald Trump, who has flipped parties again and again, changed his registration from Republican to the Independence Party for his initial presidential campaign (contrary to his own mythmaking about winning the presidency the first time he tried). Avowed socialist Sen. Bernie Sanders is an independent, even though he caucuses with Democrats and runs for president in their primaries. Former wrestler, Minnesota governor and now professional crackpot Jesse Ventura has identified as an independent, too. Ditto Ralph Nader. Libertarians have also claimed the independent mantle.

Maybe you can find the theme in that pudding, but I can’t.

And yet, self-declared independents are often cast as clear centrists residing in the respectable middle ground between the two parties. I think there are two reasons for this.

First, many in the media see themselves as independents; hence, they work from the assumption that independent voters are similarly wise and reasonable. Second, “centrist” used to apply to the category. In the 1980s and 1990s, independents were actual swing voters. Now, not so much.

In recent years, two kinds of independents have emerged: call them insurgents and moderates. The insurgents label themselves as independents, but 3 out of 4 of them tend to be reliable Democrat or Republican voters.

“Independents who lean toward a party also tend to back that party at almost the same rate as openly partisan voters,” notes Geoffrey Skelley of fivethirtyeight.com.

University of Memphis political scientist Eric Groenendyk notes that many of the most intensely partisan and polarized voters tend to not like their own party; they just think it’s the lesser of two evils. This makes them reliable voters against the other party but insurgents within their own.

If you paid attention in the 2000s, you could spot the insurgents. Self-declared outsiders running against the party establishment adopted the “independent” moniker.

“I’m an independent outsider who can bring real change to Washington,” Steve Forbes promised in the 2000 GOP primaries.

The rise of the tea parties made the rebellion obvious. When I’d speak to very right-wing tea-party audiences, I’d get barraged with questions about purging “RINOs” and “Rockefeller Republicans” like Paul Ryan, Mitch McConnell and John Boehner, despite the fact that they were the most conservative congressional leaders of the last century.

Presidential candidates Sanders and Trump were both insurgents; the chief difference was that Trump succeeded.

The insurgent boom puts the parties in a bind. Whether or not they are nominally independents, the insurgents chase moderates out of the party. Some will defect to the other party — as happened in 2020 — but many of them still opt to vote for the perceived lesser of two evils come election day. This means the party in question never pays much of a price for catering to the crazies, and it lacks meaningful incentives to change that. If the GOP were a healthy party, its losses in the Georgia Senate runoff would have been a cautionary tale about pandering to the noisy, whiny anti-establishment insurgency.

Meanwhile, the few truly moderate independents may still act as swing voters, as some former Republicans did in 2020. But they now have little institutional power within the Democratic Party — they can’t pressure President Biden to live up to his centrist promises. This makes them more likely to switch back to Republicans next time around (watch what happens in the 2022 midterms), without the GOP having to do much to earn their votes.

In the end, the insurgent/independent pressure may also radicalize moderates. Rep. Elise Stefanik (R-N.Y.), who just replaced Wyoming Rep. Liz Cheney as chair of the House GOP conference, came to Washington as precisely the sort of RINO from a liberal district the insurgents once detested. But thanks to Trump’s successful revolution, she — and her voters — now embrace him and his lies about the stolen election.

If true political moderates want to signal their virtue more effectively, they should stop declaring independence, pick a party, work to change it in their image and — by the way — remake the American center.