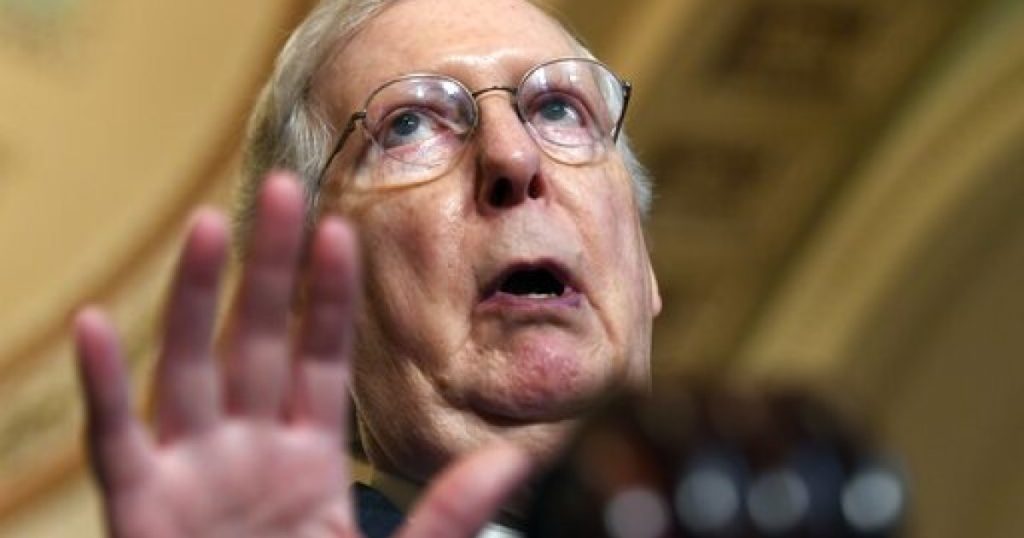 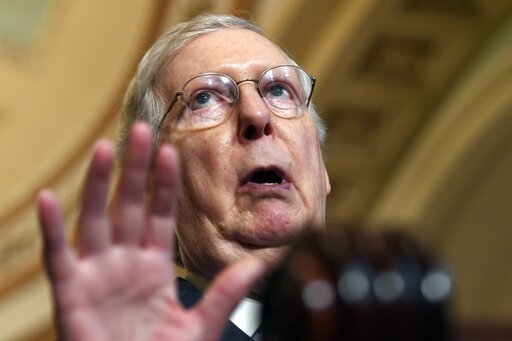 Groucho Marx isn’t often hailed as a political oracle. But you can’t tell me he wasn’t channeling the future Sen. Mitch McConnell of Kentucky in 1932, when he sang:

Your proposition may be good,
But let’s have one thing understood:
Whatever it is, I’m against it.
And even when you’ve changed it or condensed it — I’m against it!

That pretty well sums up how the Republican leader of the World’s Greatest Deliberative Body has greeted almost every proposal from the Biden administration.

McConnell hasn’t made a secret of his doctrine.

“One hundred percent of our focus is on stopping this new administration,” he said earlier this month.

That includes blocking even proposals that have bipartisan support, such as one that would establish an independent commission to investigate the Capitol riot of Jan. 6.

Such a probe would be a bad idea, McConnell said, because it would distract voters from President Biden’s policies, which he says will “turn America into a socialist country.”

“We think the American people, going forward and in the fall of 2022, ought to focus on what this administration is doing,” he said.

Fall of 2022, not coincidentally, is when the next congressional election will occur. The last thing McConnell wants is for Biden to have a list of accomplishments to brag about come election time.

Consider another proposal that has won bipartisan support: a police reform bill to address problems exposed by the death of George Floyd and other unarmed Black civilians at the hands of police. Biden asked Congress to pass a bill by Tuesday, the anniversary of Floyd’s murder in Minneapolis. It didn’t happen.

But McConnell and others in the GOP, determined to cast the party as the defender of law, order and “blue lives,” have opposed any significant change to “qualified immunity,” the judicial standard that makes it extremely difficult to sue police officers for their actions on the job.

And then there’s infrastructure spending, the biggest bipartisan priority on the table. In those negotiations, too, McConnell and his lieutenants are digging in their heels.

Biden started the bidding with a gigantic $2.3-trillion proposal that included not only roads and bridges, but also clean energy and home care for the elderly. Senate Republicans responded with an offer of $568 billion, less than half of which was new spending.

To be fair, both sides have engaged in shell games. Biden responded to the GOP offer by slicing half a trillion from his initial proposal, but he merely moved some of the deletions into another bill.

“There’s no goodwill on either side,” a congressional aide told me. “There’s a complete and utter lack of trust.”

The biggest stumbling block isn’t the overall number, but how to pay for all that spending. Biden wants to raise taxes on corporations and anyone making more than $400,000 a year; McConnell and other Republicans have dismissed that as unthinkable.

One mildly promising sign emerged on Tuesday: A bipartisan group of moderates including maverick Democrat Joe Manchin III of West Virginia said they were working toward a new compromise. But they are acting without McConnell’s support, which will make it difficult for them to attract the 10 Republicans needed to reach the Senate’s 60-vote requirement.

It’s not surprising that negotiations on ambitious legislation would be tough; they’re supposed to be. The problem is that only one party is behaving as if it wants to pass anything at all.

McConnell, in contrast, is rooting openly for Biden and the Democrats to fail. He’s revived the playbook he used against then-President Obama, when he saw obstructionism as a way to turn voters against the administration and toward the GOP.

From the standpoint of pure politics, that’s rational behavior. It helped Republicans win a majority in the House of Representatives in 2010 and in the Senate in 2014.

As Princeton political scholar Frances Lee has pointed out, when control of Congress is at stake, a minority party’s self-interest impels it to block the majority from achieving any success.

“Competition fuels party conflict by raising the political stakes of every policy dispute,” she wrote. “How can a party wage an effective campaign after … collaborating with its opposition?”

Besides, at a time when Republicans are divided over the legacy of former President Trump and the future of conservatism, McConnell needs a way to keep them together. It’s not always clear what Republicans stand for these days, except for low taxes.

But at least they know what they’re against: Biden’s big-spending agenda.

As Professor Groucho said — or, rather, sang: “No matter what it is or who commenced it, I’m against it.”