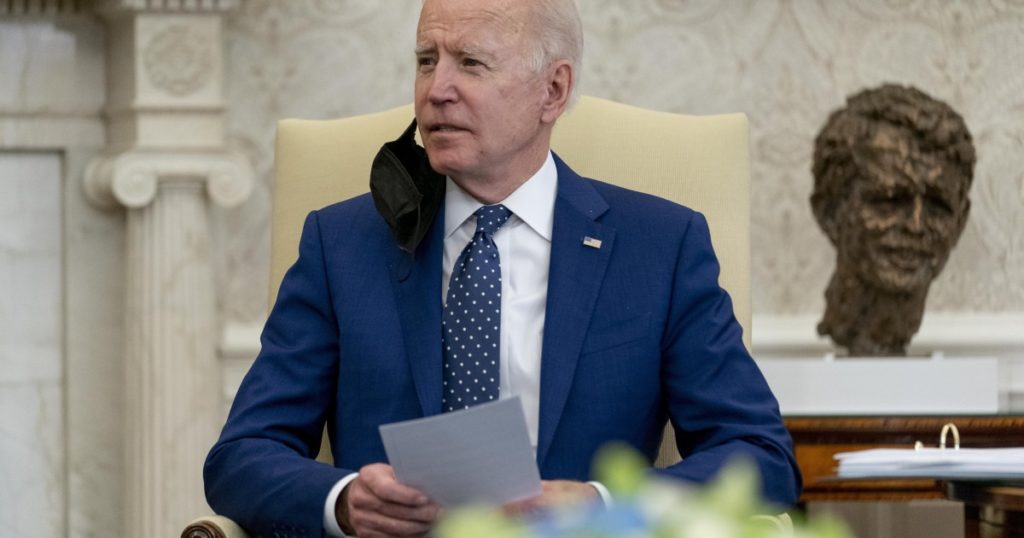 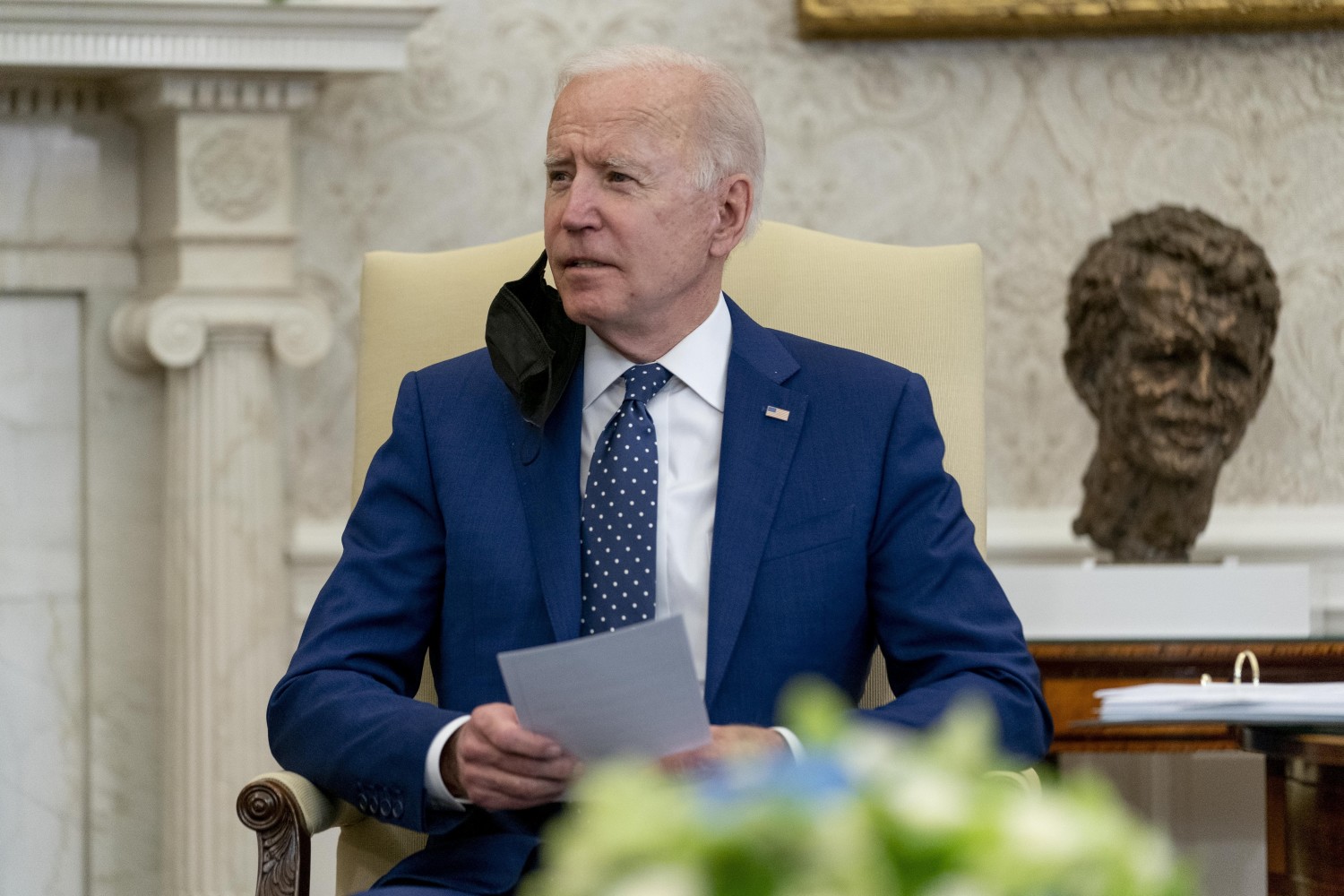 A president’s first 100 days are an arbitrary benchmark, a point of measurement journalists are fond of because it allows us to draw comparisons between the current officeholder and Franklin D. Roosevelt, the last chief executive whose first three months were truly momentous.

But in recent times, the 100-day trope has also been taken seriously by presidents — including both Donald Trump and Joe Biden.

During his 2016 presidential campaign, Trump promised that in his first 100 days he would repeal Obamacare, build a wall on the border with Mexico and persuade Congress to pass term limits.

None of those things happened, but Trump did outdo former holders of the office in one regard: producing unshirted chaos.

The headstrong new president imposed a ban on immigrants and travelers from Muslim countries, but it was quickly reversed by federal courts. He stripped federal funding from sanctuary cities, but that, too, was quickly challenged. His national security advisor resigned amid a scandal over secret contacts with Russian officials.

Soon enough, however, Trump disavowed his own self-proclaimed three-month deadline as a “ridiculous standard,” while at the same time insisting: “I’ve done more than any other president in the first 100 days.”

Biden, too, pledged quick action. He promised to deliver 100 million doses of COVID-19 vaccine in his first 100 days; when that proved too easy, he doubled the goal to 200 million (and reached it).

He promised COVID relief, and managed to push a massive $1.9-trillion bill through Congress without a vote to spare. He has proposed a $2.3-trillion infrastructure plan. And his approval in public opinion polls stands at about 54%, a higher level than his predecessor ever touched.

If Biden were simply being compared with his immediate predecessor, he’d be declared the winner of the 100-day race. But for all Biden’s unexpected boldness, his record doesn’t reach Rooseveltian standards.

FDR passed 15 major pieces of legislation in his first 100 days; Biden has passed exactly one. More important, while Biden’s relief bill is enormous in terms of dollars, most of its emergency provisions are only temporary. Unlike FDR’s New Deal laws, its programs — notably the family tax credit that promises to cut child poverty in half — won’t last a single generation unless the president persuades Congress to extend them.

“These have been emergency measures, justified by the pandemic,” noted Elaine Kamarck, a Brookings Institution scholar of the presidency. “We’ll know how durable this is when we see the fate of the infrastructure bill.”

Here’s another way Biden’s restoration of New Deal-style government has been limited: The new president’s energy has focused relentlessly on four priorities — the pandemic, the economy, climate change and race relations. Other Democratic priorities — immigration reform, gun control, a $15 minimum wage — have received moral support, but not much more. That narrow focus is one of the reasons for Biden’s success (unlike Trump, whose attention span was notoriously short), but it has produced frustration among progressives who hoped for more help.

Those who hoped Biden would produce a renaissance of bipartisanship have been disappointed too. The president has held affable meetings with Republican senators, only to opt for bills that could be passed without them. He’s made a hard-nosed choice that passing bills comes first; bipartisanship comes second.

And Biden has trouble on the horizon. A surge of underage migrants on the southern border has caused a crisis that the new administration, for all its vaunted experience, has struggled to surmount. In addition, some economists worry that Biden’s huge spending bills could increase inflation.

And if Democratic majorities in Congress don’t survive the midterm election in 2022, Biden’s agenda will be stopped dead.

For all those cautions, Biden has succeeded in his first step: He has revoked dozens of Trump’s policies through executive orders and ended Trump’s crusade to defund and dismantle large parts of the federal government.

“He’s restored normal governance — and it’s amazing how quickly,” Kamarck told me. “This administration is almost boring some of the time. That was never the case under Trump.”

Merely by fulfilling that first promise and undoing much of Trump’s legacy in three months, Biden has made a significant impact. He’s already been a more ambitious and more consequential president than some Democrats expected.

But he has a long way to go.

FDR’s most memorable achievements didn’t come in his first 100 days of emergency measures. The bills that established Social Security and the National Labor Relations Board weren’t passed until after his first midterm election, when he helped elect nine more Democrats to the Senate.

If Biden can emulate that trick, he might begin to qualify for Roosevelt’s league — but not until then.