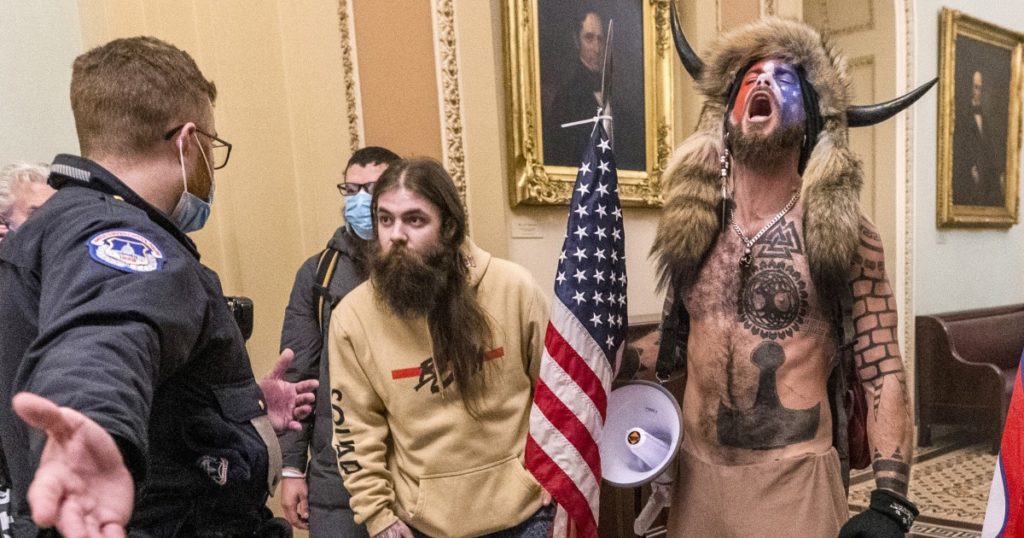 Next weekend, supporters of former President Trump plan to march on Washington in a show of support for the rioters who stormed the Capitol on Jan. 6 and now face federal prosecution.

“We’re going to push back on the phony narrative that there was an insurrection,” one of the organizers explained.

In the rioters’ telling, they invaded the Capitol with baseball bats and bear spray merely to ask Congress and then-Vice President Mike Pence to stop an election they believed to be fraudulent.

Trump had told them that was how the system worked.

“The Vice President has the power to reject fraudulently chosen electors,” the soon-to-be-ex-president had tweeted.

That was a delusion — or, more likely, a deliberate misreading of the law. Pence wisely ignored his boss’ legal advice.

The protests failed, but they left a dangerous precedent. The next time one side doesn’t like the outcome of an election, its most zealous members may well demand that Congress or the vice president step in and reject the votes.

With one new wrinkle: When the votes are tallied after the 2024 election, the vice president in the chair will presumably be Democrat Kamala Harris.

That’s a scenario that ought to worry Republicans as well as Democrats. After all, Republicans often deny that their party has a monopoly on dangerous extremists.

Luckily for both parties, this is one problem Congress actually could solve — or at least greatly diminish. All that’s needed is for the House and Senate to revise their rules for counting electoral votes, most of which come from an 1887 law called the Electoral Count Act.

The statute is a muddled, antiquated mess.

It says Congress is required to accept electoral votes as long as they are “regularly given” — but it’s not clear what those two words mean, so members of Congress can claim they mean almost anything.

It says Congress must consider rejecting a state’s electoral votes if as few as one senator and one House member demand it.

And there’s still the confusion sown by Trump over the role of the vice president, a presiding officer whose name is often on the ballots being counted.

Last month, a bipartisan panel proposed a list of changes to the 1887 law. They would mostly clarify what the majority of legal scholars — and most members of Congress — thought the statute intended all along.

The proposed clarifications would spell out the legitimate grounds for objecting to a state’s electoral votes.

They would raise the threshold for objections higher than just one member from each chamber.

And they would make clear what Pence and all his predecessors appear to have known: The vice president doesn’t have some secret power to rule electoral votes in or out.

“We have to cure the mistakes that surfaced [in January] if we’re going to continue our democratic republic,” said Zach Wamp, a former Republican congressman from Tennessee, who worked on the proposals.

Wamp and Sen. Angus King, the independent from Maine, are trying to recruit cosponsors from both parties for a bill. Wamp told me plenty of Democrats have expressed interest, but his fellow Republicans — presumably worried about blowback from Trump loyalists — are proving hard to get.

He’d like to win support — or at least neutrality — from Senate Republican leader Mitch McConnell of Kentucky, a thoroughgoing institutionalist who clearly agrees with the intent of the proposed reforms.

“This legislation is right up his alley,” Wamp said.

McConnell said as much in the aftermath of Jan. 6, when he delivered a memorably angry speech on the Senate floor.

“The Constitution gives us here in Congress a limited role. We cannot simply declare ourselves a national board of elections on steroids,” he said. “It would damage our republic forever.”

Senate-watchers say McConnell’s likely to duck this battle despite those admirable sentiments. A debate over the myths that made Jan. 6 possible would only reopen his party’s self-inflicted wounds.

But Wamp and other good-government enthusiasts can still dream.

Sen. McConnell: Here’s your chance to pass a bill that would make the Constitution stronger, spare your beloved Senate from endless replays of Jan. 6, maybe save a candidate of your party from an attempt to subvert his election, even write your own wise words into law.