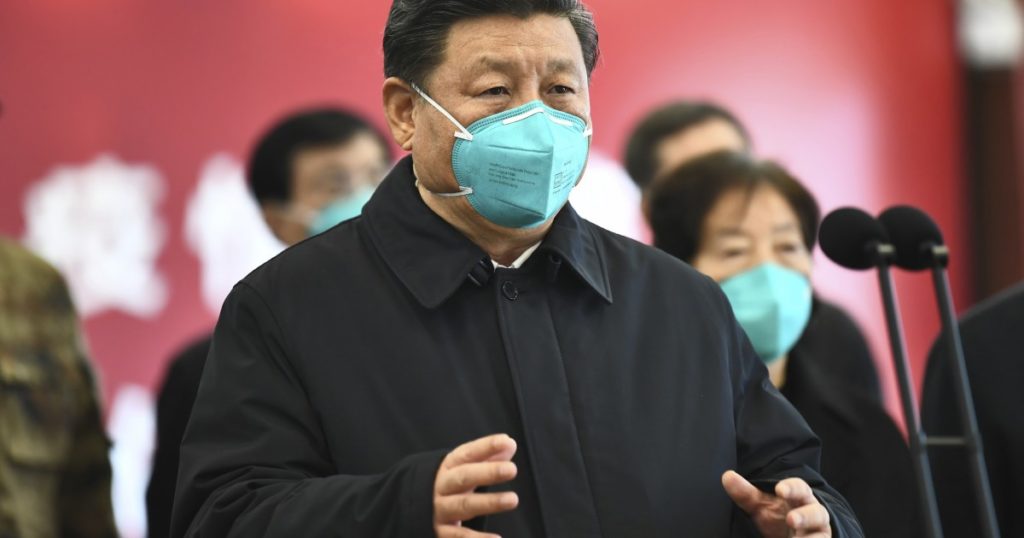 Last week, President Biden set an example that all of us — Democrat and Republican alike — should embrace.

It wasn’t so much what he did — ordering U.S. intelligence agencies to take a new look at the origins of COVID-19, including whether the coronavirus that causes the disease escaped accidentally from a laboratory in China — as it was the mindset that prompted his action.

For more than a year, debate about the origins of the virus has been deeply political, with former President Trump and many of his followers embracing the lab-leak hypothesis, while many of his detractors scoffed at the idea.

Biden took a refreshingly different approach: He’s keeping his mind open to both possibilities and asking for more information to get closer to the truth.

When COVID-19 appeared in the central Chinese city of Wuhan in late 2019, most scientists’ first guess was that it came via an animal-to-human transfer, because that has been a frequent route for viruses to spread.

Chinese officials said the source of the pandemic appeared to be a “wet market” that sold live animals. Wuhan is home to a government-run research center that specializes in studying coronavirus, but officials there said the strain found in humans didn’t match anything they were working on.

Some scientists said the possibility of a lab leak shouldn’t be ruled out, and China hawks led by Sen. Tom Cotton (R-Ark.) said the theory deserved more attention.

Trump initially ignored the issue and even praised China’s government for its “transparency.” But in the spring of 2020, as the pandemic spread uncontrolled across the United States, he began to blame Beijing for what he called the “China plague.”

He told reporters that he had seen secret intelligence suggesting the virus came from a lab. “I think they made a horrible mistake and they didn’t want to admit it,” he said.

Trump’s political motive was transparent. He was under fire for his administration’s chaotic response to the pandemic and he needed someone to blame. “It’s China’s fault,” he said.

And after years of outlandish falsehoods from the president, it was difficult for Trump’s critics to believe him, especially in the absence of any publicly available evidence.

What was often lost, though, was that there was little direct evidence to support either the lab-leak or the wet market hypothesis. The virus’ origin remained stubbornly undetermined — a frustrating fact for those who yearned for a clear, uncluttered narrative.

Over time, paradoxically, that absence of new evidence shifted the scientific debate. Researchers spent months trying to determine what species had spread the coronavirus to humans, and came up empty-handed; maybe the lab-leak theory wasn’t so unlikely after all.

Meanwhile, China’s government remained uncooperative toward outside inquiries. An international team sent by the United Nations’ World Health Organization got only limited access to the Wuhan Institute and its databases. The WHO chief said the results of the visit were inconclusive: “All hypotheses remain open and require further study.” That prompted several groups of scientists, including some who had been skeptics about a lab leak, to write open letters urging a new look at all the possibilities.

In Washington, the U.S. intelligence community had already told Biden — and Congress — that it was divided: Two agencies still leaned toward animal-to-human transmission, one favored the lab-leak idea, but none were certain.

So the president asked them to look again and report back in 90 days.

That didn’t add up to a major change in policy — only an admission that after more than a year, we don’t know much more than when the pandemic began. Francis Collins, the director of the National Institutes of Health, repeated his unchanged diagnosis last week: “It is most likely that this virus arose naturally, but we cannot exclude the possibility of some kind of lab accident.”

This new inquiry may just end in more uncertainty. And even if a scientist or spy finds conclusive proof of how the virus came to be, that won’t change the course of the pandemic, or what governments are doing to combat it.

But it could have consequences in other ways. If the virus came from a lab, there will be a worldwide demand for tougher security standards, not only in China but every other country that does virus research as well. There will be renewed debate over the wisdom of “gain of function” experiments — research that deliberately makes viruses more potent as a step toward devising defenses. And China’s authoritarian government, which has claimed to deal better with the pandemic than democratic countries, will suffer a serious loss of influence and prestige.

Meanwhile, there are lessons here for the rest of us. In scientific disputes, resist the temptation to choose a side based on the politics of the moment; wait until the evidence comes in. And get used to ambiguity. There’s no guarantee that a 90-day study will produce clear answers. Some mysteries are destined to remain unsolved.

On hearing of the new inquiry, Trump, unsurprisingly, saw a very different lesson, but characteristically, it was both self-referential and wrong:

“Now everybody is agreeing that I was right.”