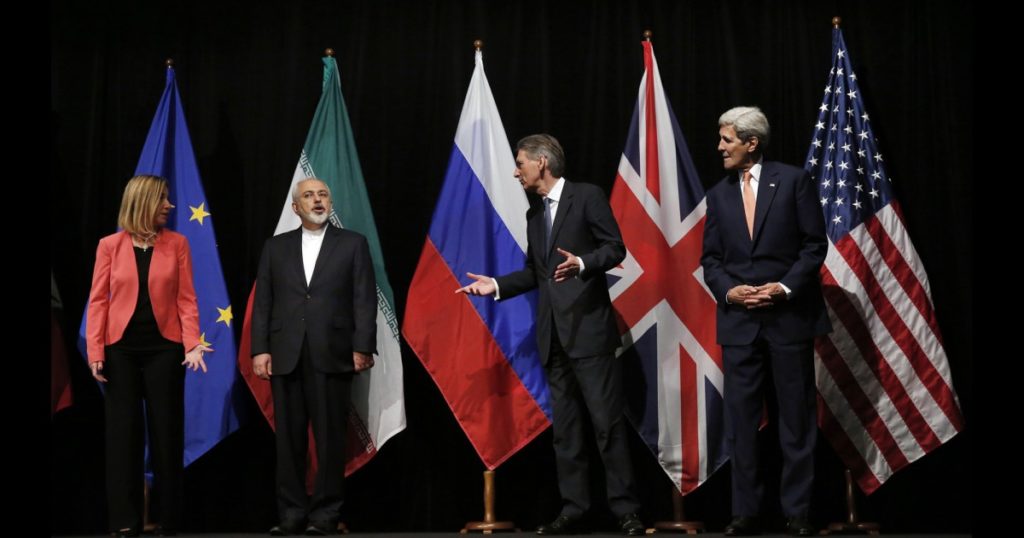 Joe Biden is going to have a lot of complicated issues competing for his attention when he takes office next month. Among the thorniest is Iran.

During his presidential campaign, Biden promised to revive President Obama’s 2015 nuclear deal with the Tehran regime. That’s the one President Trump denounced as toothless and abandoned in 2018.

Since then, Trump has imposed ever more punishing economic sanctions on Iran, but they haven’t caused Iran to bend to his will. Instead, the Tehran regime has retaliated by breaking the nuclear limits; Iran now holds 12 times as much low-enriched uranium as the agreement would have allowed.

It seems as if Biden’s path should be simple: Reverse the Trump sanctions and agree once again to the 2015 deal, which put a lid on Iran’s nuclear program by limiting its ability to enrich uranium. But as a veteran U.S. diplomat reminded me last week, negotiations between the United States and Iran have never been smooth; the two countries have built up a deep store of animosity and mistrust since the Islamic Revolution of 1979.

Last week, Iranian President Hassan Rouhani said his government is willing to return to the Obama-era nuclear limits if the U.S. lifts sanctions. If the new Biden administration “returns to the situation as it was in 2017, then so will we,” he said.

But that’s where the rub will come. Negotiating a step-by-step agreement about which nuclear limits will be reimposed first, which sanctions will be released when, and how Iran’s compliance will be verified will take some delicate diplomacy.

And Biden may have trouble building consensus for a new deal. The 2015 agreement was opposed not only by most Republicans, but by several pro-Israel Democrats, including Senate Democratic leader Charles E. Schumer of New York. Even Sen. Chris Coons of Delaware, a close Biden ally and advisor, has made clear he opposes lifting all of the sanctions Trump imposed, arguing that they give the United States leverage over Iran.

“We’ve built up this presumed leverage,” Michael Singh of the Washington Institute for Near East Policy, a conservative critic of the pact, warned at a conference last week. “We’d be giving it away for nothing in return.”

But here’s why opponents of lifting nuclear sanctions are wrong.

First, for all their purported power as “leverage,” Trump’s sanctions haven’t worked. Yes, they brought Iran’s economy to its knees, but their goal was to compel Iran to change its behavior, and that didn’t happen.

Second, lifting Trump’s sanctions against Iran’s nuclear activities won’t deprive the United States of all its leverage. Trump and earlier presidents also imposed sanctions on Iran over nonnuclear issues, including its ballistic missile program, its support for terrorist groups and human rights abuses. Biden hasn’t offered to relinquish those.

Third, an attempt by Biden to keep some nuclear sanctions would likely be a deal-breaker. Both leaders have offered to return to the terms they agreed to in 2015; if the United States backtracks from Biden’s offer, the Iranians would likely backtrack too.

The bigger problem is that, even if the sanctions are removed, a return to the 2015 deal may be impossible.

“Perhaps the distrust between the two sides is too wide to bridge,” Karim Sadjadpour of the Carnegie Endowment for International Peace warned recently.

For Biden, only one thing is certain: Iran policy will require a major commitment of time and political capital during his first year in office — a time when he will need his main focus to be the COVID-19 pandemic and the U.S. economy.

Here’s one suggestion for improving his chance of success with Iran: Begin by announcing that his administration will make sure Iran can buy COVID-19 vaccines on the international market without running afoul of U.S. sanctions.

The Trump administration said its sanctions did not apply to humanitarian or medical shipments — but it has also imposed cumbersome bureaucratic requirements on banks, suppliers and shipping companies requesting permits for such exports. Biden could streamline that process to demonstrate his interest in a better relationship.

The first priority, as one former U.S. diplomat told me, is to restart normal working conversations with Iran.

“The only way to get anything done is to have regular exchanges and listen to each other,” said John W. Limbert, who was one of 52 American hostages seized at the U.S. Embassy in Tehran in 1979.

Biden doesn’t need this kind of diplomatic tangle to complicate his first year in office. But it’s a problem Trump has left him — and a test of his commitment to steer foreign policy back toward the multilateralist course Obama set.