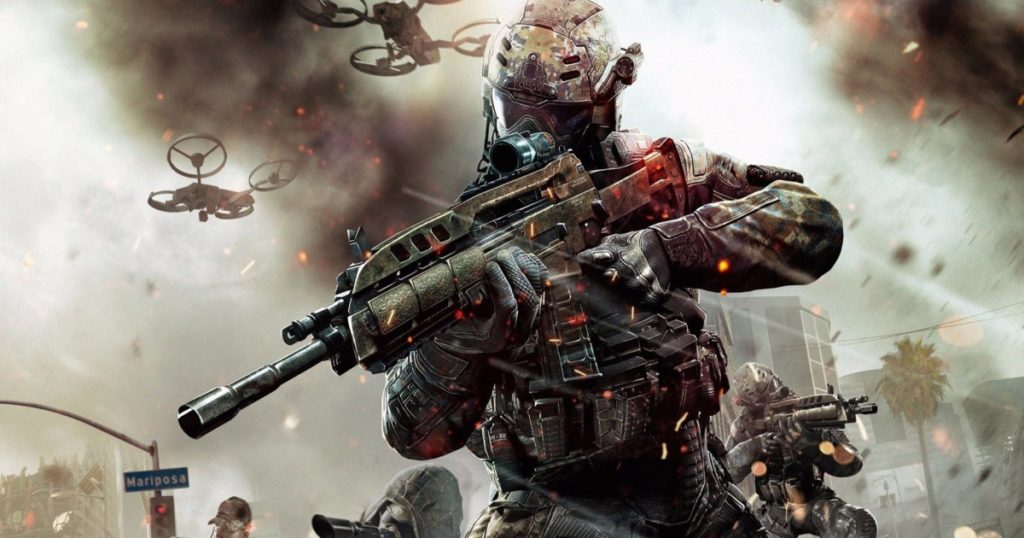 As the father of an avid video game player, I’ve long been fascinated by the economics of the virtual world he inhabits.

Perhaps the biggest development in recent years has been the trend of companies giving away top-notch games that previously might have sold for $60, and then persuading players to spend big bucks on upgrades to enhance their enjoyment or provide a competitive edge.

One of the most common techniques is offering in-game “loot boxes” that players can purchase — with real money — to obtain virtual weapons, unique digital outfits, or “skins,” and other goodies.

However, you find out the randomized contents of the typical loot box only after you spend an average of $3 paying for it. You’re in effect rolling the dice that you’ll get something cool.

Sheldon A. Evans, an assistant law professor at St. John’s University in New York, likens this to pumping quarters into a slot machine. As such, he’s calling for loot boxes to be regulated “as a gambling activity.”

“To non-gamers, this probably sounds kind of silly,” Evans told me. “But it’s a real thing. People are spending lots of money for a chance to win virtual items.”

How much money? One recent forecast estimated gamers will be spending about $50 billion annually on loot boxes within the next two years.

It’s an issue other countries already are taking seriously. For example, a recent survey found that almost two-thirds of British members of Parliament want greater regulation of loot boxes.

In this country, Sen. Josh Hawley (R-Mo.) introduced a bill last year that would ban sales of loot boxes to kids. It hasn’t gone anywhere.

“These items have no value outside the game, and each purchase provides an item to be used within a game,” he said by email.

Evans countered that this is disingenuous.

“Loot boxes are a game of chance,” he said. “The items you can win have a perceived value in the game world. That’s no different from winning money in the real world.”

Evans added that casino-like behavior is being fostered in kids.

“There’s data showing that when you expose children to gambling tendencies, they can develop gambling problems as adults,” he said.

Evans laid out his thinking in a 60-page paper titled “Pandora’s Loot Box,” published last month. It incorporates the findings of dozens of previous game-related studies.

“By examining the perceived value of loot-box rewards, it becomes clear that consumers are driven to gamble for virtual goods based on the value they bestow in the virtual world — irrespective of any real-world value,” the paper says.

“This framework of virtual valuation is key in properly regulating loot boxes as a form of gambling, which plays on the same psychological triggers as do slot machines.”

Prior to the pandemic, I might have viewed this as little more than alarmism. I mean, do we seriously want to treat video games like playing slots in Las Vegas?

Now, however, the stakes are significantly higher.

Market researcher Newzoo estimated in a report last month that total video game sales will surge nearly 20% this year to a record $175 billion — thanks to billions of gamers worldwide being stuck at home and spending hours every day in front of the screen to stave off boredom.

Newzoo is projecting the global video game market will be worth about $218 billion within just a couple of years. U.S. video game sales soared by 24% from a year earlier to $11.2 billion in the third quarter, according to NPD Group.

By contrast, Americans spent about $22 billion on streaming movies and other video-on-demand content during the first nine months of the year, according to the Digital Entertainment Group.

If spending on loot boxes (nearing $50 billion) is roughly double what people now spend on Netflix, Hulu and all other streaming services combined, it seems like this is an issue we’d be foolish to dismiss as mere child’s play.

Case in point: A Reddit user calling himself Kensgold posted an open letter to the video game industry a few years ago lamenting that he’d spent about $10,000 playing “Star Wars Battlefront II.”

“I am 19 and addicted to gambling,” he wrote. “At my worst I was working two jobs and considering dropping out of high school. Please consider how unregulated micro transactions can effect the youth of the world.”

I spoke with my son about this. He said loot boxes were ubiquitous in so-called free-to-play games he devotes hours to every day — games such as “Fortnite” and “League of Legends.”

Mostly my son resists loot boxes because he says you typically don’t get anything good. (Like slot machines, Evans told me, your odds of scoring a top prize are minuscule, “maybe 1 in every 10,000 times you try.”)

What particularly frustrated my son was past titles in the bestselling “Call of Duty” series making their best virtual weapons exclusive to loot boxes.

This all but required serious players to make purchases if they wanted a shot at the most overpowered guns and thus the best chance of winning.

Amid criticism, developers Activision and Infinity Ward did away with loot boxes when they unveiled “Call of Duty: Modern Warfare” last year. There are also no loot boxes in the latest iteration of the game, “Call of Duty: Black Ops Cold War.”

“Fortnite,” for its part, was changed last year by developer Epic Games to make loot boxes transparent and thus more like shopping than gambling. There also are no loot boxes in one of the hottest new games, “Cyberpunk 2077,” which was released Thursday.

Evans said many game developers know that loot boxes can breed bad habits. “But they also know players will pay for the dopamine rush, the excitement, of loot boxes, which is the same thing that happens when you pull the lever on a slot machine.”

That may be changing. An Irvine company called Intellivision Entertainment is making a no-loot-boxes policy a key selling point for the family-friendly game console it plans to introduce next year.

“Our two biggest goals with our consumers are trust and value,” he said. “We personally feel that not having loot boxes stays within that ‘trust and value’ proposition.”

Evans said no-loot-boxes policies such as this are a positive change. But that doesn’t mitigate the need for regulatory safeguards.

Among his proposals are “effective age limitations” for games with loot boxes and caps on how much can be spent.

Evans also is calling for algorithms that can spot problem spending and put a stop to it, as well as “effective taxation to offset the social harms caused by loot boxes, similar to special tobacco and alcohol taxes.”

The game industry would no doubt resist such measures.

The industry “has long provided players and parents with information and tools to make informed decisions and to tailor their gameplay experiences as they wish, for themselves and their families,” said Pierre-Louis at the Entertainment Software Assn.

My sense is that game companies have no one to blame but themselves for encouraging behavior that no responsible parent would condone.

Look, I know how attractive — and, yes, compulsive — video games can be. During the pandemic, it feels like my son has spent more time in the gaming world than in the real world.

It’s only reasonable that if games employ an element of gambling to make money, such wagers be treated as any other form of gambling.

Evans is right: This is “kind of silly.”