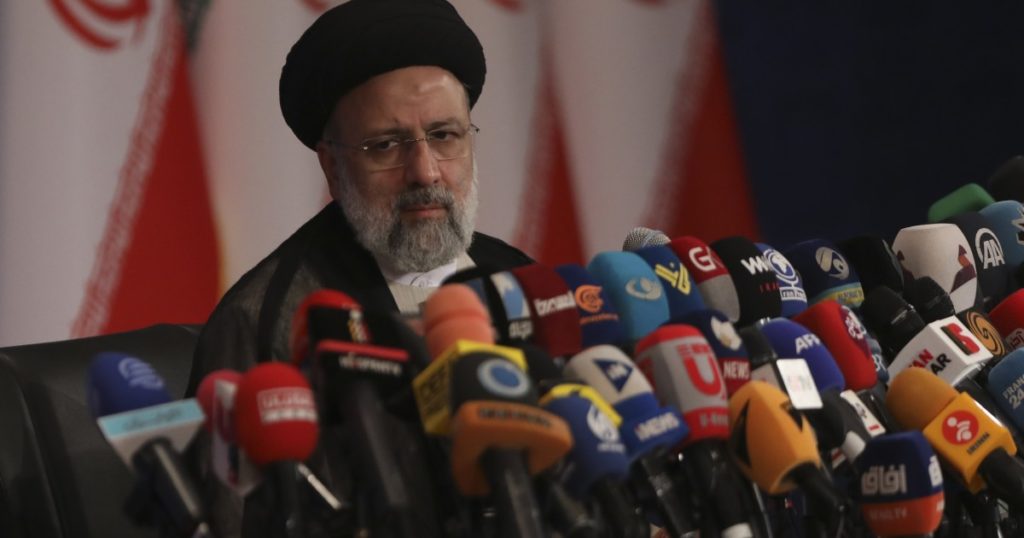 President Biden’s negotiators are moving toward renewing former President Obama’s 2015 nuclear deal with Iran, a deal renounced by former President Trump. If the Biden team succeeds, it will be the biggest foreign policy coup of the president’s first year — as well as a massive political headache.

Trump believed that by canceling the deal Obama had negotiated, he could force Iran to accept far tougher terms. So he walked away, slapping massive economic sanctions on Tehran, and waited for the regime to collapse.

But the mullahs didn’t buckle. Instead, freed from the agreement’s limits, they accelerated uranium enrichment and moved closer to the point at which they could quickly build a bomb.

A renewed agreement would not only halt that progress, but reverse it. And it would reimpose international inspections that made it impossible for Iran to build a nuclear weapon more rapidly than the United States could stop it.

So what’s the problem?

Like many international agreements — and this one involves not only Iran and the United States, but five other countries — the nuclear deal isn’t perfect.

For one thing, it isn’t permanent. Most of its major provisions expire in 2030, which seemed a long time away in 2015 but doesn’t now. After that date, in the absence of a new agreement, Iran could return to increasing its stockpile of enriched uranium.

For another, the deal leaves many other problems unsolved. Beyond nuclear weapons, Iran’s militant Islamist regime challenges U.S. interests across the entire Middle East, supporting anti-American factions in Iraq, Syria, Lebanon and Yemen. The closest U.S. ally in the region, Israel, considers Iran a mortal enemy.

And the Tehran government is a singularly unpleasant regime. It imprisons dissidents, funds organizations the U.S. labels as terrorist and chants “Death to America” on major holidays.

Iran’s supreme leader, Ayatollah Ali Khamenei, is as bitterly anti-American as ever, and the president whose election Khamenei engineered last week, Ebrahim Raisi, isn’t just a hard-liner; he’s guilty of crimes against humanity. In his earlier career as a judge, he presided over the summary execution of an estimated 5,000 political prisoners.

Any deal with a regime like that is an easy target for GOP attacks.

“Religious zealots run the place,” Sen. Lindsey Graham of South Carolina complained this week. “The idea of going back into negotiations with the ayatollah and his henchmen is insane.”

Other critics have complained that the deal will require the United States to lift some economic sanctions, enabling Iran to resume exporting oil. That’s Iran’s reward for accepting renewed nuclear restrictions — but it’s not, as Sen. Ted Cruz of Texas suggested, a transfer of money from the U.S. Treasury.

The gaps in the deal have been criticized by Democrats, too. In March, 140 members of the House of Representatives, 70 from each party, joined a letter urging that any deal extend the nuclear agreement beyond 2030 and address other U.S. concerns, including Iran’s ballistic missile program and its intervention in other countries.

Biden and his aides have promised to tackle those problems — but later. Adding them to the already difficult negotiation, they argue, would make the nuclear deal unreachable.

“We have to keep our eye on the ball,” Jake Sullivan, Biden’s national security advisor, said Sunday, referring to the nuclear problem.

But the administration’s promise of future negotiations on non-nuclear concerns took a hit on Monday from Raisi, Iran’s president-elect. “Regional issues and missiles are not negotiable,” he said.

The promise of a continuing standoff with Iran over those issues offers Republicans a political prize as they look forward to elections in 2022 and 2024: a revival of the ancient GOP theme that Democratic presidents are “soft” on U.S. adversaries.

Republicans have already accused Biden of being “soft on China,” even though he has been tougher than Trump in criticizing Beijing’s human rights policies and ordered an official investigation of claims that the virus that causes COVID-19 leaked from a Chinese research lab.

More laughably, Cruz has accused Biden of being “soft on Russia,” even though the new president has been far tougher on Vladimir Putin than Trump, who often praised the Russian autocrat in effusive terms.

On Iran, though, the charge that Biden’s policies are soft may have a better chance of sticking — in part because his nuclear deal won’t constrain Iran’s behavior on other issues.

Republicans will say the deal was a bust because Iran will still be ruled by Khamenei’s regime. It will still be imprisoning dissidents, proclaiming enmity toward Israel and meddling in the affairs of its neighbors.

The Biden administration insists it will continue some economic sanctions on Iran, and reimpose more stringent ones if necessary. But the “soft on” charge has a long history for Republicans, who have denounced Democrats for being soft on everything from foreign policy and immigration to street crime.

Americans like neat, tidy and conclusive solutions to foreign policy problems, but Iran offers none of those. A new nuclear deal would clearly be better than no deal. But in the broader U.S.-Iranian standoff, no bright future is at hand — only choices among bad outcomes and less-bad ones, and that means political peril for Biden.