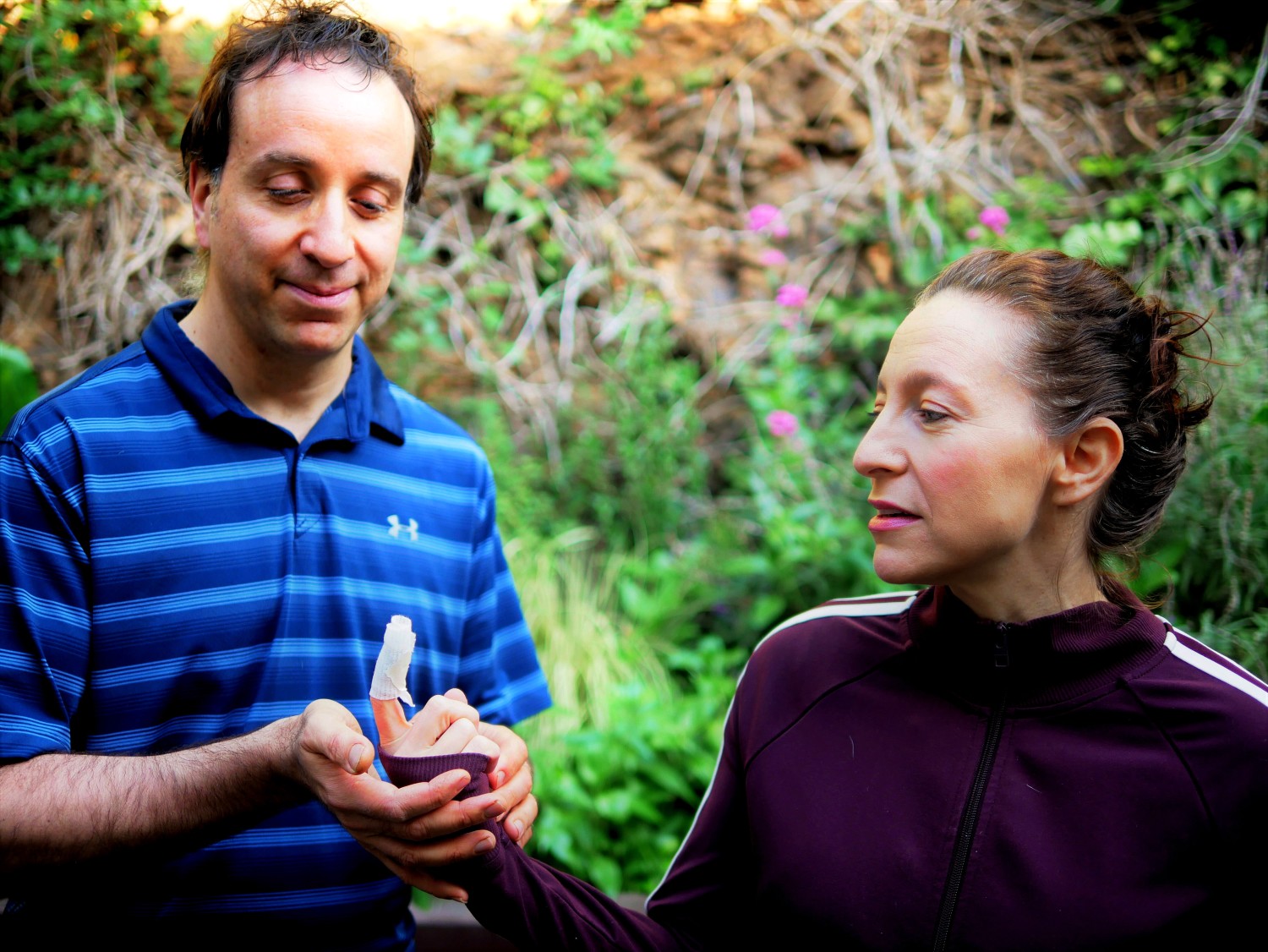 The next time someone tells you “Medicare for all” is socialized medicine and bad for the country, I want you to think back to this column and the story of the $336 Band-Aid.

Christina Gilyutin, 42, was recently in a hurry and accidentally slammed her right index finger in the gate outside her San Francisco home.

It wasn’t a serious injury, but the cut was deep enough to be worrisome.

“There was a lot of blood,” Gilyutin recalled when we spoke the other day. “It hurt more than it should have.”

She drove to an urgent care clinic near her home. A physician assistant examined Gilyutin’s finger and told her she didn’t need stitches.

“She said they could just glue it shut,” Gilyutin told me.

The physician assistant applied a dab of skin adhesive to the wound, then covered it with a Band-Aid and a piece of gauze. The entire procedure, Gilyutin said, lasted about 90 seconds.

You already know what happened next.

The explanation of benefits arrived from Gilyutin’s insurer, Blue Shield of California. It stated that she had received “surgical” treatment and was being billed $336.

And because Gilyutin hasn’t met her deductible for the year, it said, she’d be responsible for $248.83 of the total.

I asked her if the glue, Band-Aid and gauze she received in any way constituted what most people would consider “surgery.”

“Based on my understanding of the English language,” Gilyutin replied, not skimping on the sarcasm, “I’d say no. That would imply we’re all surgeons any time we put on some Neosporin.”

She added that, factoring in the cost of materials, labor and clinical overhead, “$75 probably would be considered generous” for the minute-and-a-half of care she received.

Gilyutin’s husband, Gabriel Desjardins, 43, reached out to Blue Shield to ask whether a mistake had been made. How, he wondered, could the cost of such modest treatment run in the hundreds of dollars?

He received an email a few days ago from a Blue Shield service rep saying the claim for “a simple surgical procedure” had been processed correctly.

Desjardins told me he filed a complaint with the state Department of Insurance but wasn’t sure he wanted to go to war with Blue Shield by appealing a relatively small payment.

For him and Gilyutin, the more pressing concern is what this episode says about the American healthcare system and, especially, what it bodes for people who may not have the luxury of shrugging off a $250 medical charge.

“This bill isn’t going to make or break us,” Gilyutin said. “But any time something like this happens, my heart breaks for people with more serious illnesses or injuries.”

Desjardins voiced frustration that Americans are saddled with such a bizarre healthcare system. He grew up in Canada and holds dual Canadian and American citizenship.

“In Canada,” he said, “there’s no notion of a co-pay. You go into the clinic or hospital, they treat you and you never hear about it again. It’s already paid for.”

What he means is that Canada’s insurance system, like most single-payer systems, is funded by tax dollars instead of premiums, co-pays and deductibles.

This helps to keep expenses in check — governments are harder to push around than individual patients — and generally results in lower out-of-pocket costs for taxpayers.

“You just go to the doctor, and that’s the end of it,” Desjardins said.

I had precisely that experience when I lived in Japan, which also has a single-payer system. I cut my foot one day, hobbled into a clinic, was treated and then was sent on my way. No money changed hands.

It’s a profoundly more humane way to treat the sick.

Since we’re talking about Canada, a quick note: I wrote a year ago that President Trump’s proposal to lower U.S. drug prices by allowing imports from Canada wouldn’t work because Canada isn’t equipped to serve as America’s medicine cabinet.

Canada made that clear last week. It announced measures blocking distribution of drugs outside the country if it would cause or worsen shortages.

“Our healthcare system is a symbol of our national identity and we are committed to defending it,” Minister of Health Patty Hajdu said.

Desjardins’ frustration only grew when he looked into the “surgical” billing code cited by his insurer. The code, 12001, in fact refers to “simple repair of superficial wounds.”

Medicare reimburses physicians only a fraction of the $336 charged to Gilyutin. I couldn’t find a single reference online to a code 12001 reimbursement topping $200. Most were for considerably less.

This too is nuts. Healthcare is the only consumer product where you typically don’t know the cost until after you buy it. Would you purchase a kitchen appliance this way?

Gilyutin said she was given no indication at the urgent care clinic that her brief treatment would cost hundreds of dollars. The clinic is operated by GoHealth Urgent Care in conjunction with Dignity Health.

A Dignity Health spokeswoman punted to GoHealth when I asked about Gilyutin’s bill. A GoHealth spokesman said only that “pricing for services for an insured patient will vary depending on the rates negotiated” with insurers.

In any case, Blue Shield didn’t hesitate to apply a PR Band-Aid to this situation.

A day after I contacted the insurer, Gilyutin received a call from a company exec with the welcome news that Blue Shield would now cover the $248.83 outstanding.

“She said that if we appealed, the administrative cost for Blue Shield would be greater than the cost of covering the treatment,” Gilyutin told me.

Matthew Yi, a Blue Shield spokesman, declined to comment on the remark. But he said the insurer agrees that “healthcare costs are a concern.”

Yi said Blue Shield is taking steps to enhance healthcare access, including “pilot projects to help improve efficiency at provider practices” and “ongoing steps to reduce our own administrative expenses.”

I’m glad this all worked out. But the lunacy of the various components — the goofy bill, the indifferent insurer, the self-serving reversal — highlight how far our healthcare system is out of whack.

Would Medicare for all solve these problems? Maybe not.

But it couldn’t be worse.